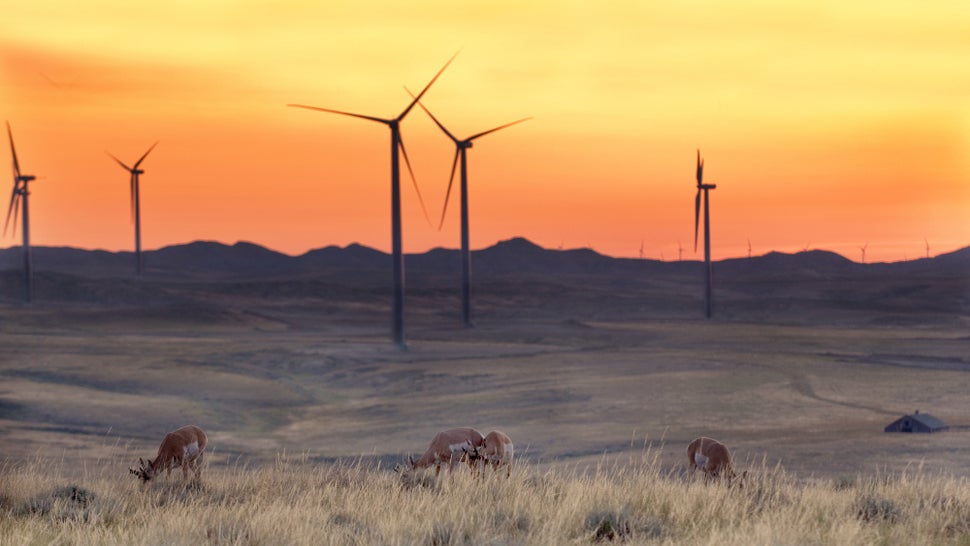 The price of wind and solar is steadily dropping, leading researchers to conclude that CO2 emissions from power production in the US could be significantly reduced within 15 years. And to distribute this energy, they're calling on America to build an "electron superhighway."

Simulations developed by the National Oceanic and Atmospheric Administration (NOAA) and researchers from the University of Colorado, Boulder, have shown that it will soon be economically feasible to collect energy from wind and solar sources, and then move that energy to virtually anywhere in the United States. Their mathematical models pinpointed the best locations to gather that energy, and then calculated the most efficient ways of transporting it to where it's needed most. The details can now be found in Nature Climate Change.

This will have a profound impact on US greenhouse gas emissions, and by extension global warming, since CO2 produced by electricity generation is a major contributor to climate change. In the new study, the researchers concluded that the US could cut greenhouse gas emissions from power production by up to 78 per cent below 1990 levels, while still being able to meet increasing demand.

Solar power is most consistent in the south, according to this latest study, while wind is most consistent in the midwest. The proposed strategy is that energy can be gathered in those prime locations — or any suitable location, for that matter — and transported through a high voltage transmission network, which the researchers liken to an interstate highway of electrical wires. 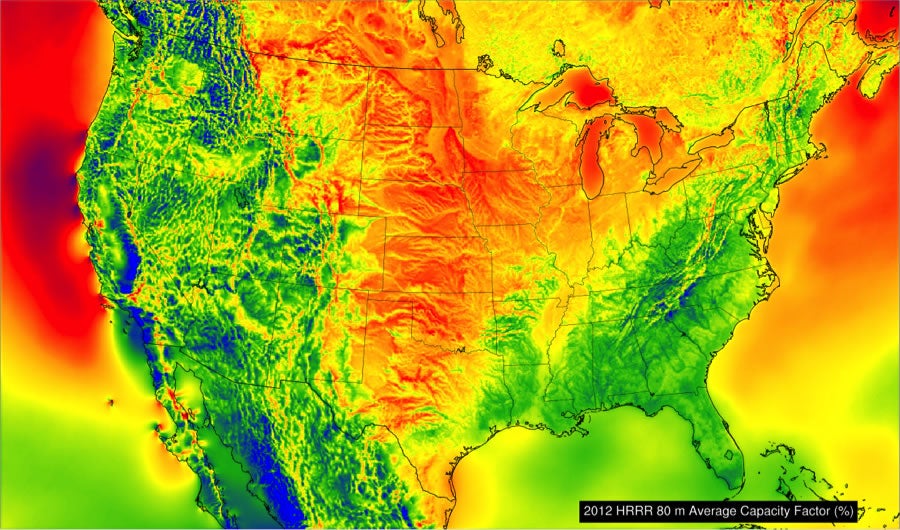 NOAA weather data from 2012 shows the wind potential across the United States. Via Chris Clack/CIRES.

"With an 'interstate for electrons,' renewable energy could be delivered anywhere in the country while emissions plummet," said study co-author Alexander MacDonald of NOAA in a statement. "An HVDC grid would create a national electricity market in which all types of generation, including low-carbon sources, compete on a cost basis. The surprise was how dominant wind and solar could be." 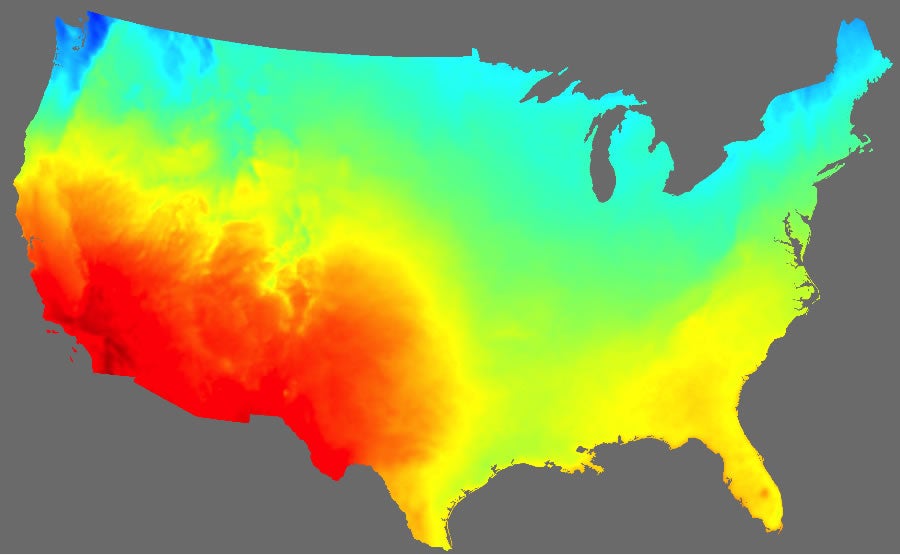 Furthermore, this transition can be accomplished by 2030. As costs continue to drop, renewable energy will eventually be the most economical approach, even when compared to other options, such as coal. Even in scenarios where renewable energy costs exceeded current predictions, the models still produced a system that cut CO2 emissions 33 per cent below 1990 levels by 2030, while delivering electricity at about 8.6 cents ($0.09) per kilowatt hour. For comparison, electricity cost 9.4 cent ($0.06) per kilowatt hour in 2012.

"This study pushes the envelope," said Stanford University's Mark Jacobson, who was not involved in the study. "It shows that intermittent renewables plus transmission can eliminate most fossil-fuel electricity while matching power demand at lower cost than a fossil fuel-based grid — even before storage is considered."