Seeing One Day Pass On Earth From Space Is Beyond Stunning 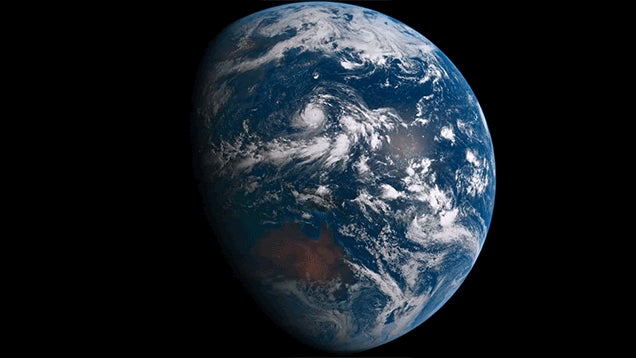 Video: This is what one day looks like on Earth from space. The footage condenses 24 hours of imagery from Japan's Himawari-8 satellite into 12 seconds and shows us how the our beautiful blue marble peels itself from the darkness in unbelievable detail. The reveal of Earth is just beyond words. No planet is as beautiful as Earth and videos like this where we see Van Gogh in the moving clouds mixed with the colours of our land mass projected against the blue, no other planet even comes close. Geo de Graff writes:

Japan's Himawari-8 satellite is in stationary orbit over New Guinea where it captures some truly amazing imagery of the Earth. Every day the satellite captures imagery of the western Pacific, Australia, and parts of Asia, Antarctica & Alaska.

To see Glittering Blue in an even more stunning resolution, click here.