Saturn Reigns As The Undisputed King Of Its Moons 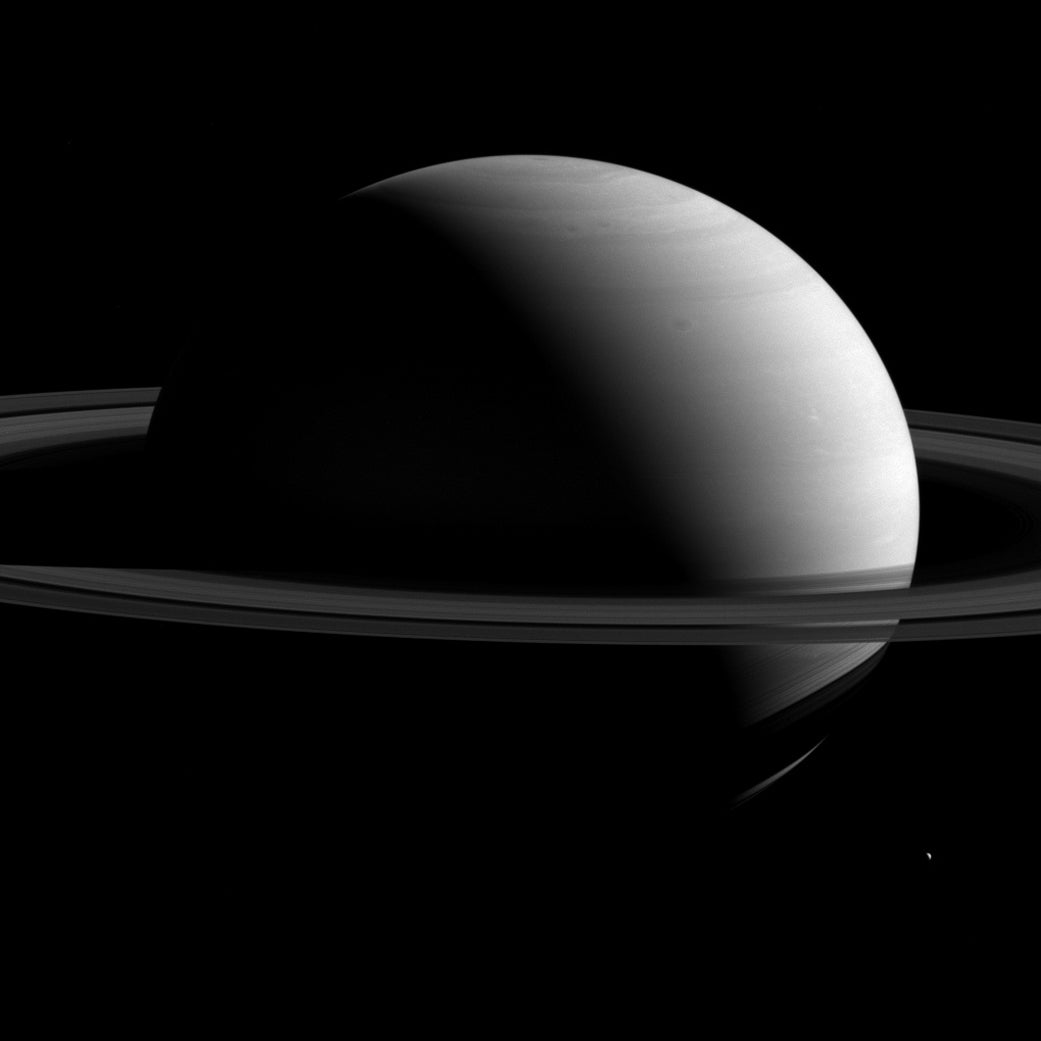 Wow. Saturn is a beautiful planet, a ringed giant of gas and ice, but this really puts its size in perspective. Look at it towering over that tiny moon! Saturn is the second-largest planet in our Solar System behind Jupiter, but it's easy to forget just how big it is when we mostly admire photos with it alone in space with nothing to give scale. The gas giant has a diameter of 116,464km, or roughly ten times the diameter of Earth. But poor li'l Tethys is downright wee next to its gargantuan planet, its mere 1,060km in diameter just a few pixels of the planetary portrait.

Perspective is actually rendering Tethys disproportionately larger than it really is. When the Cassini spacecraft took this freshly-released image back in March 2015, it was 2.5 million kilometres from Saturn but a smidgen closer to Tethys. So while the planet is at a scale of approximately 16km per pixel, the moon is only at 14km per pixel. The moon has also been artificially brightened by a factor of two during image processing to increase its visibility.

Of Saturn's 62 known moons, Tethys is on the large side, ranking far behind Titan but roughly on par with Rhea, Iapetus and Dione. Its density is so low that it's probably nearly entirely water ice, and its gentle cratering suggests that gravitational massage is granting it a relatively young surface. Most famously, it's home to the massive Odysesseus Crater spanning 400km in diameter. When viewed from just the right angle, this distinct crater inevitably elicits comments on how this is no moon, but a Death Star in disguise.

Cassini is currently on its farewell tour of the Saturn system, making final visits to its moons. Next, it will make a daring series of orbits diving within the rings of Saturn before it finally runs out of propulsion and crashes into the gas giant.