Researchers Want To 'Build' Their Own 3D Shark With Beastcam 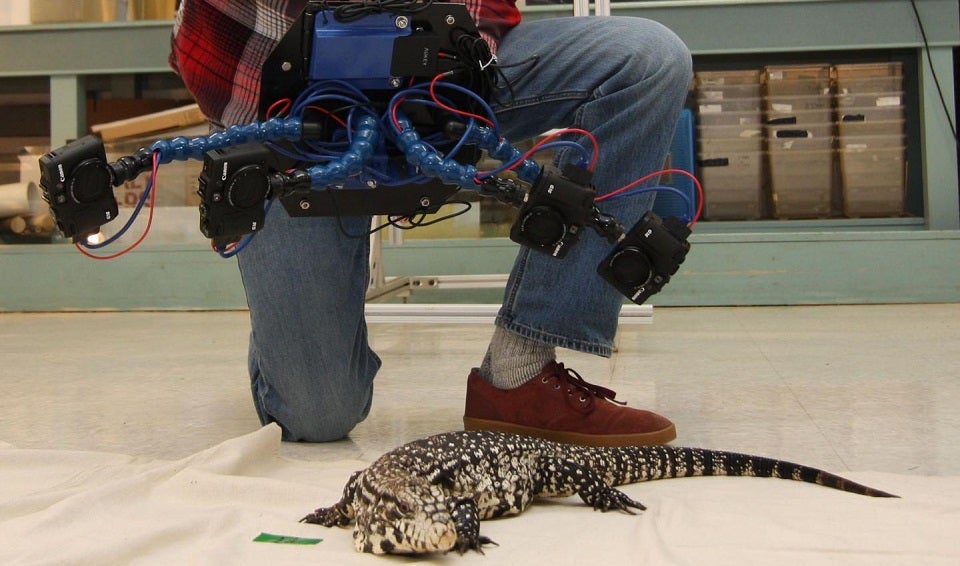 The giant blue crab that is swooping down on that gecko is known to the people of the University of Massachusetts as Beastcam. It can scan a car in 45 seconds flat. Hopefully it can scan a live shark in less. The first step to creating Beastcam was an abject failure. University of Massachusetts, Amherst, professor Duncan J. Irschick had an invigorating trip to Florida, where he used a single camera to scan sharks. He wanted to make 3D models of those sharks, which would allow him and other biologists to compare shark body shapes in detail, study how sharks move and perhaps make an army of robotic river sharks with which to take over the world. Alas, his scans were terrible.

The solution was Beastcam. It's a simple but efficient device with four cameras, each mounted on an adjustable arm. Together, the cameras can take between 2 and 4 photos each second. Those photos get uploaded and are used to make high-quality 3D models. Irschick has already tested it out on geckos from his lab, but one can hardly create a fearsome nautical robo-army with that. He plans to head back down to Florida to take another shot at scanning, and making 3D models of, sharks. This time it looks like he'll succeed.

This is the way the world ends, not with a bang, but with a roboshark army.