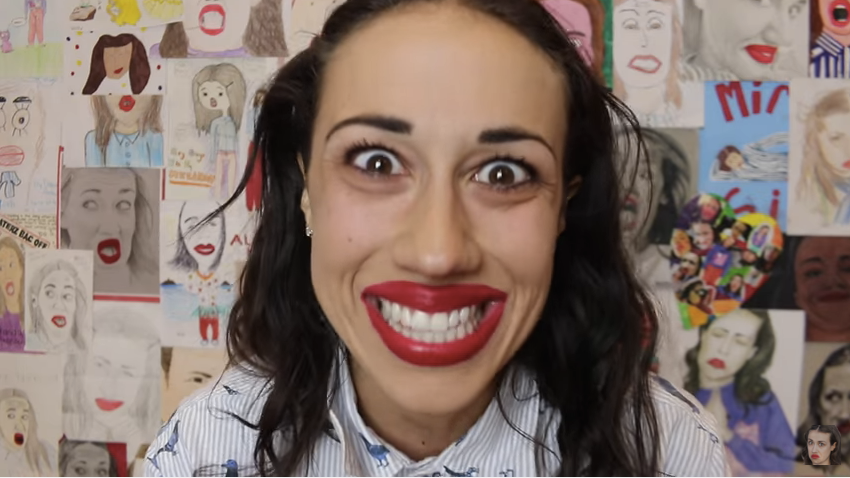 Following in the same vein as the PewDiePie announcement yesterday, today Netflix announced that it was ordering a series based on a YouTuber. This is the future of entertainment, everyone.

Netflix's new show is called Haters Back Off, which is bound to be obnoxious in the same way that the horrible and annoying Miranda Sings character is on YouTube. However, like Selfie or Cougertown, a lack of context breeds contempt. Netflix ordered eight episodes starring Colleen Ballinger-Evans as her YouTube alter ego.

According to EW, the new show will delve into the family life of Miranda who is officially described as "an incredibly confident, totally untalented star on the rise who continues to fail upward by the power of her belief that she was born famous, it's just no one knows it yet." Breathe in the misery of this tweet:

For both Disney and Netflix, tapping into YouTubers is such an easy decision. It's the same thing that fuels remakes and reboots and adaptations and sequels: These things have a built-in audience. Miranda Sings has already been turned into appearances on Victorious and Comedians in Cars Getting Coffee and a New York Times best seller. The YouTube channel has over 5.7 million subscribers. So the Netflix deal is low-risk, high-reward.

I'm looking forward to the eventual YouTuber Cold War between Netflix and Disney, where they stockpile YouTubers like missiles. Soon, we're all going to be forced to take sides.