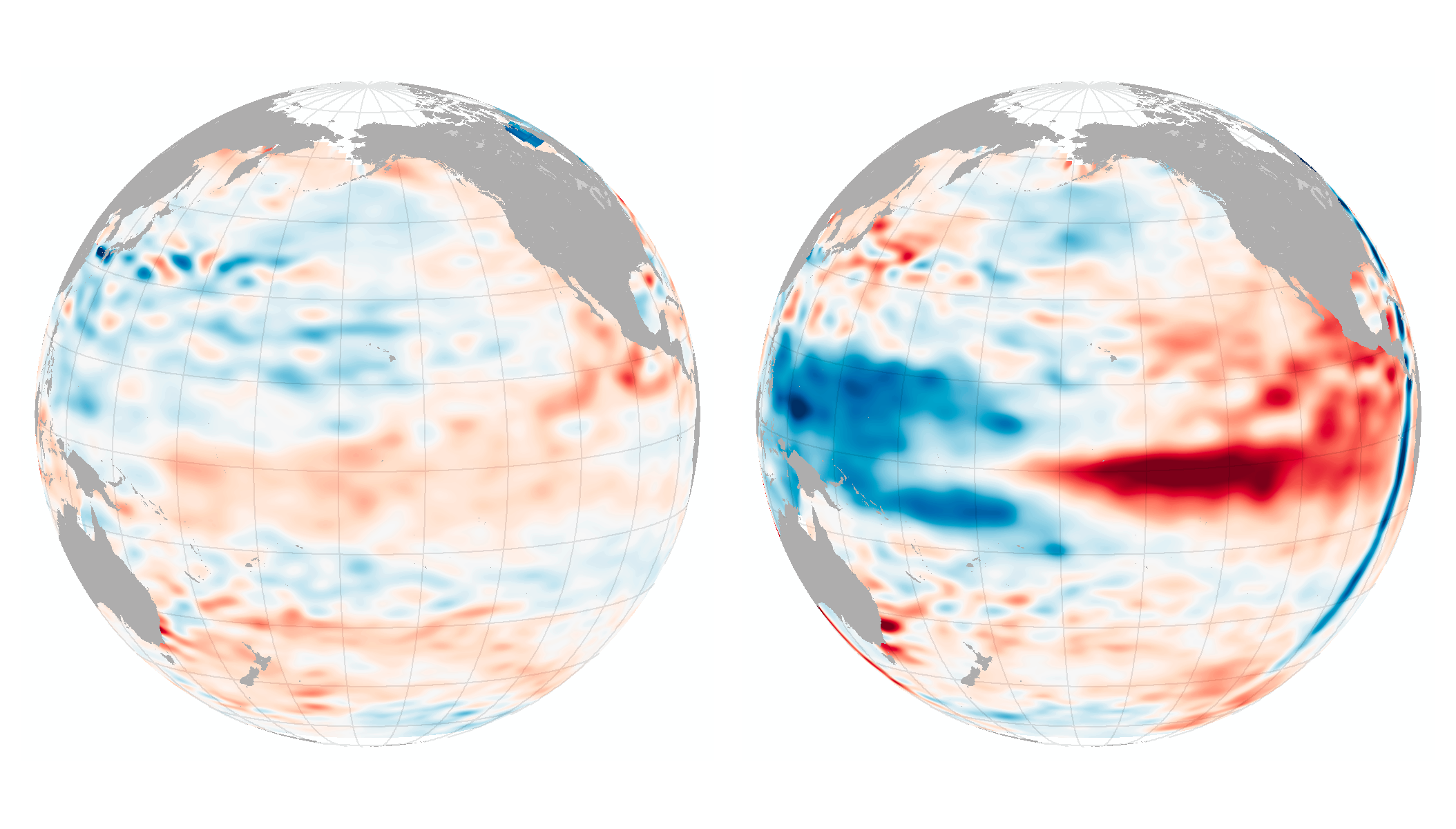 Turns out, El Niño is the worst kind of party guest: the kind that shows up late and ready to rage, only to stumble home puking an hour later. That said, according to NASA, the climate phenomena that's caused so much wacky weather these past 12 months is probably on the downswing. We may have hit peak Niño.

In December, that cauldron hit a roiling boil and soon after, everyone became very aware that El Niño Had Arrived. California saw truckloads of rain, the east coast of the United States saw summertime weather and the North Pole started to melt.

El Niño was a hot mess.

As NASA loves to point out, this year's El Niño looks eerily similar to the 1997-98 El Niño; the strongest one on record. If we assume that we're essentially watching a repeat of '97-98, then the equatorial Pacific should start cooling off right about now.

But we can't be certain for another few weeks, until we've got hard data to back it up. The Jason-2 satellite has been monitoring the El Niño situation from orbit by measuring fluctuations in sea surface height that correlate with ocean temperature (water expands when it warms up, causing the ocean to swell).

Here's what the last the last 12 months look like: 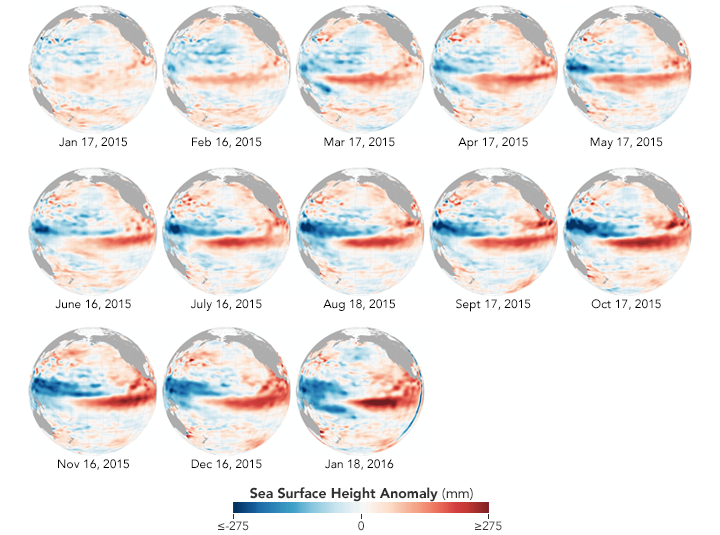 There's one wild card that could throw a wrench in NASA's predictions: global warming. 2015 was the hottest year in the last 135, and it wasn't just El Niño bringing the heat.

That giant cauldron of water may be simmering down, but it's like some idiot started blasting the radiator in the kitchen. Whether the general trend of warming will cause this year's El Niño to kick around a little longer than usual isn't clear.

But assuming we have hit the peak of this year's El Niño, does that mean the weather will start to normalise soon? Don't hold your breath. In a recent statement, NOAA's Climate Prediction Center said that "El Niño has already produced significant global impacts and is expected to affect temperature and precipitation patterns across the United States during the upcoming months... Most models indicate that a strong El Niño will weaken with a transition to ENSO-neutral during the late [US] spring or early summer."

El Niño may be on its way out, but it isn't going home quietly.