Maybe 'More Tech' Isn't The Answer To Every Problem 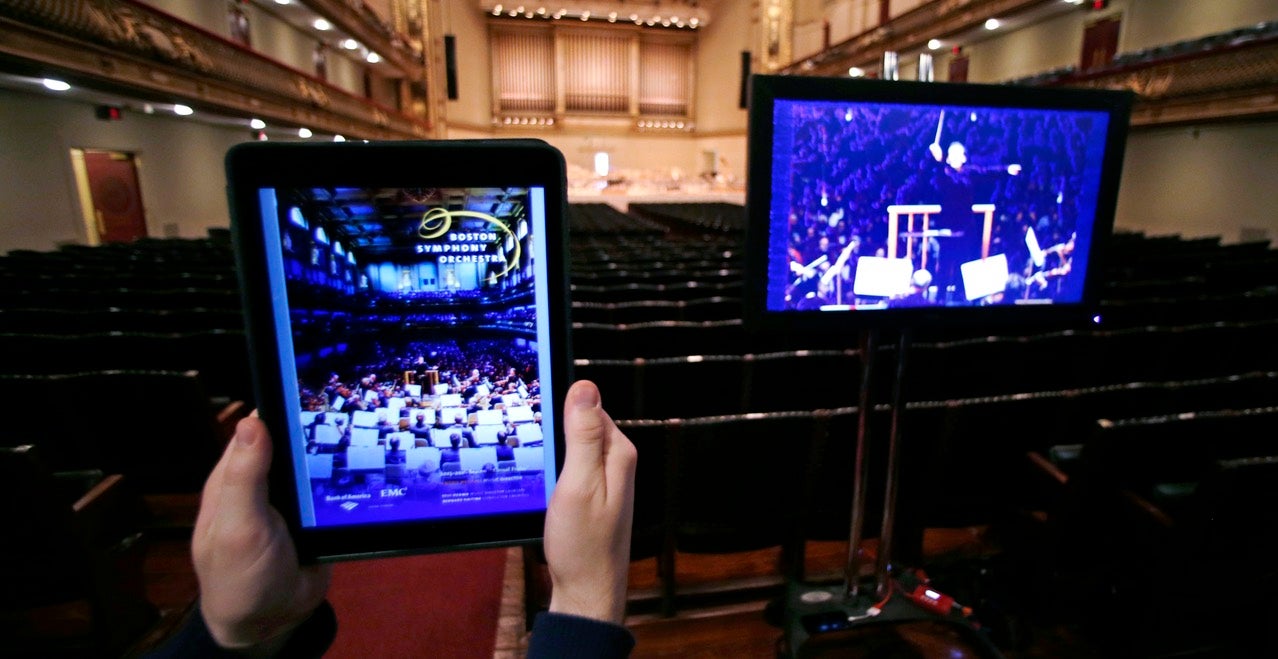 Have you ever been at a concert and thought, "Man, I wish I could listen to a podcast right now?" Well, you're in luck. Because the Boston Symphony Orchestra is now handing out iPads to the audience in order to reach The Youths™. From the Associated Press:

But as part of an effort to draw in a younger audience, the Boston Symphony Orchestra is loaning select patrons iPads loaded with content specific to each performance.

They will be able to view sheet music for the pieces being played, video interviews with musicians, podcasts about the composers and analysis on the works themselves. They will also get a close-up view of the conductor from the musicians' point of view from video monitors set up in the hall.

Emphasis mine. Because… well, because I can't quite wrap my head around the idea that video interviews and podcasts would in any way enhance my enjoyment of a concert.

Listening to a podcast in the car on the way to the concert? Sure. Half-heartedly watching composers on video at home while browsing dank memes? Why not. But not every experience needs a fucking supplemental tablet — especially when your goal is to attract younger people.

More technology isn't always the answer. I know this is a weird thing to read on a technology blog. In fact, it probably makes me sound like a Luddite. But not every experience needs to be "enhanced" or "interactive" or "ribbed for her pleasure".

Again, from the Associated Press:

And the Sacramento Philharmonic and Opera, Virginia Symphony Orchestra are among those offering "tweet seats," specially designated sections where concertgoers are encouraged to interact on Twitter with a concert official as they gave running commentary during select performances.

I realise that I'm wasting pixels at this point. Much like the recent linguistic fight over the word hoverboard, I'm going to have to surrender to the world we live in. And that world includes a desire to focus one's attention on anything but the event you're attending.

What if for a moment during the concert your mind wanders and you're left to think your thoughts? To not share them with the world, or be fed them like a horse at the digital trough? What if you just sat there... thinking? Living inside your own head for more than just a fleeting instant? Contemplating the music washing over you and every regret; every terrible decision you've ever made in your life? Trapped in a concert hall where the walls seem to be closing in as you simply sit there nearly on the verge of tears, wondering why you haven't done more with your brief time on this planet?

I take it all back, bring on the tablets.