In The Maxwell Test Chamber, Nobody Can Hear This Satellite Scream 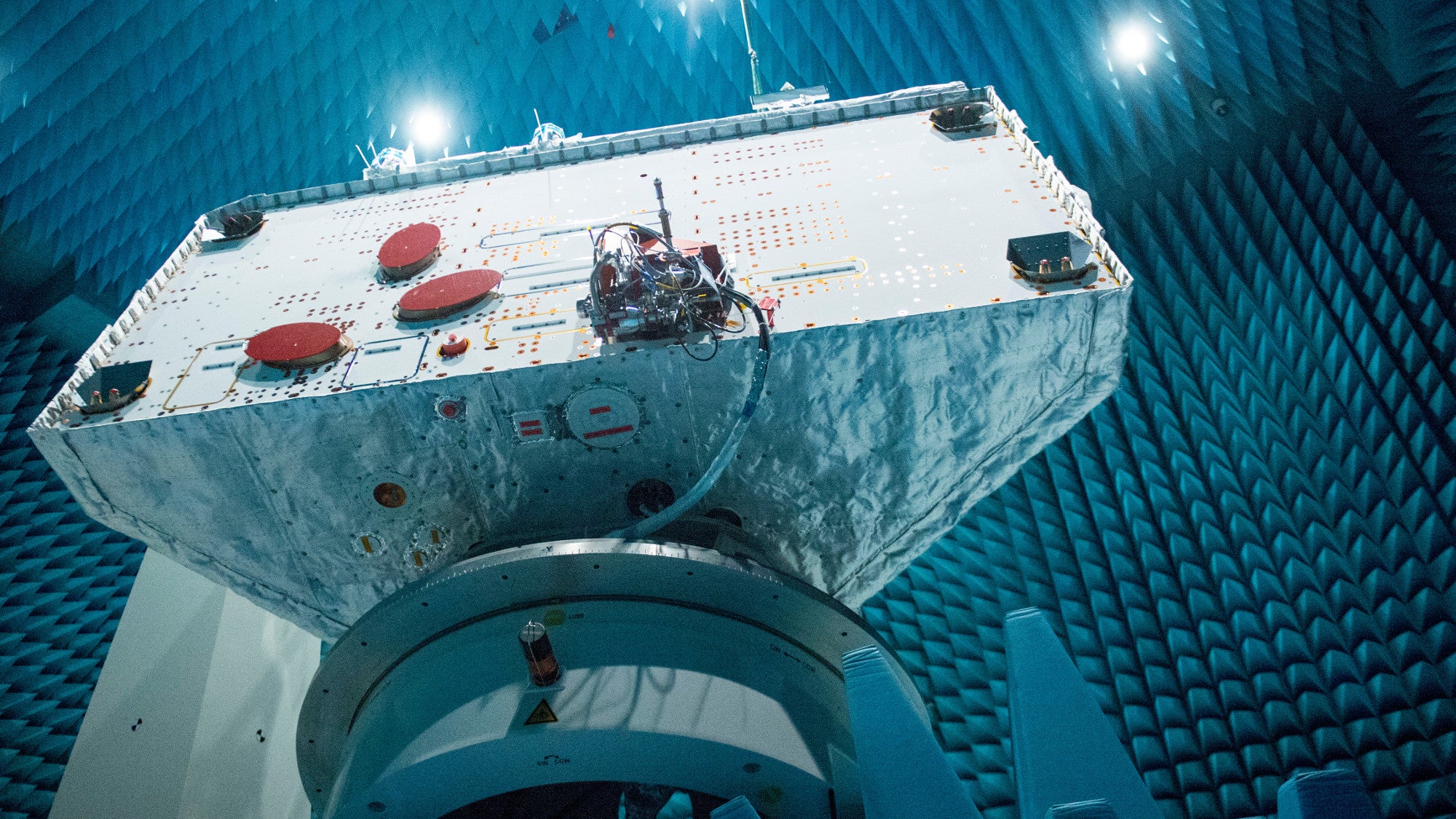 If this satellite looks a little lonely, that's because it is. It's positioned inside the European Space Agency's Maxwell chamber — which blocks out all electromagnetic radiation and silences every sound. Good preparation for space, then.

The Maxwell chamber acts as both a Faraday cage, to block out unwanted electromagnetic signals, and an anechoic chamber, with the pyramidal foam blocks absorbing radio and sound waves to mimic the boundless nature of space.

Here, it's being used to test the forthcoming Mercury Planetary Orbiter. Marco Gaido, from the ESA, explains what's being investigated:

First, we are checking the craft is electrically compatible with the electrical field generated by the Ariane 5 launcher that will deliver it into orbit, with no possibility of interference with BepiColombo's receivers.

Secondly, we are testing if there is any risk of incompatibility between the different subsystems of the spacecraft itself when it orbits Mercury. In particular, we want to check that its trio of antennas on top can communicate properly with Earth.