How To Control Thermite Pyrotechnics With 3D Printing 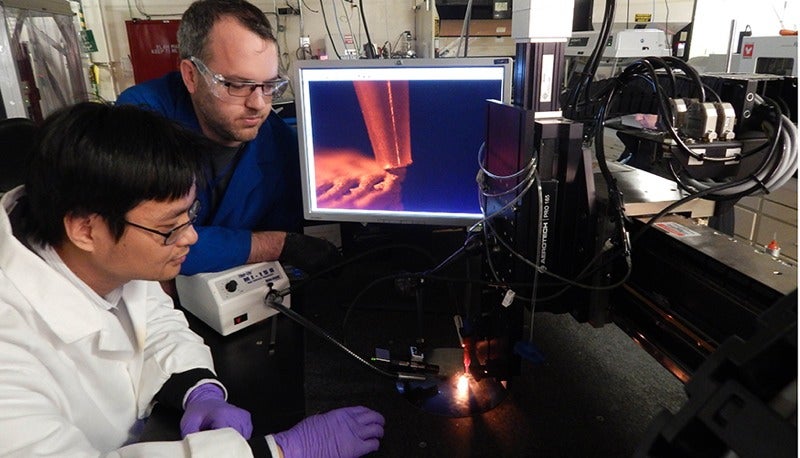 Thermites are a class of materials known for producing dazzling pyrotechnic displays in high school chemistry classes, and they're used in all kinds of real-world applications. But these reactions are very unpredictable, releasing a lot of energy all willy-nilly. Scientists at the Lawrence Livermore National Laboratory (LLNL) have figured out how to use 3D printing to exert more precise control over such materials, describing their work in a new paper in Advanced Materials.

"The big message here is we're showing 3D printing can be used to change the dynamic behaviour of materials," lead author Kyle Sullivan said in a statement. "It's a very promising move forward."

Back in 1893, a German chemist named Hans Goldschmidt was looking into ways to make very pure metals. That's when he found that combining, say, iron oxide and aluminium gives rise to highly localised heat (a so-called exothermic reaction) — three times hotter than molten lava. It's more commonly known as the thermite reaction, and Goldschmidt held the first patent, awarded in 1895. The popular science class version of the experiment used today ramps it up for more eye-popping pyrotechnics:

Goldschmidt's discovery proved especially useful for welding together the tracks for a tram in the town of Essen in 1899. It's still used in thermal welding of railway tracks, repairing the axle frames of locomotives in situ, and metal refining, since there's no need for a lot of complicated heavy equipment. Just focus the intense heat produced by the thermite reaction on whatever spot needs welding and voila!

These days there's an entire class of reactive composite materials, found in car air bags, ejector seats, and fireworks. The US military is especially interested in such materials since they're essentially composites of two nonexplosive solids that don't react chemically until they're "stimulated" in some way — by lighting a fuse, administering an electric shock, zapping them with a laser, or just putting them under intense pressure. Then you get an explosive release of energy. So weapons using these kinds of materials — small bombs or hand grenades, for instance — inflict a lot more damage. (Incendiary bombs made with thermite were popular with both the German and Allied forces during World War II.) 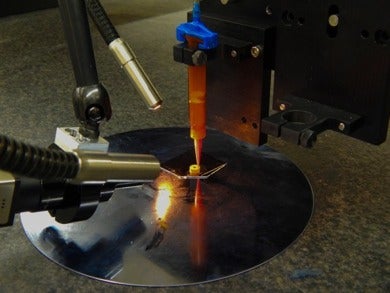 In the past, scientists have tried to exert more control over the behaviour of thermite by changing the chemical formulation, or using smaller particles. The LLNL researchers found they could achieve much more control by creating reactive material architectures (RMAs) from scratch, using direct ink writing.

First they used that 3D printing process to make conductive electrodes organised in a particular geometry, and then coated the surface with a film made up of tiny thermite nanoparticles. "Traditional thermites are random mixtures of materials," LLNL materials scientist Eric Duoss said in the press release. The coating process lets them tailor the exact mix and amount of all the materials used right down to the nanoscale.

The LLNL researchers found they could control the energy release much better just by changing the geometry of the micro architecture. They experimented with various architectures — flats, hurdles, and channels — and will next test out their method using more complicated structures like lattices.