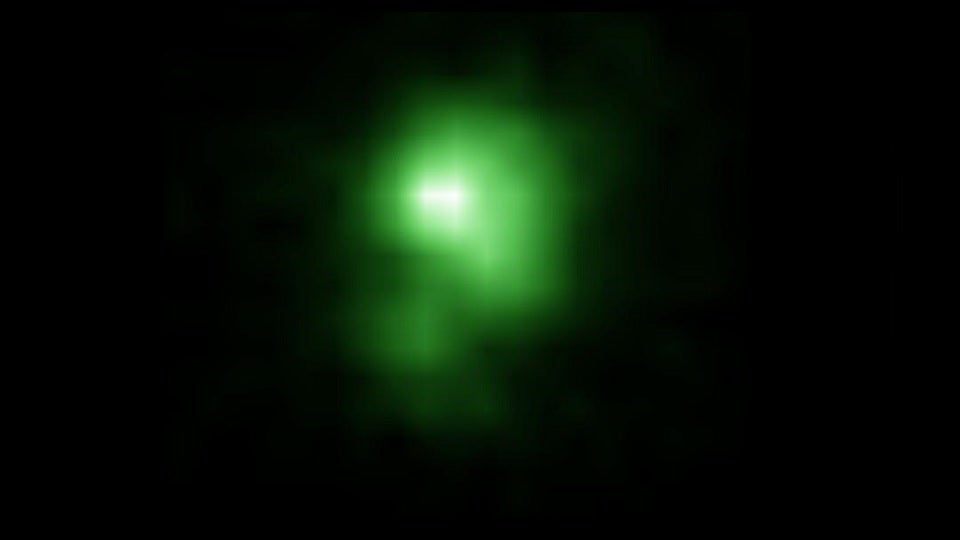 Swiss scientists may have found the answer to a troubling mystery about the early evolution of our universe. After the Big Bang, the universe cooled down for a billion years in a kind of cosmic dark age. But then it mysteriously reheated. Electrons and protons that had been happily joined in hydrogen atoms were ripped apart again during a period known as the "cosmic reionisation". What could have done this? In a new paper in the journal Nature, researchers from the University of Geneva describe their analysis of so-called "green pea" galaxies. No one knew these galaxies existed until 2007. They got their nickname by showing up as light green blobs on the Sloan Digital Sky Survey (SDSS), and because they were such compact little things. But don't let their small size fool you: green pea galaxies are star factories, and they pack a wallop in terms of how much energy they emit.

Since 2013, scientists have suspected they gave off enough energy to ionise hydrogen floating between galaxies. This is no small feat. It's not that hard to strip an electron from a hydrogen atom, but most galaxies have so much dust and debris that their radiation doesn't make it into intergalactic space. So how could the galaxies that existed at the time be capable of emitting sufficient energy to reheat the entire universe?

To prove green pea galaxies were different, the Swiss researchers pored over the SDSS data and found 5000 of them. Then they selected five green pea galaxies among the 5000, and studied them with the Hubble Space Telescope. And they found that one of those galaxies, J0925, isn't just leaking photons capable of ionising hydrogen — those photons are actively being ejected.

This provides a missing piece to the jigsaw puzzle of how the early universe evolved. The Big Bang gave the universe its first kick of heat, after which thing slowly cooled down. Electrons found protons and ions became atoms. After some time, matter condensed even more, forming stars and galaxies.