Ford Wants To Turn Your Car's Back Wheel Into A Batpod

A patent filed by Ford a few weeks ago reveals a rather unorthodox alternative to throwing a bicycle in your boot. Like the Batpod that ejected from the Batmobile in The Dark Knight, the back wheel of your car could quickly transform into a self-balancing electric unicycle. The design resembles the one-wheeled self-balancing RYNO. The seat, handlebars, battery, and upper section of Ford's self-propelled unicycle would hide in your vehicle's boot until, say, you needed to complete the last kilometre of your commute in a crowded city, or just wanted to go for a joyride. 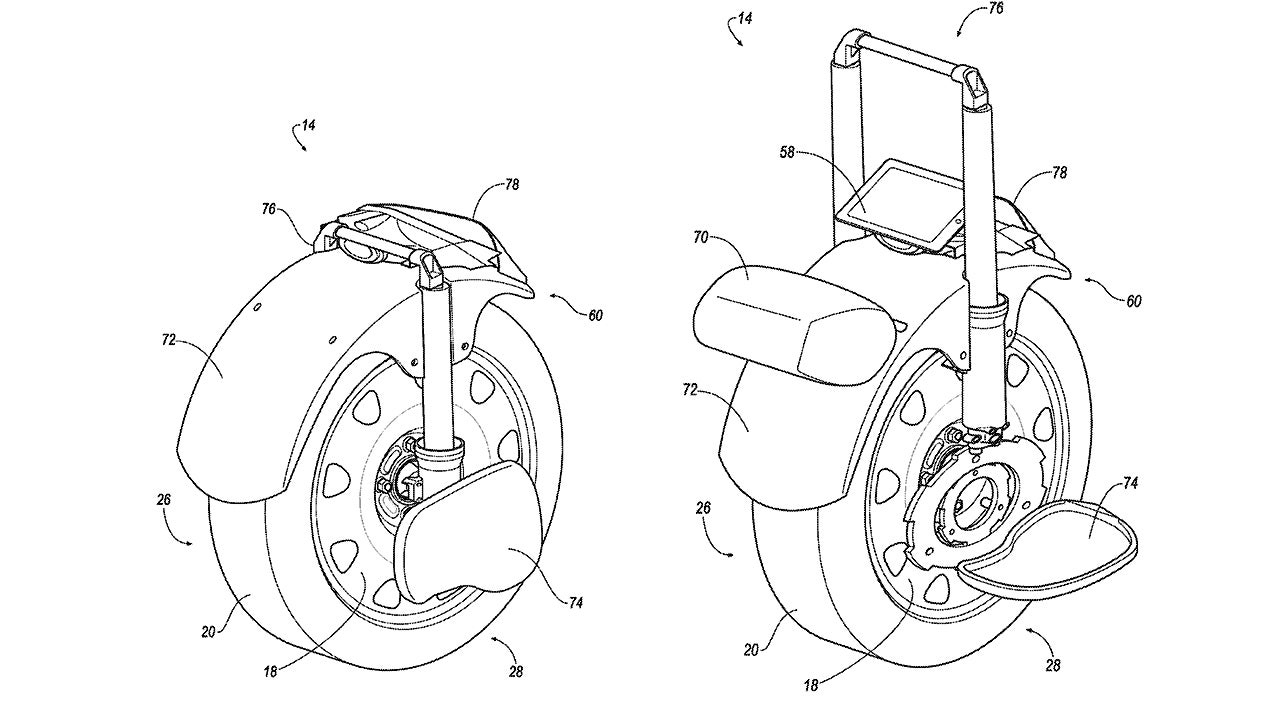 The vehicle would also feature an automated jack system so that raising your vehicle and popping the back wheel off would be a lot easier than it is now when it comes to changing a tyre. And presumably there would be some built-in system to make it easier to merge the wheel with the upper portion of the unicycle because neither part would be particularly light or easy to carry.

Don't go running to your local Ford dealer demanding this feature just yet, though. A filed patent is a far cry from an actual product, and there's no indication that Ford even has a working prototype yet. The company just wants to make sure that no one else, not even Batman, can offer this feature on their rides.