Coming Soon: The Conjuring 2, Zootopia, Reveries Of The Connected World 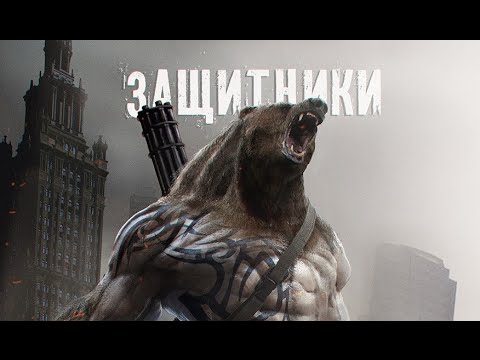 Welcome to the trailer park! This week: Werner Herzog is taking on the Internet in his latest documentary, The Conjuring 2 has a teaser for its teaser, and the Russians are making a really cool-looking superhero film.

James Wan has uploaded the teaser for the first teaser trailer to be uploaded tomorrow. I know right? At least there’s some creepy new footage of the Enfield house.

Synopsis:
“The Warrens travel to England to investigate paranormal activity at a council house in the London Borough of Enfield. Patrick Wilson and Vera Farmiga reprise their roles as paranormal investigators Ed and Lorraine Warren.”

Iconic German documentary-maker Werner Herzog (you’ll recognise the voice) is back, with a fascinating exposé on the connected Internet era we’re creating.

Synopsis:
“Society depends on the Internet for nearly everything but rarely do we step back and recognize its endless intricacies and unsettling omnipotence. From the brilliant mind of Werner Herzog comes his newest vehicle for exploration, a playful yet chilling examination of our rapidly interconnecting online lives. Herzog documents a treasure trove of interviews of strange and beguiling individuals—ranging from Internet pioneers to victims of wireless radiation, whose anecdotes and reflections weave together a complex portrait of our brave new world. Herzog describes the Internet as ‘one of the biggest revolutions we as humans are experiencing,’ and yet he tempers this enthusiasm with horror stories from victims of online harassment and Internet addiction.”

Synopsis:
“In a city of anthropomorphic animals, a fugitive fox con artist and a rookie rabbit cop must work together to uncover a conspiracy.”

If you missed the new Deadpool trailer over the Christmas break, catch up now!

Synopsis:
“Deadpool is directed by visual effects veteran Tim Miller, making his feature directing debut, with a script from Zombieland writers Rhett Reese and Paul Wernick. Ryan Reynolds reprises the titular character he originated in X-Men Origins: Wolverine, a disfigured and mentally unstable mercenary known for his or his sarcastic, talkative nature and his tendency to break the fourth wall.”

The man behind Borat and The Dictator is taking on London and MI5. Yay?

This Russian superhero flick is a little out of nowhere, though the trailer definitely makes me want to give it a watch. Our friends over at io9 have a little more info.

Synopsis:
“During the Cold War, an organization called ‘Patriot’ created a super-hero squad, which includes members of multiple soviet republics. For years, the heroes had to hide their identities, but in hard times they must show themselves again.”