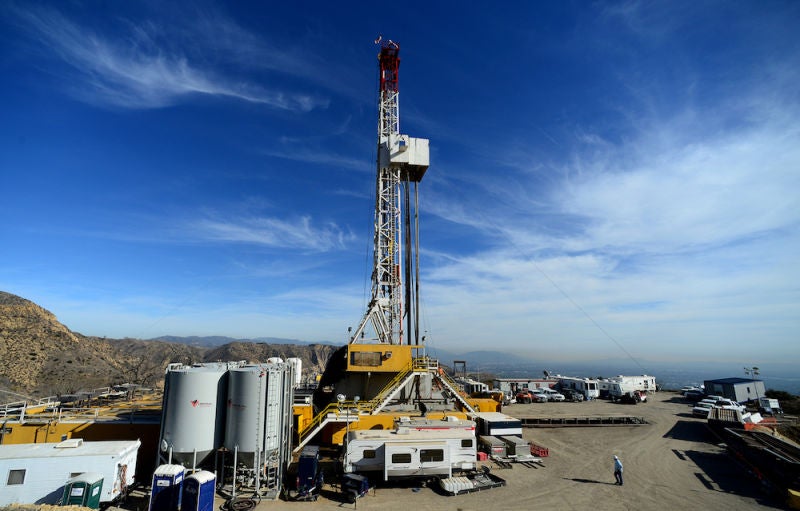 California has declared a State of Emergency for the Southern California Gas Company gas leak in Porter Ranch — the largest natural gas leak ever recorded, which has been going on since last year. What took so long? The gas leak, which has spewed 49,895kg of natural gas per hour since October 2015, caused thousands of residents to relocate after complaining about sore throats and headaches for months.

While engineers still haven't pinpointed the exact cause of the leak, ageing infrastructure could be to blame. The Aliso Canyon Underground Storage Facility (where the leak took place) has lacked a crucial safety valve since 1979.

Now that California Governor Jerry Brown has (finally!) made this declaration, it means that "all state agencies will utilise state personnel, equipment, and facilities to ensure a continuous and thorough state response to this incident," according to a statement.

By declaring an emergency, Brown is freeing up government resources to prioritise fixing the leak. It's a positive step, but woefully overdue.

Here's the full text of the proclamation:

PROCLAMATION OF A STATE OF EMERGENCY

WHEREAS on October 23, 2015, a natural gas leak was discovered at a well within the Aliso Canyon Natural Gas Storage Facility in Los Angeles County, and Southern California Gas Company's attempts to stop the leak have not yet been successful; and

WHEREAS many residents in the nearby community have reported adverse physical symptoms as a result of the natural gas leak, and the continuing emissions from this leak have resulted in the relocation of thousands of people, including many schoolchildren; and

WHEREAS major amounts of methane, a powerful greenhouse gas, have been emitted into the atmosphere; and

WHEREAS the Department of Conservation, Division of Oil, Gas and Geothermal Resources issued an emergency order on December 10, 2015 prohibiting injection of natural gas into the Aliso Canyon Storage Facility until further authorised; and

WHEREAS the California Public Utilities Commission and the Division of Oil, Gas and Geothermal Resources — working closely with federal, state and local authorities including the California Attorney General and the Los Angeles City Attorney — have instituted investigations of this natural gas leak and have ordered an independent, third-party analysis of the cause of the leak; and

NOW, THEREFORE, given the prolonged and continuing duration of this natural gas leak and the request by residents and local officials for a declaration of emergency, I, EDMUND G. BROWN JR., Governor of the State of California, in accordance with the authority vested in me by the State Constitution and statutes, including the California Emergency Services Act, HEREBY PROCLAIM A STATE OF EMERGENCY to exist in Los Angeles County due to this natural gas leak.

IT IS HEREBY ORDERED THAT:

1. All agencies of state government shall utilise all necessary state personnel, equipment, and facilities to ensure a continuous and thorough response to this incident, as directed by the Governor's Office of Emergency Services and the State Emergency Plan.

2. The Governor's Office of Emergency Services, in exercising its responsibility to coordinate relevant state agencies, shall provide frequent and timely updates to residents affected by the natural gas leak and the appropriate local officials, including convening community meetings.

3. The California Public Utilities Commission and the California Energy Commission shall take all actions necessary to ensure that Southern California Gas Company maximizes daily withdrawals of natural gas from the Aliso Canyon Storage Facility for use or storage elsewhere.

4. The Division of Oil, Gas and Geothermal Resources shall direct Southern California Gas Company to take any and all viable and safe actions to capture leaking gas and odorants while relief wells are being completed.

5. The Division of Oil, Gas and Geothermal Resources shall require Southern California Gas Company to identify how it will stop the gas leak if pumping materials through relief wells fails to close the leaking well, or if the existing leak worsens.

7. The Division of Oil, Gas, and Geothermal Resources shall continue its prohibition against Southern California Gas Company injecting any gas into the Aliso Canyon Storage Facility until a comprehensive review, utilising independent experts, of the safety of the storage wells and the air quality of the surrounding community is completed.

8. The California Air Resources Board, in coordination with other agencies, shall expand its real-time monitoring of emissions in the community and continue providing frequent, publicly accessible updates on local air quality.

9. The Office of Environmental Health Hazard Assessment shall convene an independent panel of scientific and medical experts to review public health concerns stemming from the gas leak and evaluate whether additional measures are needed to protect public health beyond those already put in place.

10. The California Public Utilities Commission and the California Energy Commission, in coordination with the California Independent System Operator, shall take all actions necessary to ensure the continued reliability of natural gas and electricity supplies in the coming months during the moratorium on gas injections into the Aliso Canyon Storage Facility.

11. The California Public Utilities Commission shall ensure that Southern California Gas Company cover costs related to the natural gas leak and its response, while protecting ratepayers.

12. The California Air Resources Board, in consultation with appropriate state agencies, shall develop a program to fully mitigate the leak's emissions of methane by March 31, 2016. This mitigation program shall be funded by the Southern California Gas Company, be limited to projects in California, and prioritise projects that reduce short-lived climate pollutants.

13. The Division of Oil, Gas and Geothermal Resources shall promulgate emergency regulations requiring gas storage facility operators throughout the state to comply with the following new safety and reliability measures:

b. Require ongoing verification of the mechanical integrity of all gas storage wells.

e. Establish minimum and maximum pressure limits for each gas storage facility in the state.

f. Require each storage facility to establish a comprehensive risk management plan that evaluates and prepares for risks at each facility, including corrosion potential of pipes and equipment.

14. The Division of Oil, Gas and Geothermal Resources, the California Public Utilities Commission, the California Air Resources Board and the California Energy Commission shall submit to the Governor's Office a report that assesses the long-term viability of natural gas storage facilities in California. The report should address operational safety and potential health risks, methane emissions, supply reliability for gas and electricity demand in California, and the role of storage facilities and natural gas infrastructure in the State's long-term greenhouse gas reduction strategies. This report shall be submitted within six months after the completion of the investigation of the cause of the natural gas well leak in the Aliso Canyon Storage Facility.

I FURTHER DIRECT that as soon as hereafter possible, this proclamation be filed in the Office of the Secretary of State and that widespread publicity and notice be given of this proclamation.

IN WITNESS WHEREOF I have hereunto set my hand and caused the Great Seal of the State of California to be affixed this 6th day of January 2016.