Aww Yeah, The James Webb Space Telescope Has Half Its Mirrors! 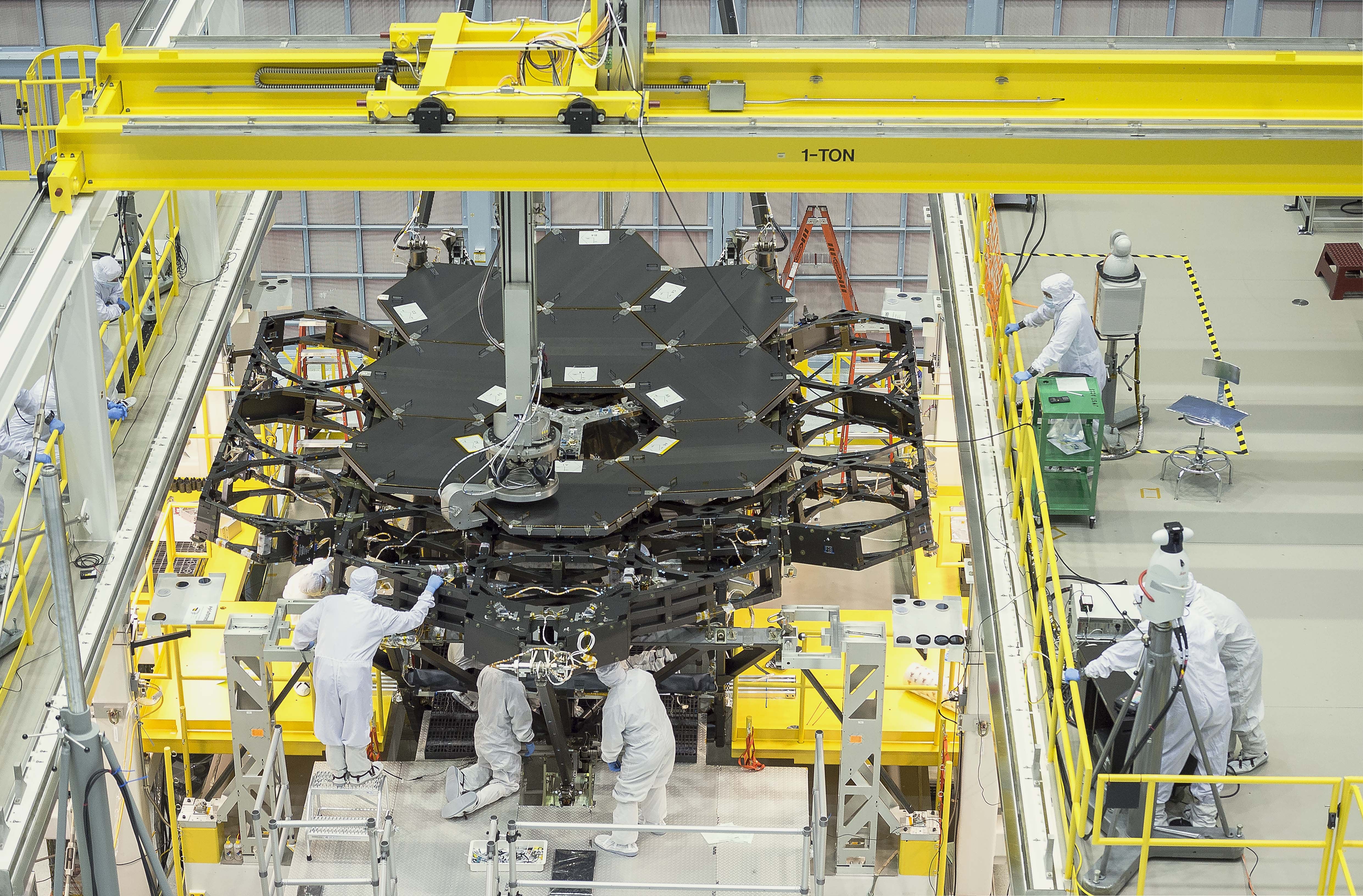 With the James Webb Space Telescope's 9th of 18 mirror segments installed as of last week, we're that much closer to hunting for signs of life on alien worlds and making our universe a little less lonely. 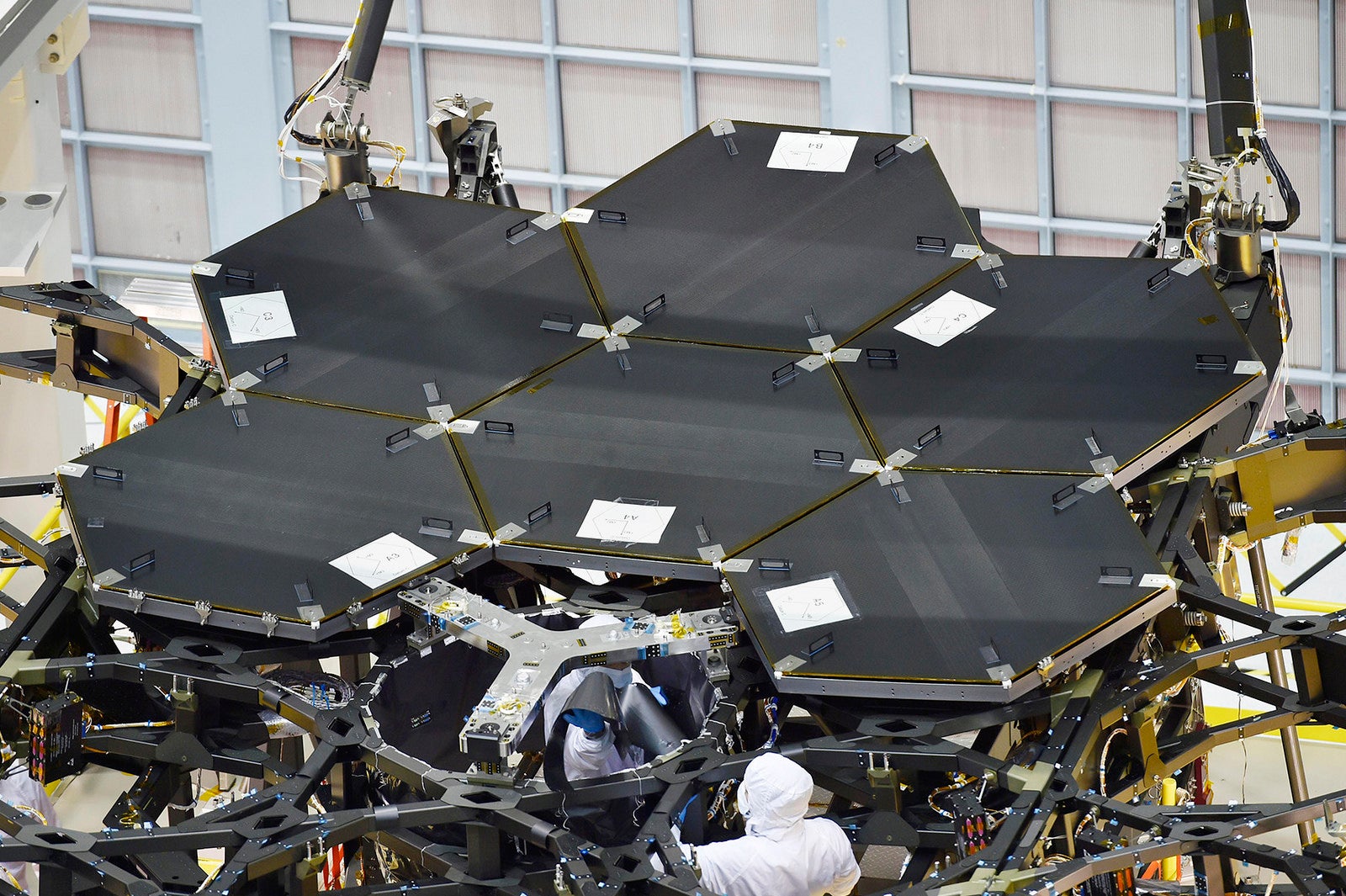 A third of the mirrors were installed by 17 December, 2015, but now we're up to a full half! Image credit: NASA/Chris Gunn

Telescope construction is no easy business. We've followed along as>parts were shipped across the country, the support structure was tested, its sunshields were assembled and its first mirror hung.

Now we're pleased to celebrate that as of 22 December, fully nine of the eighteen primary mirror segments are polished to perfection and nestled snugly in place. 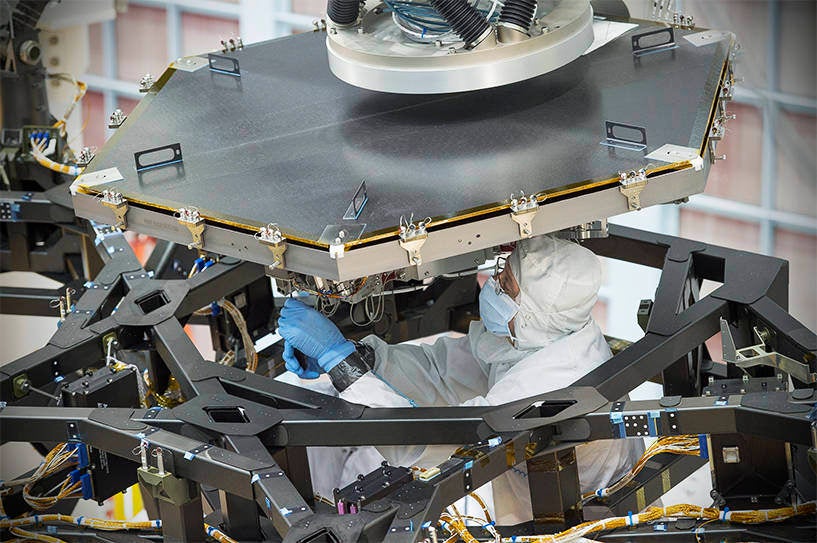 The hexagonal mirror segments are 1m, 8cm in diameter, and fit together to form a single 6m, 10cm primary mirror for the telescope. The unique construction allows the telescope to tuck into a smaller volume for launch then unfold in mechanical origami once in space. It also allow for a much larger primary mirror: when completed, the James Webb Space Telescope will dwarf Hubble with its capacity to gather light. 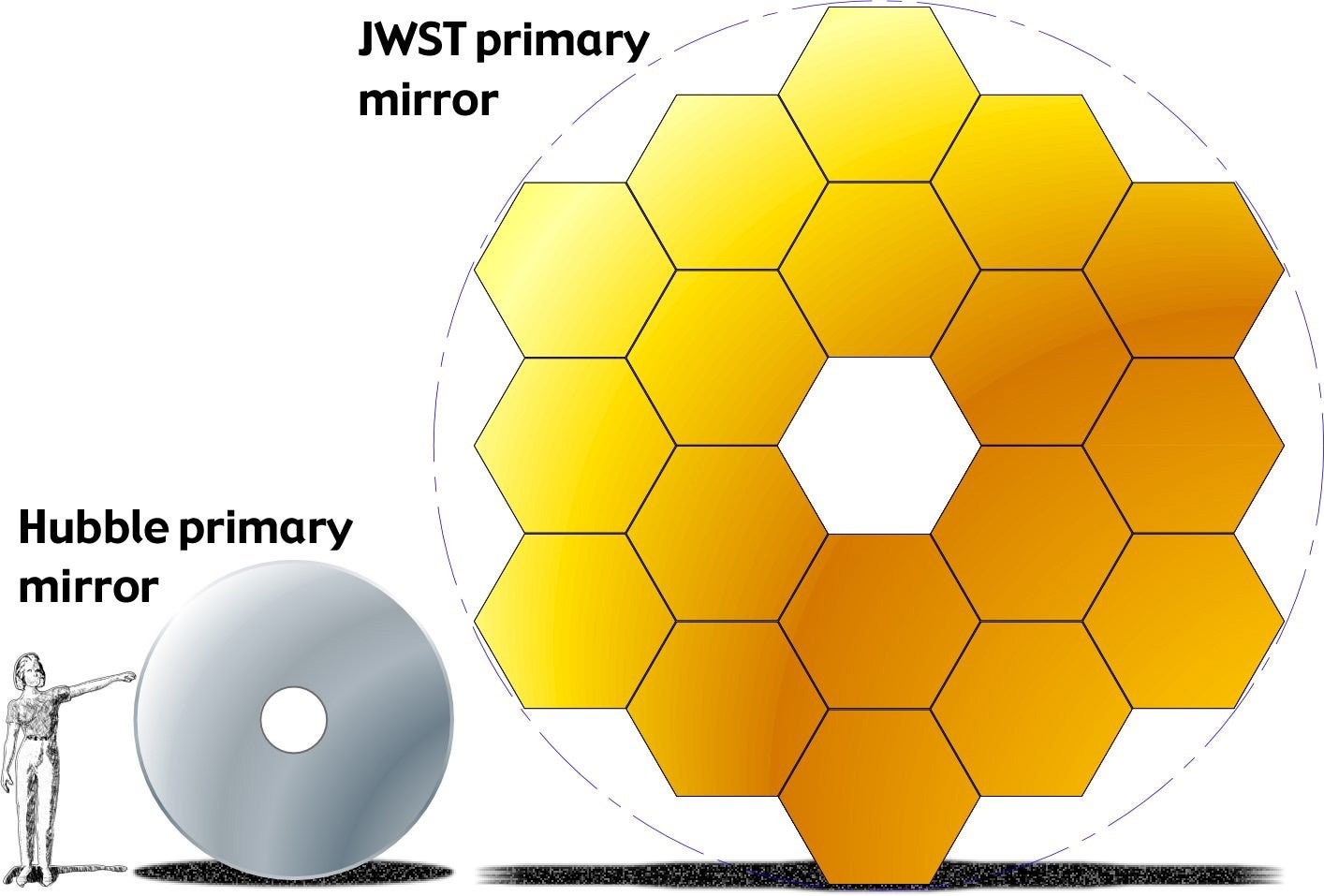 Hubble is but a wee speck of glass compared to the enormous James Webb. Image credit: NASA

You can watch construction from home by peeking in on the cleanroom webcam. The team is currently on break, but mirror assembly will continue in the new year. The telescope is currently scheduled to launch in 2018. 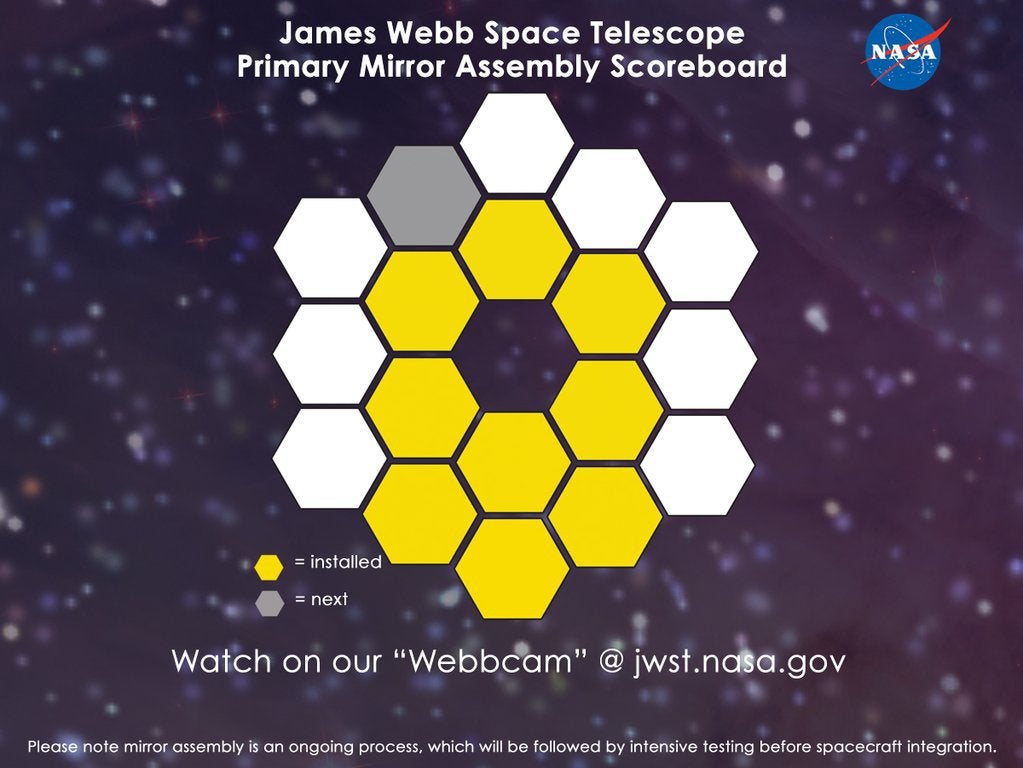