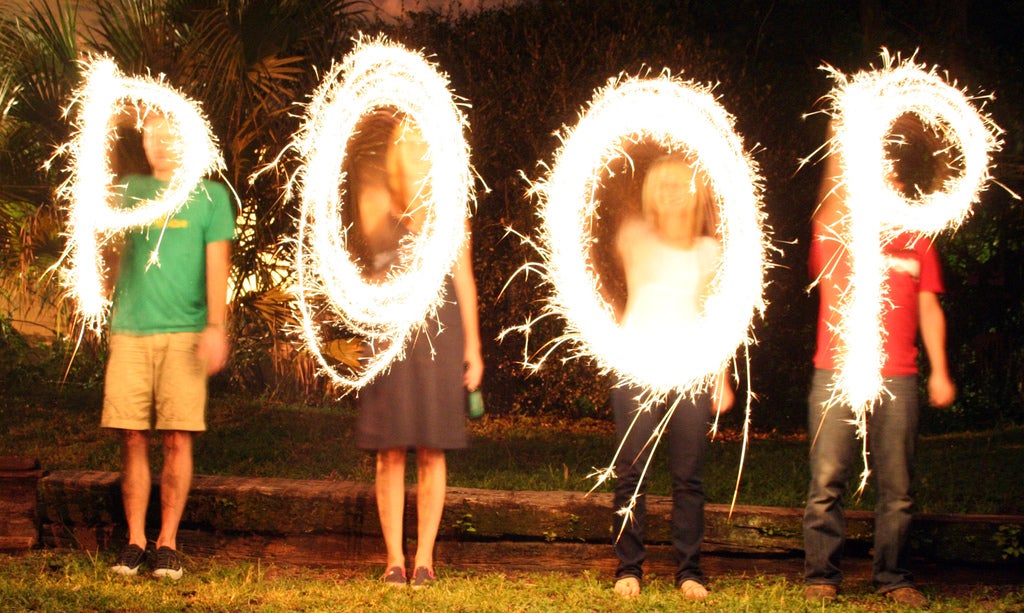 The simple act of pooping is one of the most universal experiences on the planet. Let's celebrate our similarities with 18 bits of fascinating, little-known facts about faeces!

1. It's not totally clear why coffee makes you poop

Caffeine may be partly responsible, but studies conducted with anal probes show that even decaf triggers contractions along the last couple of stops on the #2 Metro that is your large intestine (a terminal stretch of bowel that science calls the rectosigmoid colon). What's really intriguing, however, is that these contractions have been shown to begin within four minutes of coffee consumption. "It seems unlikely," note the authors of "Effect of coffee on distal colon function," that coffee would affect the colon so quickly "either via [the intestines] or the blood stream." This, the authors conclude, suggests an indirect action of coffee on the colon. 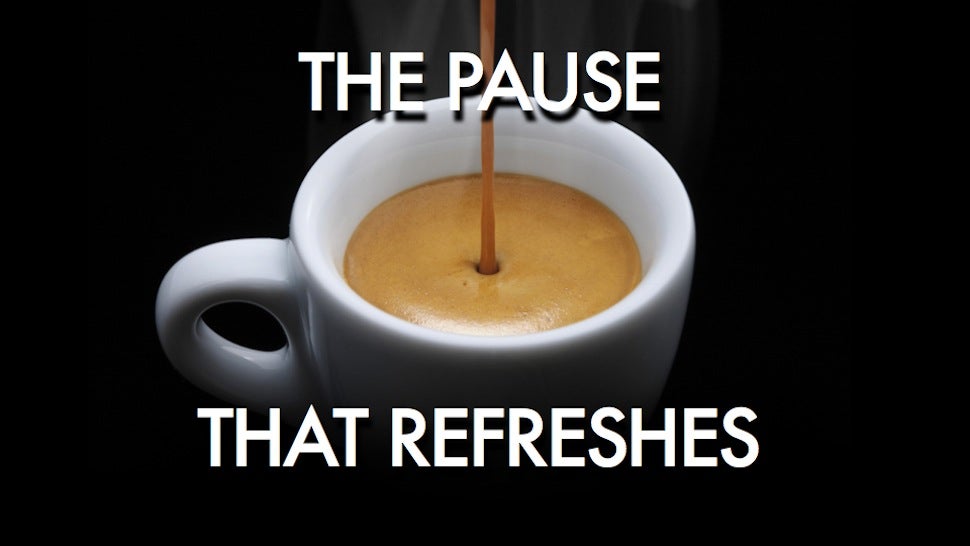 To this end, the researchers note that coffee may induce a "gastrocolonic response" by acting on receptors in the stomach or small intestine. Follow-up studies have suggested that this response is likely mediated by a variety of hormonal and neural mechanisms, many of which have yet to be elucidated.

2. The first author of "Effect of coffee on distal colon function" is named S.R. Brown.

The second author's surname is Cann. The third author's is Read, which, granted, isn't as punny as "Brown" or "Cann," but is still mildly amusing when you consider that...

3. Some people report experiencing an urge to poop when visiting a bookstore 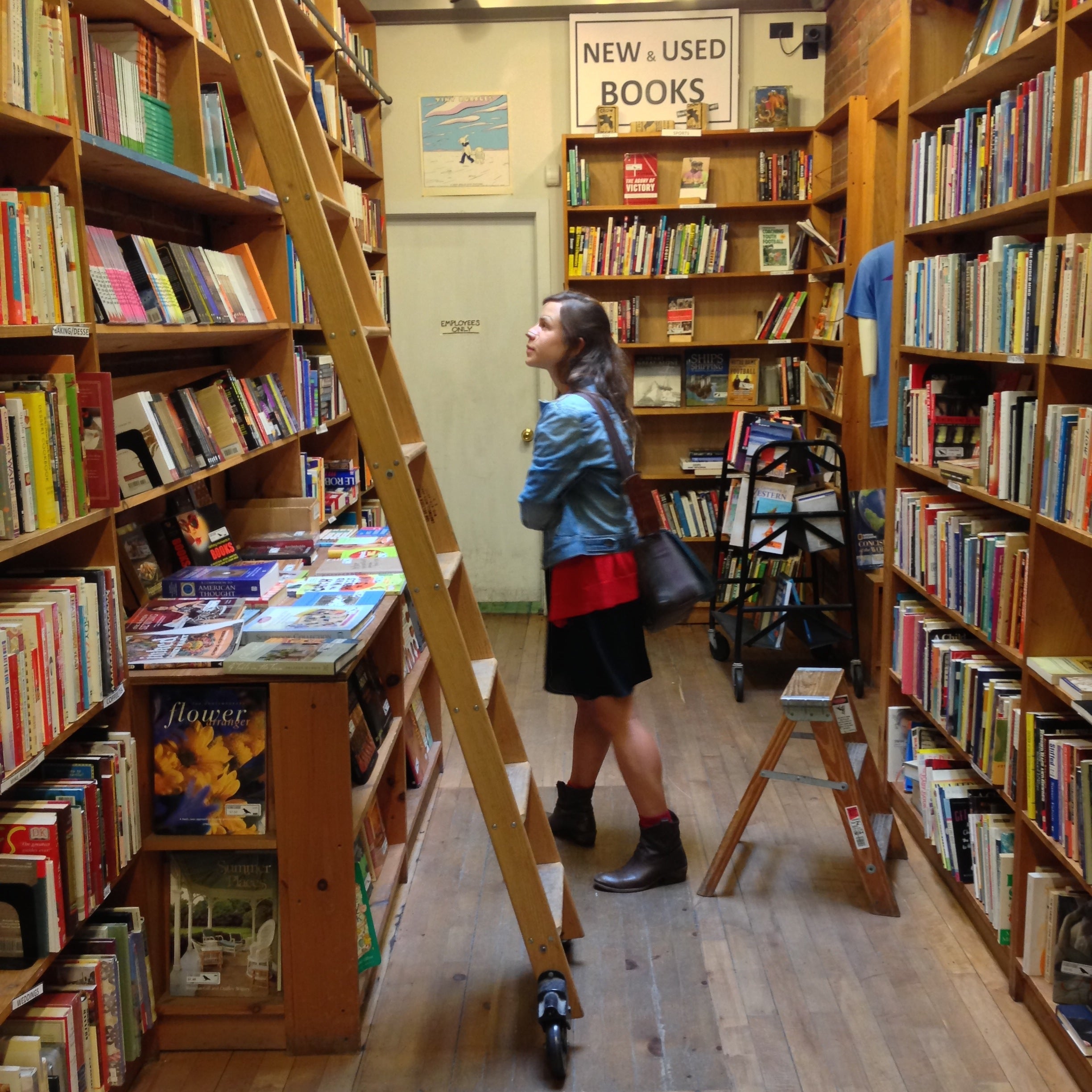 Photo Credit: R.T. Gonzalez It's called the Mariko Aoki phenomenon, after the woman who first publicized it in a 1985 essay. Here's Wikipedia:

Possible theories behind the phenomena include the smell of paper or ink having a laxative effect, the association with reading on the toilet at home, and the posture of browsing making bowel movement easier. The evidence for these explanations, however, remains weak.

In fact, Wikipedia goes so far as to call it a Japanese urban legend, but I've spoken with at least one person this week who claims to experience the laxative effects of American bookstores with impressive regularity. ("Quiz me," she said. "Name any bookstore, and I'll tell you where its bathroom is.") American data point of one, but we're guessing there are more of you out there. Maybe even dozens. Dozens!

4. The word for fossilized poop is "coprolite"

From the Greek words kopros, meaning "dung," and lithos, meaning "stone." Pictured above: A 102cm-long coprolite (one of the longest ever discovered), which was recently sold at auction. From the auction page:

It boasts a wonderfully even, pale brown-yellow colouring and terrifically detailed texture to the heavily botryoidal surface across the whole of its immense length. The passer of this remarkable object is unknown, but it is nonetheless a highly evocative specimen of unprecedented size, presented in four sections, each with a heavy black marble custom base.

5. Coprolites have been called "the next frontier of paleontology"

Once considered the "Rodney Dangerfields of the fossil world," coprolites have been gaining respect in paleontological circles. According to National Geographic, "some go so far as to say that paleo poop represents one of the more intriguing — albeit uncharted — fields of dinosaur fossil research."

6. Who knows, coprolites might one day inspire a Jurassic Park-type movie

Hendrik Poinar, director of the Ancient DNA Center at McMaster University, was the first researcher to extract DNA from coprolites. He's also the grandson of entomologist George Poinar, whose work on ancient insects in amber was the inspiration for Michael Chrichton's Jurassic Park — the film adaptation of which, you no doubt recall, features its own memorable scene involving one big pile of dinosaur shit.

7. The oldest human poop ever discovered dates to about 50,000 years ago

8. This is what blue whale poop looks like from an aeroplane: 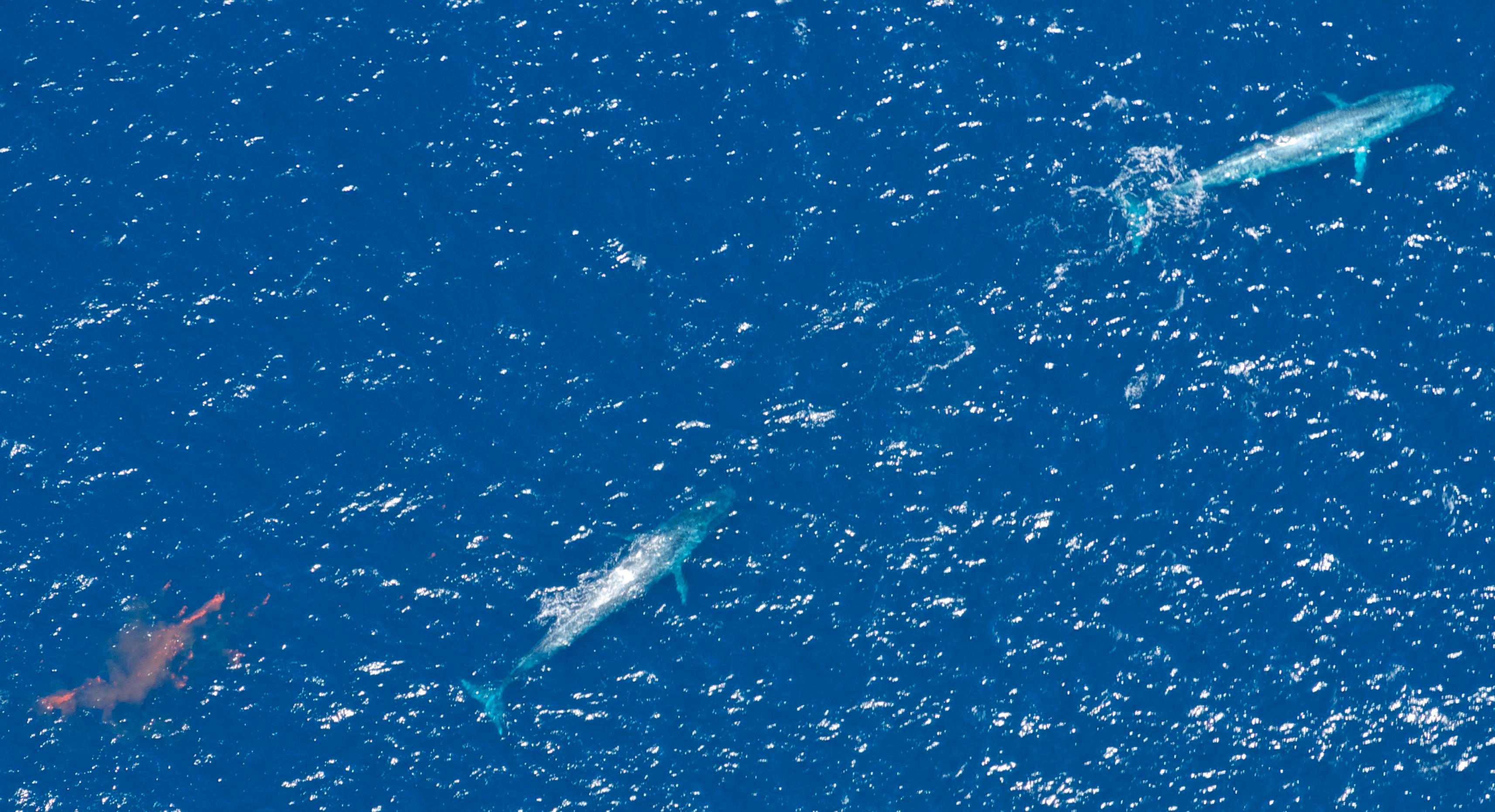 Photo Credit: Eddie Kisfaludy See that rust-coloured streak on the left? That's a big load of whale faeces, an oceanic skidmark maybe the length of a few Volvos.

The colour comes from the iron-rich shells of krill, which make up most of the blue whale's diet. When blue whales poop, they jettison most of that iron back into the water, where it stimulates the growth of phytoplankton. Phytoplankton, in turn, serve as carbon traps that remove an estimated 400,000 tons of carbon from the atmosphere every year.

10. This is what a spool of snail poop looks like: 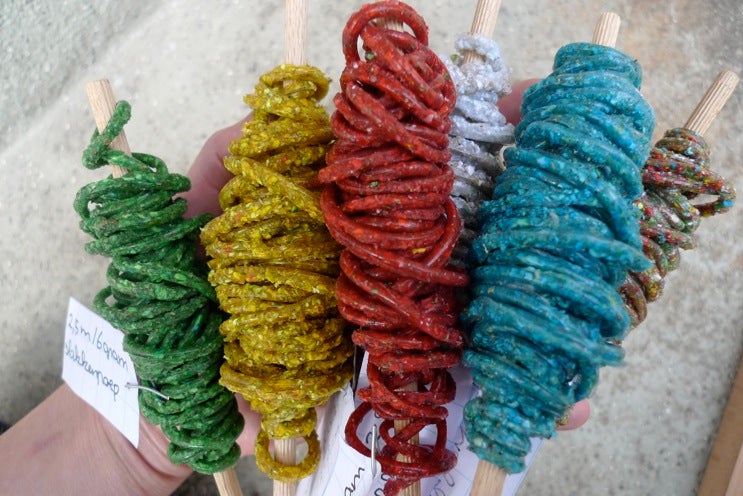 When garden snails eat coloured paper, they poop coloured faeces, which Schreuder is hoping to use as the material for manufacturing colourful floor tiles.

If you feel like I'm weirdly preoccupied with poop coloration, consider this: Enough people worry about the hue of their faeces that the Mayo Clinic has felt compelled to create a webpage titled "Stool Colour: When to Worry."

13. Hypochondriacs might want to avoid reading "Stool Colour: When to Worry"

14. The marginalia of illuminated manuscripts are loaded with visual poop and fart jokes 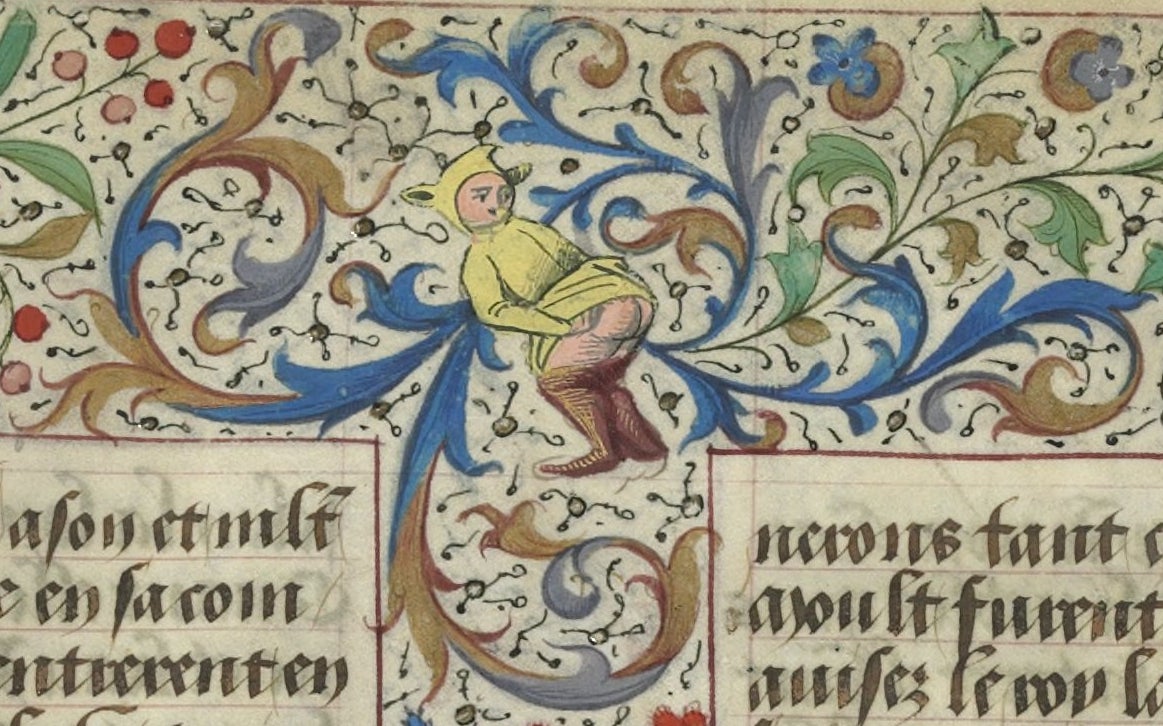 Evidently, the fart-powered trumpet was always good for a laugh, as was the pooping monkey.

15. Penguin poop can be seen from space: 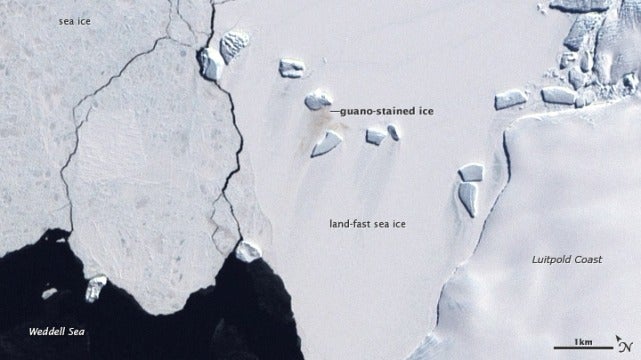 A study focused on Adélie and Chinstrap penguins shows that these birds can poop at four times the pressure of your typical human. (Side note: The title of the paper is a lovely combination of alliteration and rhyme: "Pressures produced when penguins pooh — calculations on avian defaecation.")

17. Said paper is also where you'll find the following illustration

For my money, it's one of the best to ever appear in a peer-reviewed journal: 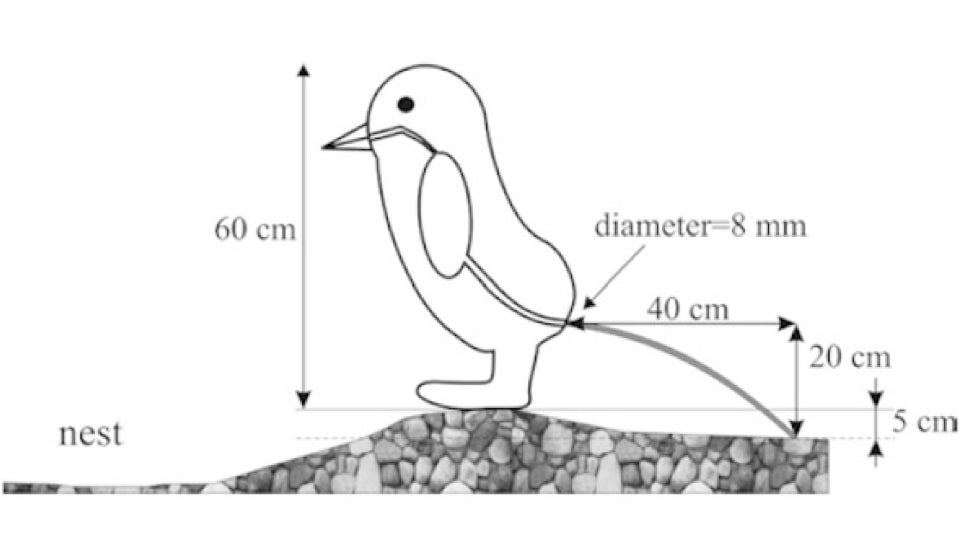 And there are some "extreme heritage" conservationists who are very concerned about its protection.