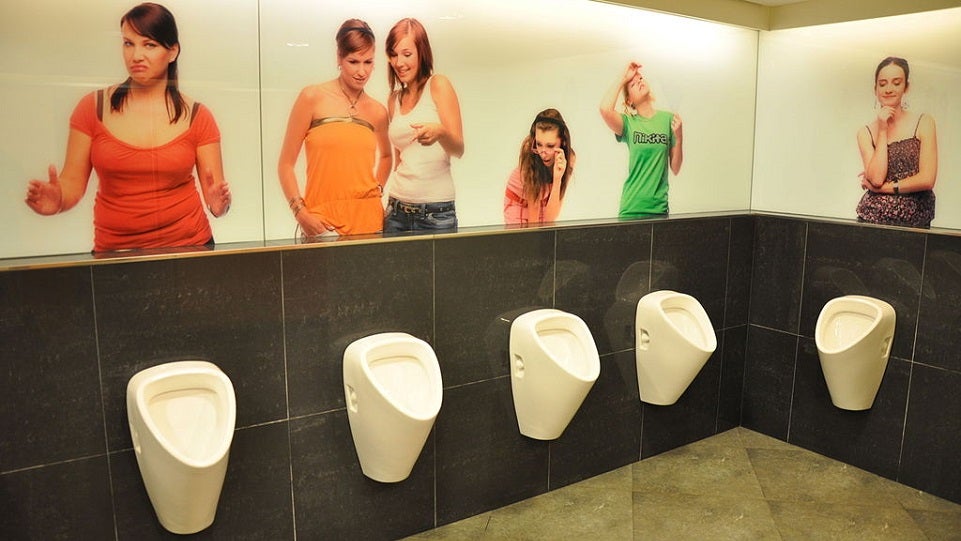 Rarely seen by women, this little tablet is a part of many men's daily lives. What the hell is in a urinal cake, why does it work, and could it possibly be used to make a deadly poison? Those disgusting little things that sit in urinals are something that men see every day, but few know what's in there. That might be a good thing, because the main ingredient in most urinal cakes is paradichlorobenzene.

For those who want to get a whiff of it, but aren't willing to stick their head in a urinal to do so, it's a substance also often found in mothballs. Mothballs tend to contain either paradichlorobenzene or napthalene. Of the two, napthalene is more deadly when eaten.

That's not to say paradichlorobenzene is a walk in the park. Anyone bone-headed enough to snack on urinal cakes can look forward to dizziness, nausea, and diarrhoea at the very least. The ingredient is carcinogenic to animals, though no human studies have been done. Scientists who have experimented with roundworms speculate that it prevents apoptosis, or pre-programmed cell death. It's also likely that prolonged exposure has nasty effects on the central nervous system that can result in various disorders of the white matter in the brain.

So that's what prolonged exposure does to us. What does it do to a urinal? Urine naturally has some ammonia in it. Any object in which urine is regularly deposited will likely be populated by urine-eating bacteria. When left to their own devices, these bacteria put out ammonia, which contributes to a lot of the smell that stale urine gives off. Paradichlorobenzene doesn't kill all the bacteria, but it does disrupt the ability of these bacteria to produce ammonia.

This is a good thing, because ammonia and paradichlorobenzene don't mix well. According to an old scientific journal, heating paradichlorobenzene with ammonia and copper salts makes paraphenylenediamine. The substance was used in the 1920s in the processing of rubber and was considered extremely poisonous. Today we use it in hair dye, although we suspect it still might be dangerously poisonous and lead to renal and respiratory failure.

The moral of this story is — don't eat urinal cakes, or any products made using urinal cakes.