This Weed Takes Out Other Plants By Attacking Their 'Gut Bacteria' 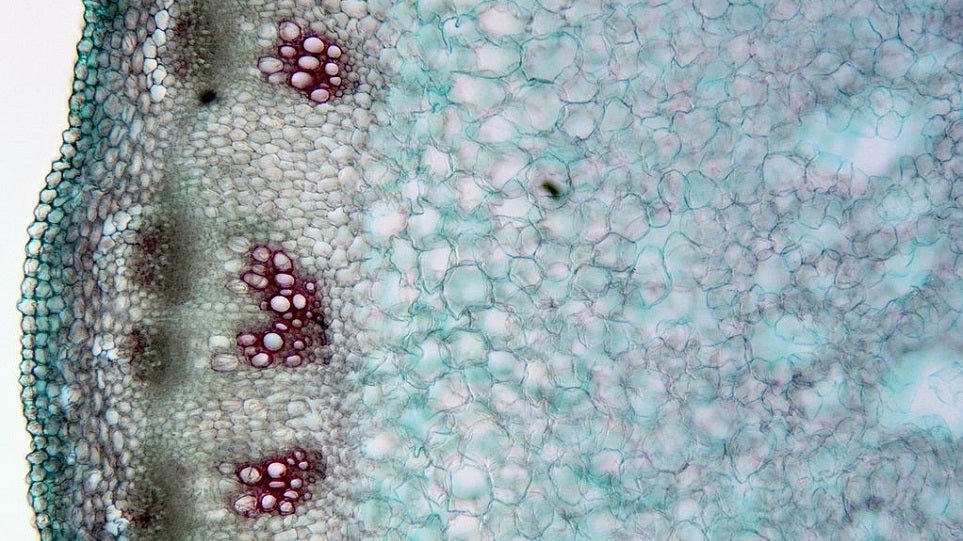 You need bacteria to help you digest your food and go about your day. It turns out that plants have their own version of this. And one weed is driving out the competition by attacking the gut bacteria of other species. Without bacteria, we'd need a great deal more food to get by. Although humans have enzymes that help them break down food, everything from fibre to sugar gets partially digested for us by bacteria, which give us more nutrition while making us expend less energy for each meal. We're coming to understand that a lot of other creatures need their own microbial helpers — including trees.

In the case of trees, arbuscular mycorrhizal fungi, or AMF, do a lot of digesting for them. These fungi attach themselves to a tree's root system and absorb water and nutrients from the soil before passing them along. They're especially important for growing saplings.

They're not that important for slender, grassy, fast-growing plants, which is why one plant in particular is terrorising woodlands. Alliaria petiolata, or garlic mustard, is a European plant that is running roughshod over the Americas, and for a while, no one could figure out why. It didn't seem to be sucking nutrients out of the soil. It wasn't poisonous to animals or other plants. It didn't deter pollinators.

Then, in 2006, a group of researchers looked under the soil and noticed that any soil that was populated by garlic mustard was not populated with AMF. This happened even when extract of garlic mustard was put into the soil. When AMF levels in the soil dropped, big woody trees struggled, especially if they were young and still growing.

The researchers speculated that the relationship between the fungus and the mustard could be one of mutual antagonism. The fungus prevents the mustard from moving in, but when it's disrupted — if the earth is turned up or if it is sprayed with a fungicide — garlic mustard has a chance to move in and wipe out all the fungi. Once the fungi have moved out, trees have to struggle to get any nutrition from the soil, and so the mustard slowly and steadily clears a place for itself.

Alex Cranz 28 Feb 2020 10:00 AM
Last decade we saw the smartphone move from overpriced gadget to something more necessary than a laptop or desktop. We saw the e-reader settle on a design so perfect it’s barely changed in seven years. We saw games systems that made us rethink how we game and laptops that made us rethink what a good laptop should look like. There were incredible wearables, and remarkable VR systems, and drones so well designed practically anyone can fly them. Below are the most innovative gadgets of the last decade—the ones that will continue to matter long after the devices themselves become obsolete.