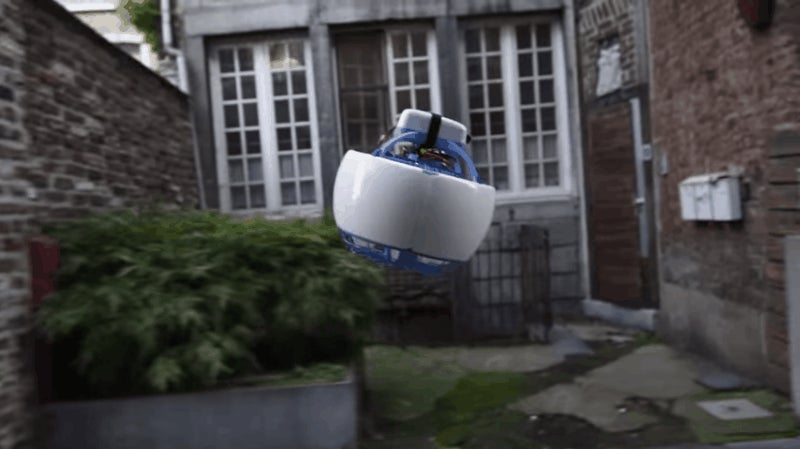 This cute, safe, hovering robot that looks like a flying marshmallow is going to reinvent drone design, its creators say. It's called Fleye, and it's the exact opposite of "classic" drones, according to the Belgian engineers behind the bot. There's no huge propeller, no clunky frame, and no heavy crashing into bleachers at sporting events. It's being billed as a personal, autonomous robot.

Instead, it's a nine-inch wide, one-pound, spherical wonder that completely houses its rotors in a protective barrier. You can fly it around using your wifi-connected smartphone, and take advantage of its open API to tweak its functionality. It packs in seven sensors, like GPS and gyro, and runs Linux on an onboard 512-megabyte computer. Finally, it's got a five-megapixel HD camera, too. 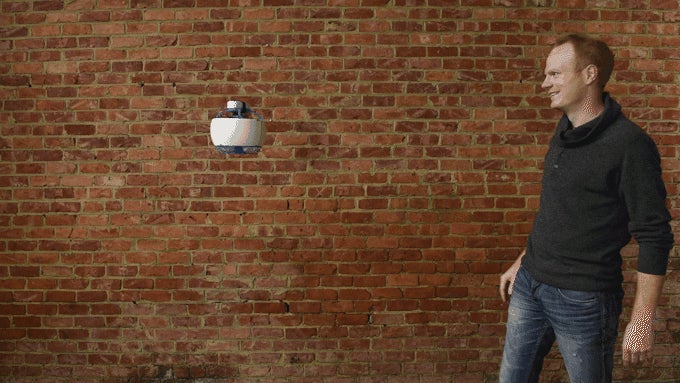 Downside: It only gets ten minutes of flight time. If I want this puppy to be my levitating robo pal — a scifi dream come true! — then it needs to be able to stay airborne longer.

We'll keep an eye on it, and keep hoping for a real-life Weebo: 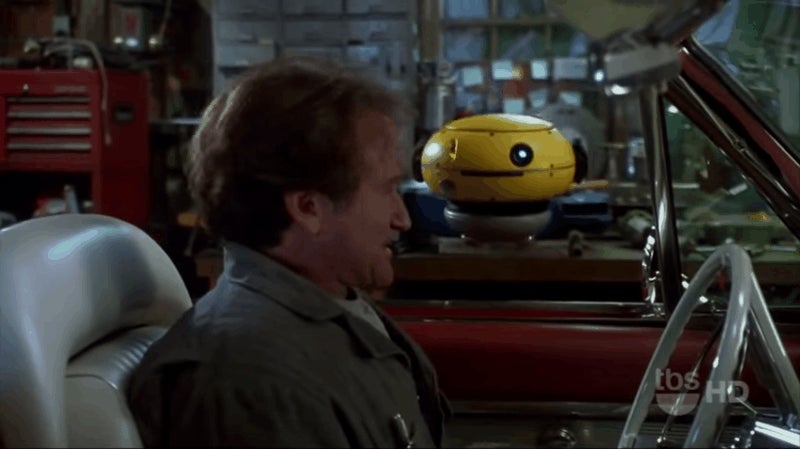