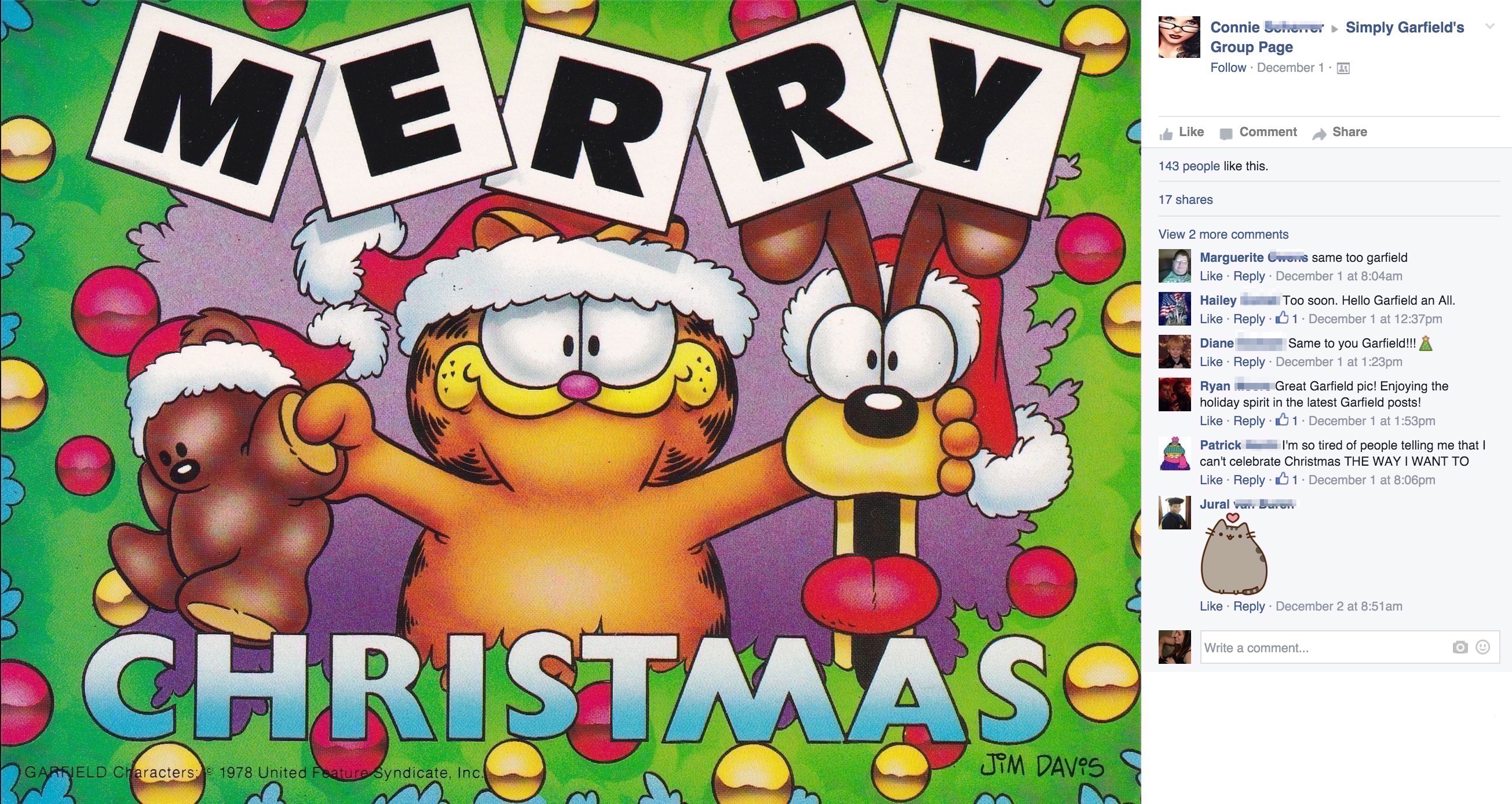 The people you meet on the internet are, for better or worse (just kidding it's always for worse), probably not what they seem. Years of bile and racism and flamewars and the MTV show Catfish have seared this fact into our brains. Yet somehow, while the rest of our hearts hardened into stone, one quiet corner of Facebook stayed impossibly pure. And that corner of Facebook fucking loves Garfield. 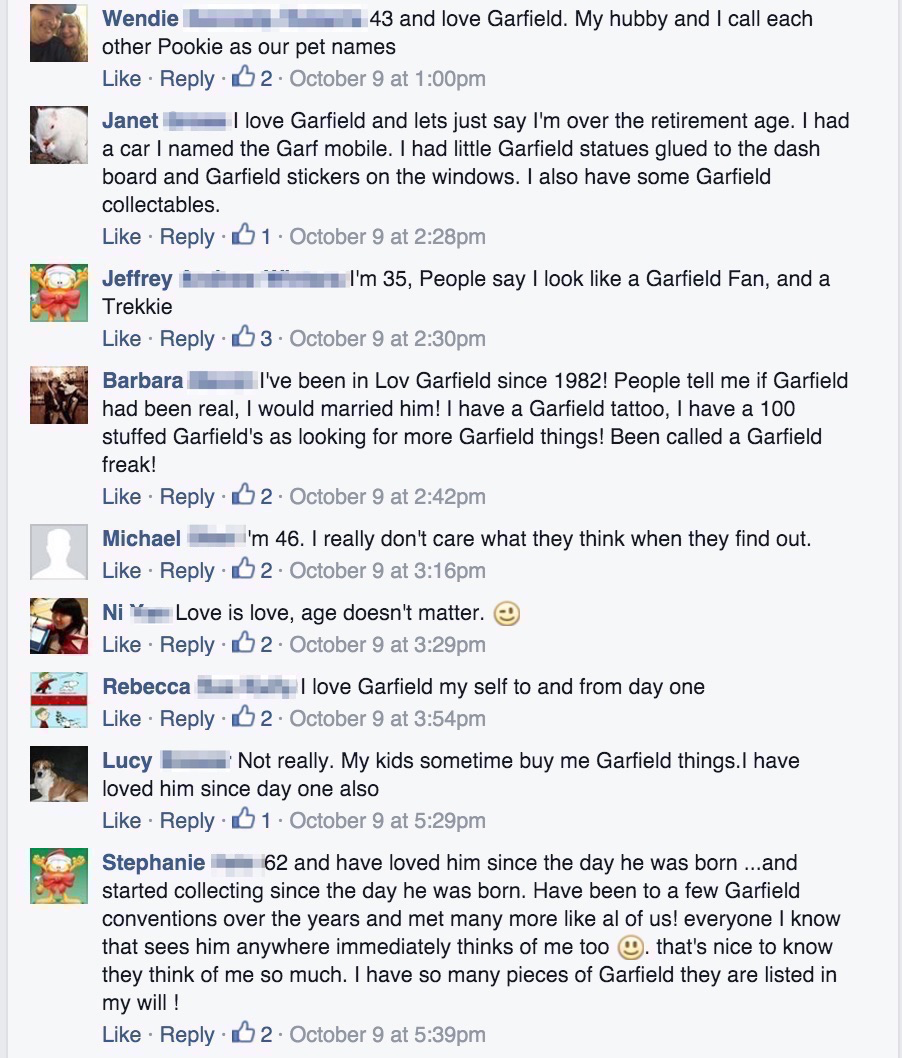 The Facebook group Simply Garfield started about two years ago, as a place for for those who wanted a place to discuss and cherish Garfield. That's it. Perhaps there would be the occasional bit of Odie chatter, or a lasagna photo here and there. But for the most part, the group truly, genuinely just wanted to talk to about Garfield. From their own description:

Feel free to post your Garfield questions, comments, pictures, and items for sale here. Please keep in mind this group pertains to Garfield, & Cats and No other post or links will be accepted. Thanks

Being private, its thousands (!) of members had a safe space to indulge in one of the internet's cardinal sins — having a sincere discussion about something you genuinely like. And judging from the thread above, the group is almost entirely free of any irony-addled millennials and teens. Combine that with the fact that these people's particular passion is a cartoon cat who only has enough hate in his heart for Mondays, and you've got a perfect storm of sincerity the likes of which I'm not sure I have ever seen before.

The comments, the pictures, the exchanges. It is absolutely astonishing. 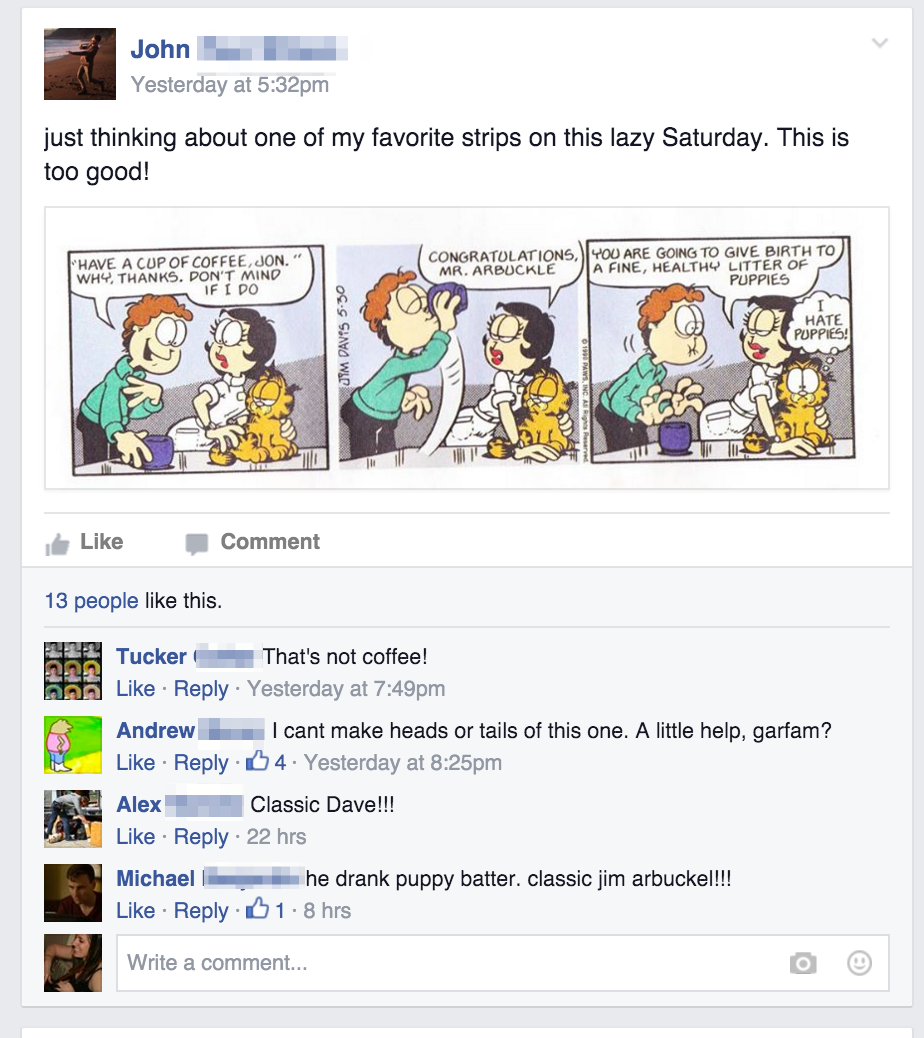 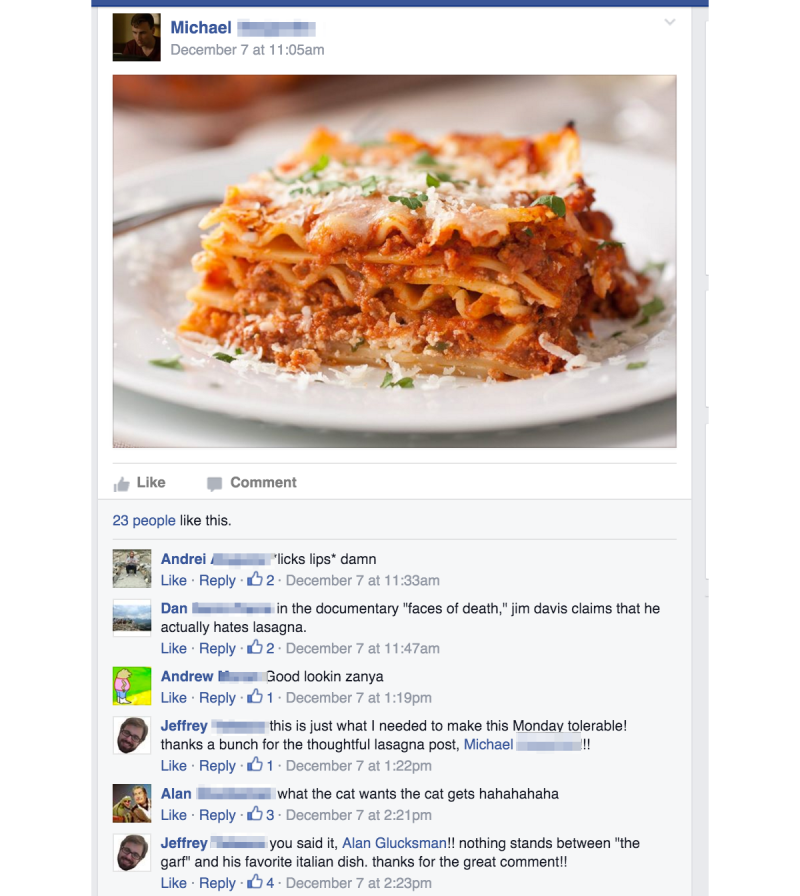 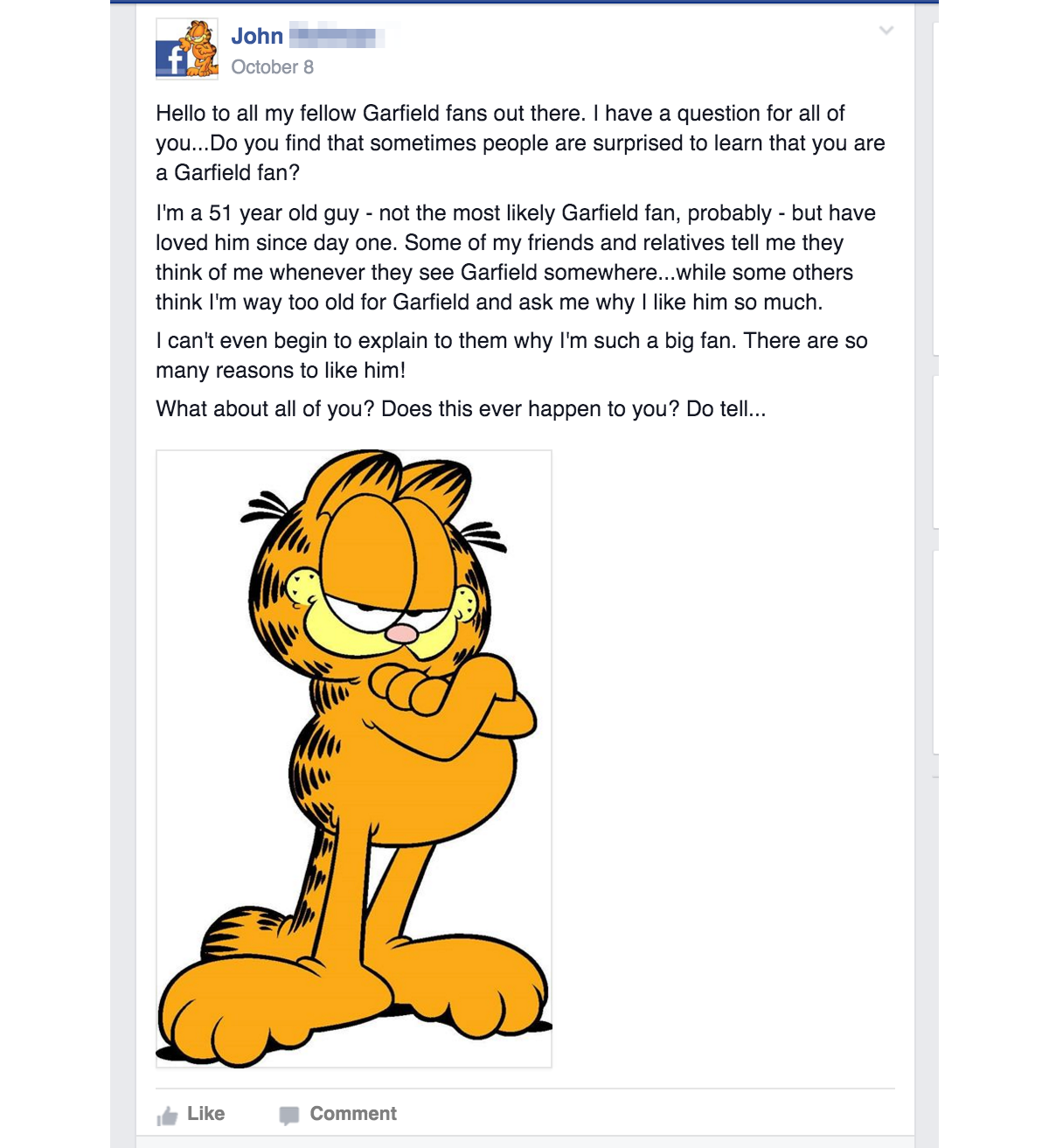 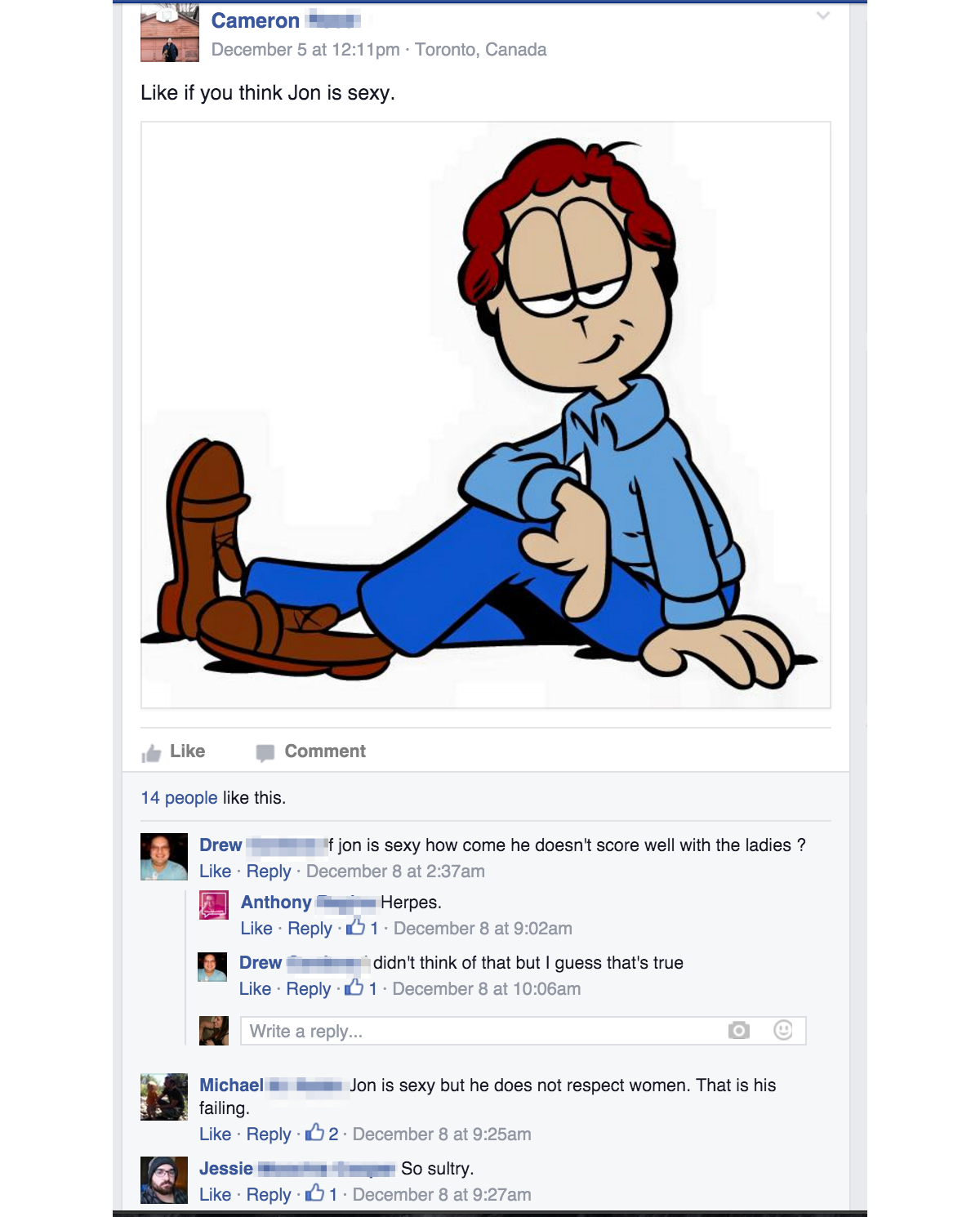 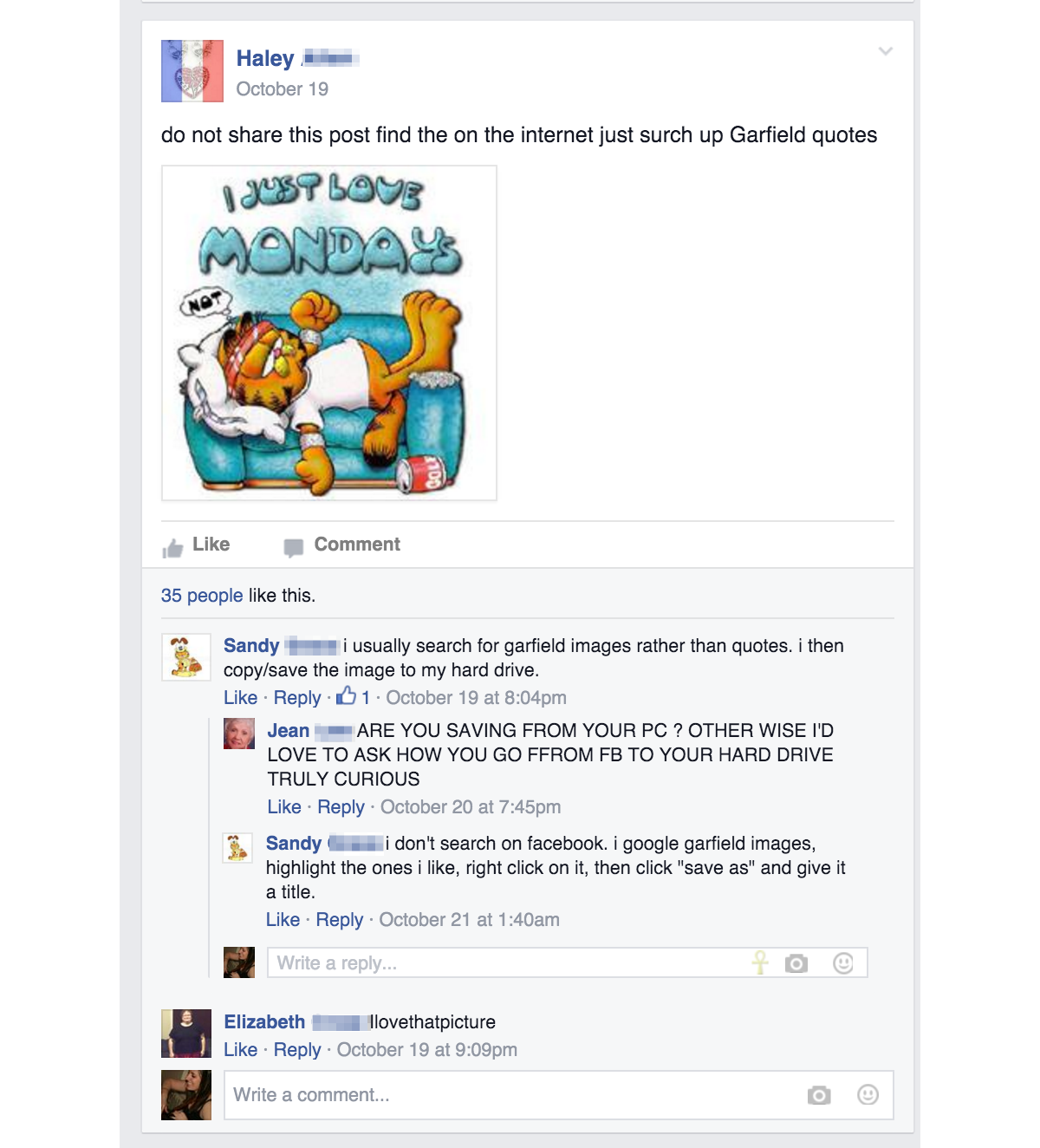 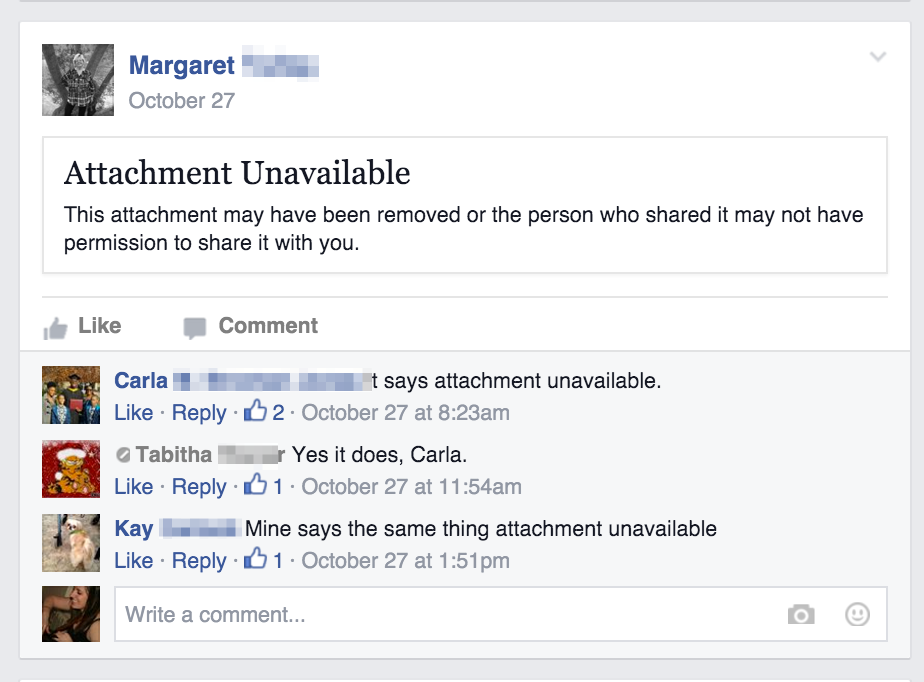 Of course, nothing gold can stay. And in late November, Simply Garfield found itself inundated with intruders after this screenshot (understandably) went viral.

If you distilled the internet down to one image, it'd look something like this. pic.twitter.com/bAtEyBqMW8

So now, amid what would otherwise be your typical, lively (but PLEASE keep it respectful) debate on the merits of Nermal... 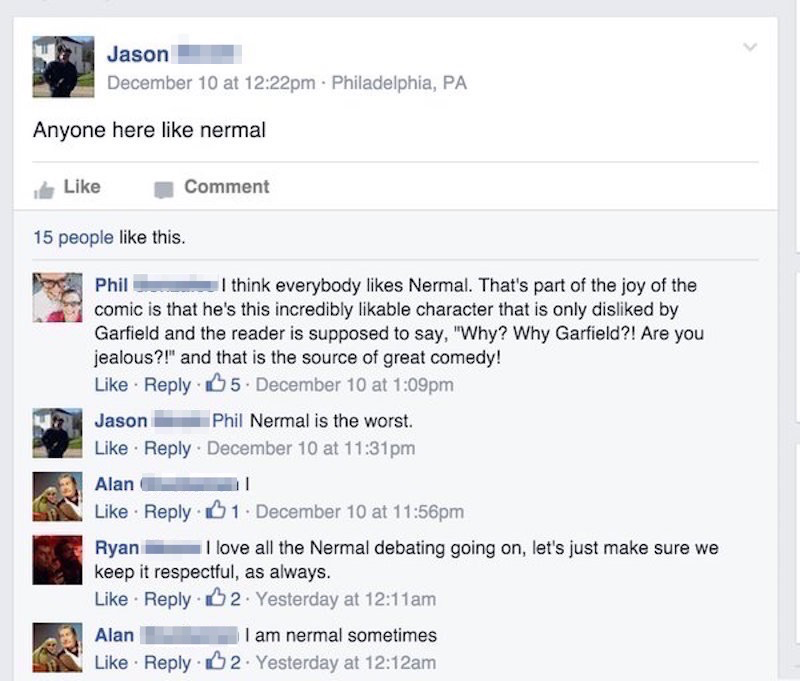 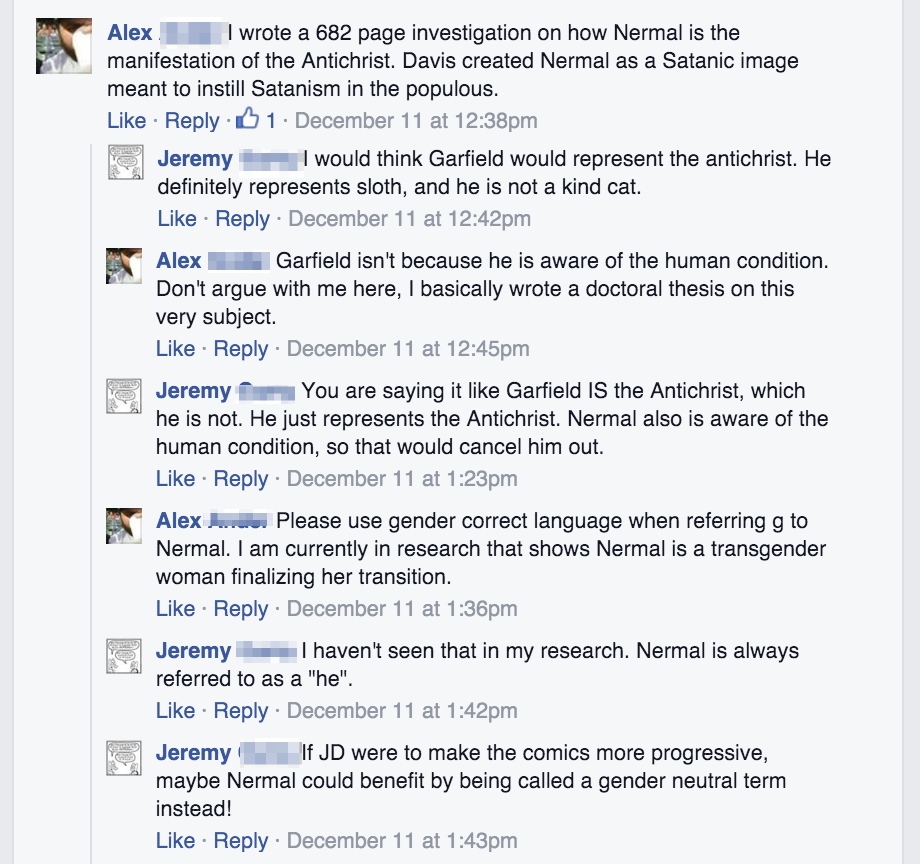 An obvious if not (I must admit as Part of the Problem) incredibly good troll. And yet sweet, noble Jeremy soldiers on. Because up until now, in sweet, noble Jeremy's world, there's been no reason not to take Alex at face value. Thanks to a swift injection of cynics, though, that no longer holds true. And the group's pristine world has been forever sullied.

Of course, in celebrating this last bit of earnest internet real estate, am I merely speeding up the group's gruesome fate? Most likely yes. And am I going to get kicked out of the group the minute they find this out? Without question. But something as rare and beautiful as Simply Garfield deserves to be seen, lest we forget that — despite the odds — at least one collective of people managed to unite, free of invective, and rejoice in their shared love. A love of Garfield and Garfield alone.

Because, with all due respect, Nermal can go to hell.