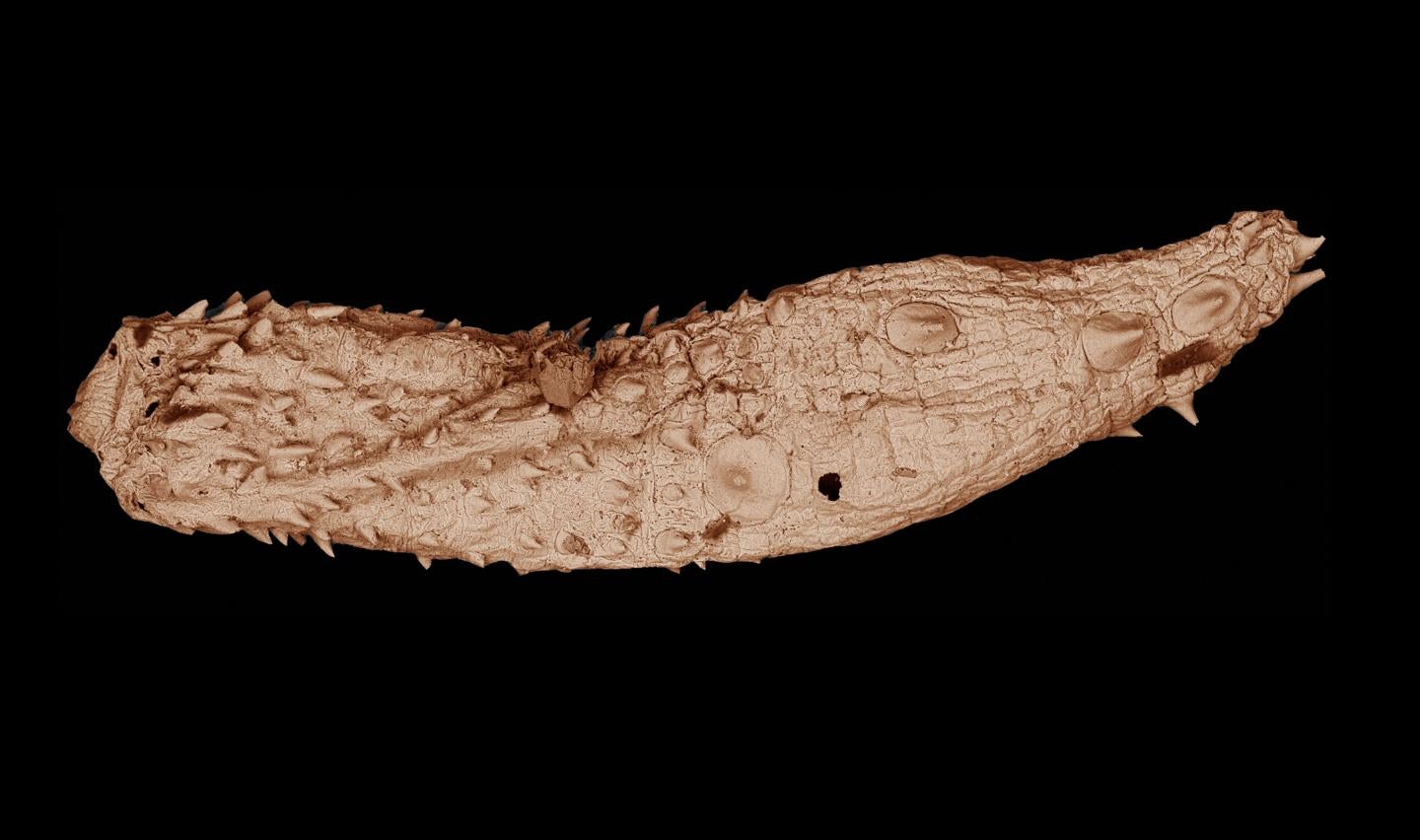 It looks like an alien parasite come to invade our brains, but the truly bizarre creature pictured above is a mud dragon — a tiny worm, roughly half the size of a grain of rice, that squirmed about the seafloor 530 million years ago. It's one of the first fossils of a mud dragon ever discovered, and it could help scientists answer some big evolutionary questions.

There are over 240 species of kinorhynchs, better known as mud dragons, alive and wriggling around in marine mud and sand beds across the world today. Given their segmented body structure, they're thought to be a cousin of arthropods — the group including insects, spiders and prawns. But the exact relationship between kinos and arthropods remains a mystery, because until now, there were no mud dragons to be found in the fossil record.

That's finally starting to change. As reported this week in Science Advances, a team of Virginia Tech researchers has been unearthing fossil kinorhynchs from rocks in Nanjiang, China, since 2013. Dubbed Eokinorhynchus rarus, or rare ancient mud dragon, the specimen pictured above dates back to the Cambrian period.

It may be small, but it's armed to the teeth. Its soft tissue is encased in articulated plates, with a smattering of hollow spines spread across its head and body. As with their modern-day counterparts, those spines probably helped ancient kinorhynchs move around, allowing them to grapple substrates before pushing forward.

Here's are a few close-ups of the tiny beasts, which the researchers captured using scanning electron microscopy: 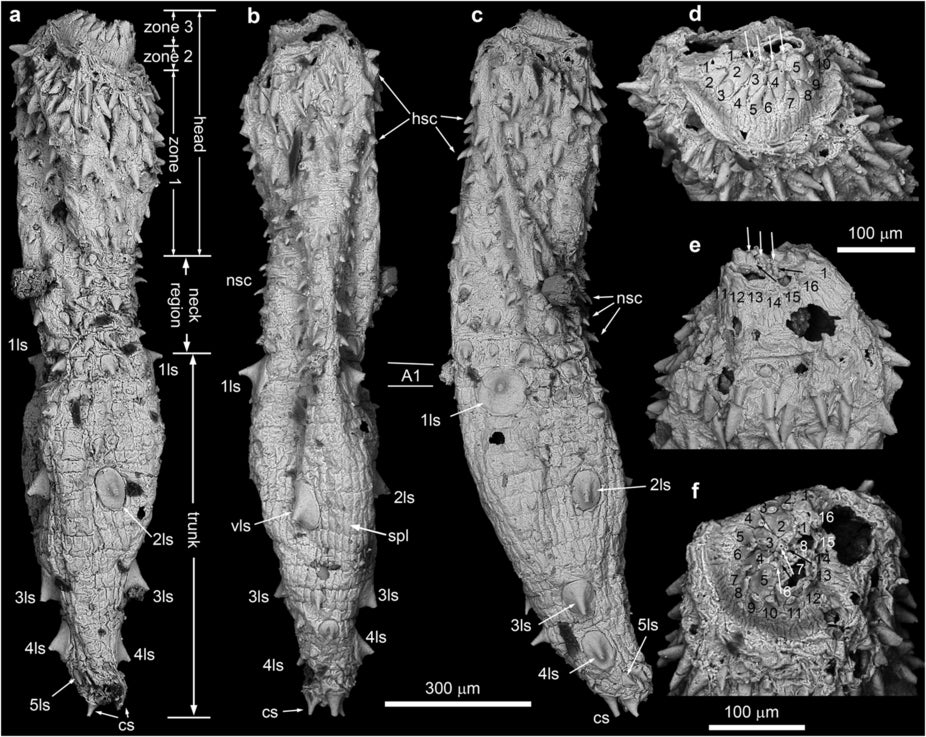 Among other questions, these first fossil kinos will help paleobiologists piece together how and why body segmentation evolved several times — not just among arthropods, but among other animals, too.

"Although arthropod fossils date back to more than 530 million years ago, no kino fossils have ever been reported," said Virginia Tech geobiologist Shuhai Xiao in a statement. "This is a huge gap in the fossil record, with more than 540 million years of evolutionary history undocumented."

Between these little armoured burrowers, predatory lobsters with tooth claws and whips, and 1.5m-long sea scorpions, I'm going to hazard a guess that the Cambrian seas were a pretty frightening place to live.