These Pixels Will One Day Be Filled With Starlight 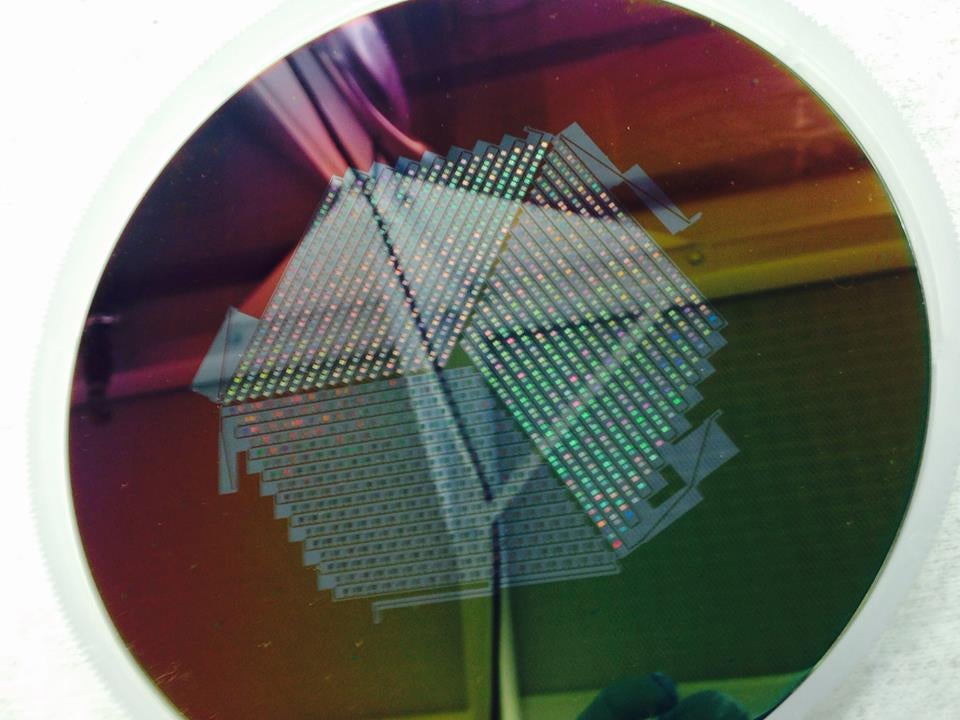 One day a descendant of this tiny wafer will be flown in an enormous telescope in the stratosphere over Antarctica, helping search for the origin of stars.

This is the first photograph of a brand-new prototype sensor for a far-infrared detector array being designed at National Institute of Standards and Technology (NIST) laboratories in Boulder, Colorado. The sensor will be used in the Balloon-borne Large Aperture Submillimeter Telescope (BLAST-TNG). The 2200kg telescope will use a balloon to rising above the hot, messy atmosphere and cryogenically-cooled instruments to delicately peer into the far-infrared spectrum.

The full wafer is under 15cm in diameter, with approximately 2000 pixels occupying the centre 10cm. Each pixel is less than 2mm in diameter, with features tinier than a tenth of the width of human hair (one micron). Eventually, the team hopes to create cameras that fill the entire wafer. When describing the wafer's absurdly small dimensions, physicist Chris McKenney ends with an impish "science is fun!"

The detector's unusual shape is due to the scientists taking advantage of symmetry during fabrication. They use the same rhombus pattern rotated through 120 degrees at each step to fill the hexagon as efficiently as possible. The choice to rotate three times is the result of a compromise between making the detectors efficient to fabricate, yet still meeting the imaging objectives for the telescope. The entire sensor is created in a single layer of lithography, a fabrication technique of masking and etching metal akin to classic film-based photography. This is a step forward for technology for infrared astronomy — the current standard of transition edge sensors require dozens of steps to fabricate.

This is the first fabrication of the wafer; it will go through more iterations as McKenney and the rest of the NIST team test how sensitive the sensor is to detecting the right wavelengths of light.