The drops of silicon oil bobbing in the mesmerising video above do more than create aesthetically satisfying ripples across a slick surface. They could be indirect evidence of an alternate solution to a nagging question in quantum mechanics — one that dates back almost a century.

The video is among the winners of this year's Gallery of Fluid Motion, an annual competition of the American Physical Society's Division of Fluid Dynamics. It stems from a 2013 experiment performed by MIT physicists Daniel Harris and John Bush that provided a toy model for so-called "pilot waves": hypothetical ripples in space-time that could carry subatomic particles along like so many buoys bobbing on a watery surface.

At the 1927 Solvay conference, French physicist Louis de Broglie first proposed the existence of pilot waves as an alternative to the troubling notion of a wave function. You know the drill; it's the essence of Schroedinger's famous cat paradox. All possible outcomes exist in a superposition of states, described by an equation called the wave function (aka the cat is alive and dead at the same time). When a measurement is made (we look in the box), it causes the wave function to collapse into a single state (the cat is either alive or dead). 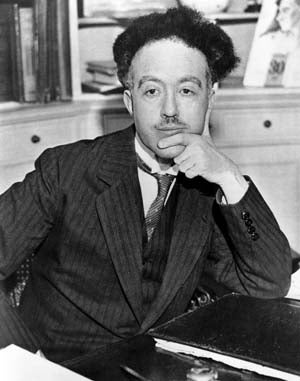 In his pilot wave theory, de Broglie suggested replacing the wave function with two equations: "one describing a real, physical wave, and another tying the trajectory of an actual, concrete particle to the variables in that wave equation, as if the particle interacts with and is propelled by the wave rather than being defined by it," Natalie Wolchover wrote in Quanta last year.

Pilot waves have never been directly observed, but experiments over the last ten years involving bouncing oil droplets over vats of vibrating liquid have revived interest in de Broglie's idea. Toss a pebble into a pond and it will produce rippling waves travelling outward.

The same thing happens in the droplet experiments, with a twist: if the vibrations are tuned to just the right frequency — i.e., close to the droplet's natural resonance frequency — there will be an intriguing interference effect. Not only does the droplet produce ripples as it bounces, but it can interact with those ripples, and this will affect its trajectory. That's the pilot wave concept in a nutshell: just replace the droplet with a subatomic particle.

Apart from the implications for quantum mechanics, this is also a very cool fluid dynamics experiment. To create their video, Harris and Bush filled a shallow tray with a circular trough in the center with silicon oil and mounted it on a vibrating stand. Then they tuned the stand to various frequencies and watched to see how the droplets' behaviour changed around a specific threshold frequency. As I wrote last year:

When the bouncing droplet produced waves, those waves bounced off the walls and interfered with each other, producing pretty interference patterns. They also affected the trajectory of the droplet. At first it looked like it was bouncing along randomly, but over time (around 20 minutes), the droplet was far more likely to drift towards the center of the circle, and increasingly less likely to be found in the rippling rings spreading out from that center.

The basic experimental set-up involves a loudspeaker, a smart phone, and a screen with a striped pattern. Then the fun begins. We see first one, two, three, and four bouncing droplets, each creating ripples in the silicon oil, followed by a series of droplets arranged in a honeycomb-like lattice. The researchers next used a high-speed camera to create some nifty strobing effects: in one version, the droplet appears to glide across the surface of the oil; in another, the droplet appears to gain "hang time", pausing just a little bit longer mid-air with every bounce.

You can check out the other winners featured in the 2015 Gallery of Fluid Motion here.