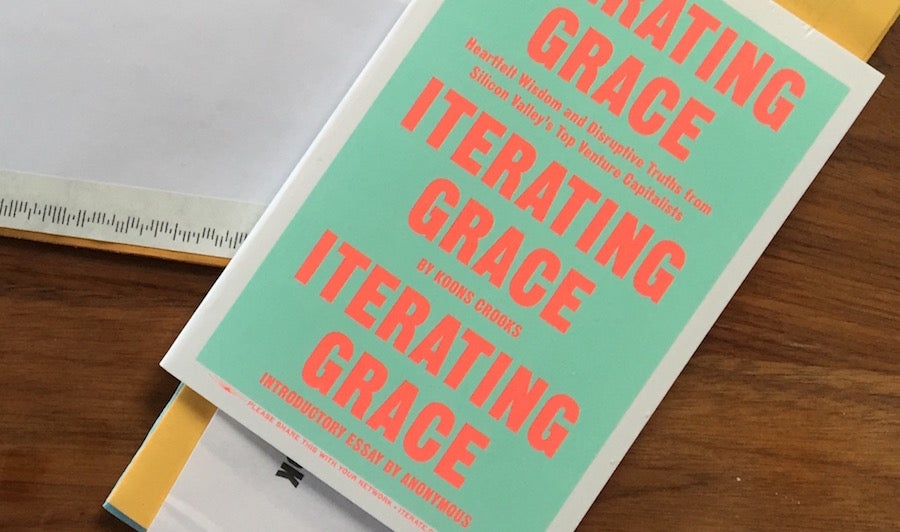 In June a handful of tech writers received a slim sendup of startup culture by an anonymous author. Six months later, still no one knows who wrote it. Now Iterating Grace has been published by an actual book publisher, so you can buy a copy, and perhaps even help solve the mystery.

The very short book, which is more like a tiny little zine, is by someone named "Koons Crooks" and tells the story of a Silicon Valley programmer. Although it's fiction (I hope it's fiction) it includes mentions of real journalists like Nellie Bowles, who used to write for Recode, and is illustrated by hand-drawn tweets from actual venture capitalists.

I was one of the handful of tech writers who got one of the first, self-published editions in my mailbox. Mine was numbered #44, and in the return address spot it just said "Madrigal" — which I right away believed was my friend Alexis Madrigal, the editor of Fusion.

@doreeshafrir ? I sent you a book?

But Alexis didn't mail it to me. Because so many people thought he did, he became the appointed literary sleuth, poring over the copy for clues. Alexis worked tirelessly to try to find out who wrote the book, even communicating via email with the writer. He didn't come to any definite conclusions.

So we had one Iterating Grace author suspect left—a countercultural icon. He just emailed me. http://t.co/Uul5YrM50m pic.twitter.com/OLwgUQcYjX

I kind of wrote the whole thing off, mostly because I felt like I didn't really get the jokes (I really don't know why I was included among the other people who write more about the actual tech community) but also because I was sure that it was just a viral marketing stunt. After poking around a bit and trading stories with Alexis and other writers who got the same mailer, I didn't even want to talk too much about it online. Just in case, you know, it was an ad for Soylent.

It seems that it was not a stunt — or at least one backed by a brand. A story in the New York Times talks to the publisher Farrar, Straus & Giroux, which printed 10,000 copies:

Even with the backing of a major publishing house, the authors — there are two of them — have insisted on hiding their identities. Not even their editor, Sean McDonald, knows who they are. Only one person at the publishing house, a person who works in the contracts department, knows their real names, Mr. McDonald said.

"They don't see any point to being identified," said Mr. McDonald, who spoke to the authors on the phone and exchanged emails with them. "It sounds kind of goofy to say it, but there's a purity in people paying attention to the book itself, and putting a name on that might deflate that."

In my own limited research, it appears as if the writers who originally got the first book got this mass-produced version as well. The way it was distributed was the same as the first time around — an envelope stuck with a fistful of uncancelled stamps — which Alexis believed means it was hand-delivered to all these people. There was one big difference in my copy though. Instead of "Madrigal" in the return address, this copy was supposedly from Brian Lam (the former editor-in-chief of Gizmodo). Brian didn't send it to me. His book said it came from "AM."

In addition to the book itself — which has been published with an introduction and new cover design by Alex Merto, but is otherwise the same — we all got personal notes ("Thank you for sharing this with your network -FoK") and these "study guides" which feature questions for discussion as well as some activities. 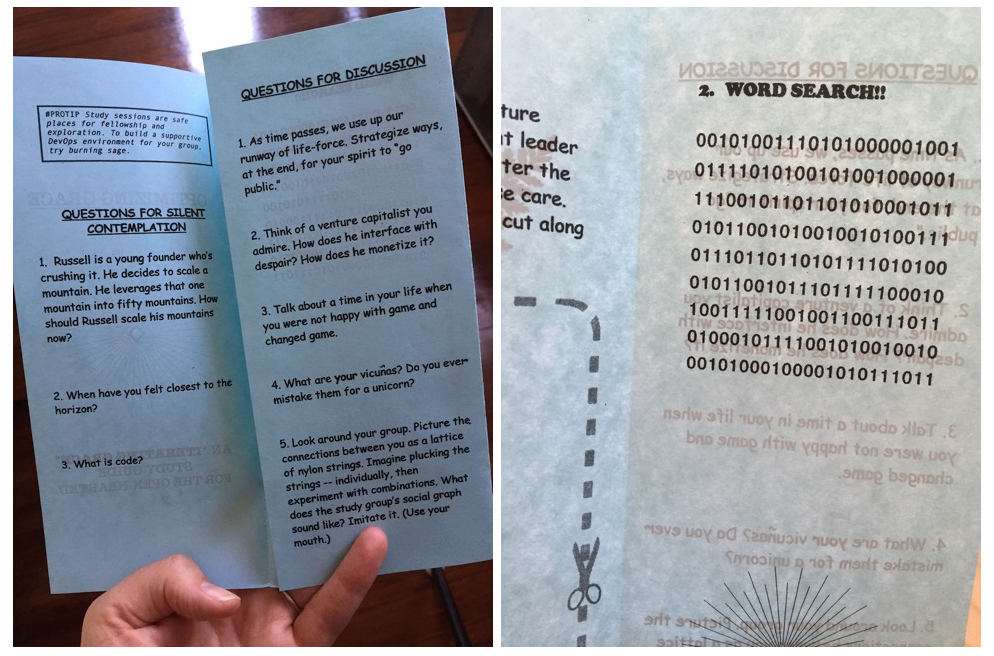 Now here is where I think this is whole thing is more of a design joke than a tech joke because these guides are set in Comic Sans. Also please note the nod to Paul Ford's epic "What Is Code?" piece in Businessweek. PAUL, IS IT YOU?

Another theory: Early on, I had a hunch that it was the work of an anonymous Twitter account named @darth, since the people who got the book are regularly mentioned in @darth's feed. Lifehacker's Andy Orin just pointed out to me that @darth has been offline since October 4 (10/4, what does it mean?). Now @darth does this time to time — goes into "hibernation." But still. It's provocative.

Can you help figure out who wrote this thing? Let us know your theories in the comments.