The Stinkbird's Diet Is Surprisingly Close To Our Own 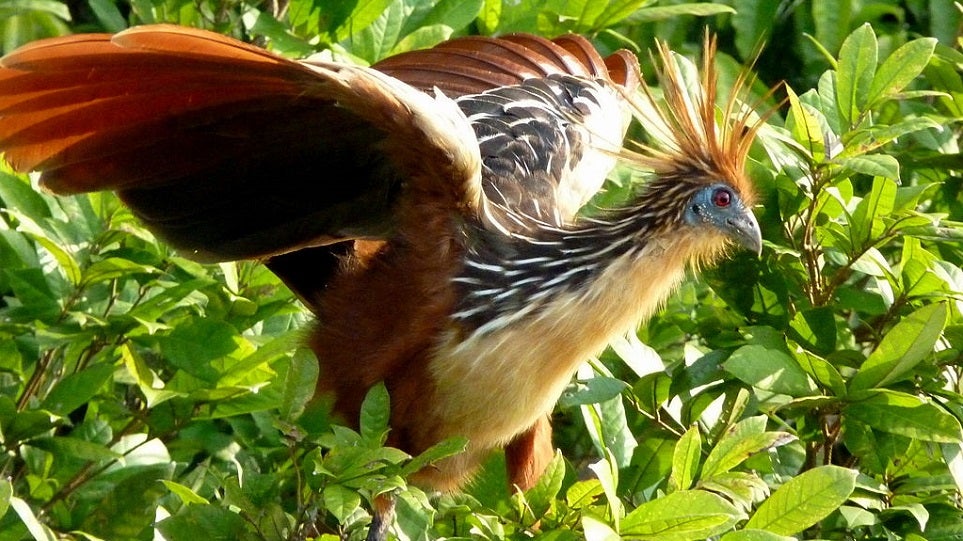 Stinkbirds, otherwise known as hoatzins, have spread out across South America in part because they have something in common with humans and other mammals. The clue is in the name "stinkbird".

That's right, the hoatzin stinks. It doesn't secrete anything particularly noxious, nor does it have special glands that coat its feathers in a substance designed to keep its predators or parasites at bay. It just constantly, gently reeks. In doing so, it has kept clear of some of the other little stinkers in the world — namely us.

While we're different on the outside, inside humans and the hoatzin have something in common — gut bacteria. While most birds do eat some parts of plants, including fruits, nuts, or berries, the hoatzin turns its attention to the leafy greens. It tends to eat buds and leaves that other birds leave alone, and it rarely supplements its diet with insects or other meat.

The problem is not that there is no nutritional value to leaves. It's just that to get at that nutrition, you have to have a large and specialised digestive system, which most birds lack. The hoatzin has this system, but it has paid a price. First, it can't fly very well, because its enlarged crop displaces most of the muscles that would keep it airborne. 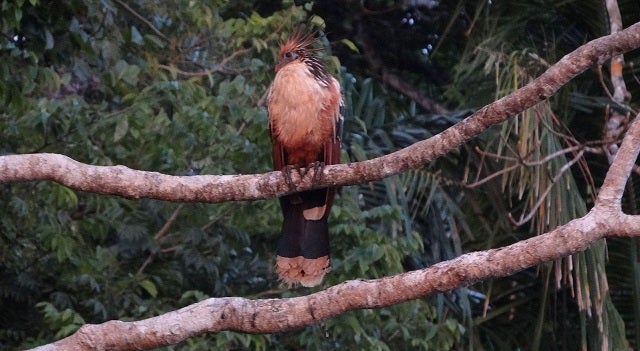 Second, its crop is filled with the same bacteria that we (and deer, and especially cows) use to break down dietary fibre. These include firmicutes and bacteroides, which turn fibre into short-chain fatty acids. They also include methanogens. Methanogens use hydrogen in the gut and carbon dioxide to create CH4, or methane. This methane has to go somewhere, and for both humans and hoatzin, it goes out into the world. Humans are lucky. We stink only from time to time. The poor hoatzin exists in a cow-manure haze most of its life.

On the other hand, that keeps us from eating the hoatzin, while less smelly birds have been turned into nuggets.