Echidnas Have Sex Half A Penis At A Time 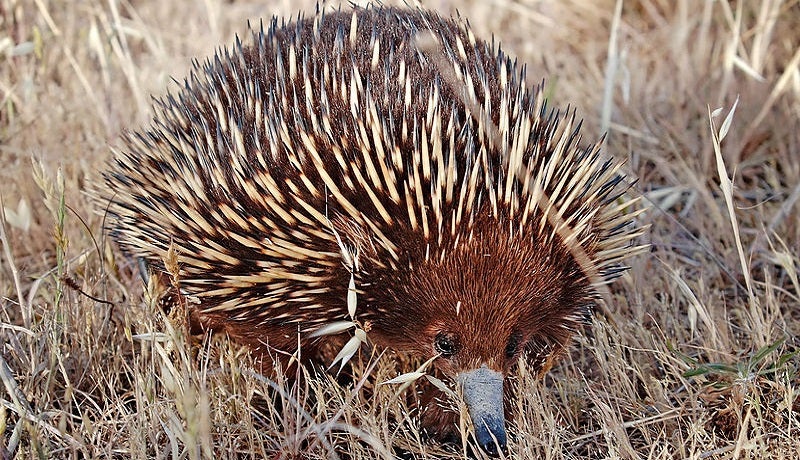 What do you do when you work at a zoo, with an outreach program designed to give the public an up-close look at the safer animals in your care, and the animal you're showing off gets an erection? If you work at the Currumbin Wildlife Sanctuary, you get to work.

Zookeepers handling a short-beaked echidna took what they had to work with and conditioned the echidna, over two weeks and out of the public eye, to maintain its erection until it ejaculated. They noticed a couple of odd things along the way. The first was that the echidna ejaculated bundles of sperm, which glommed together in order to swim faster than single sperm. The second was that the echidna only ejaculates out of half of its penis. 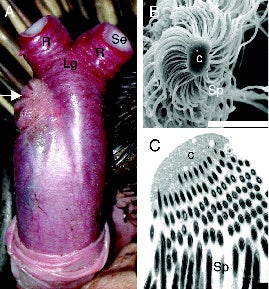 The echidna's penis ends in what biologists poetically call "four rosettes". As it gets close to ejaculation, two of the rosettes retract, leaving the other two ready to get the job done. At first the biologists considered that two of the rosettes might be blocked, but over 10 "sessions", they found that the echidna alternated between pairs of rosettes. (Oh the glamorous life of a biologist!)

This is more than just a weird quirk of Australian biology. The echidna is a monotreme, a mammal that lays eggs. According to the biologists observing the echidna's behaviour, "This is unparalleled in mammals but is reminiscent of the use of hemipenes in squamate reptiles, providing further reproductive evidence of a sauropsidian lineage in the Monotremata." Sauropsida is a big group that includes reptiles, birds, and their ancestors. This kind of half-mating could link the echidna, through its ancestors, to animals entirely unlike itself.