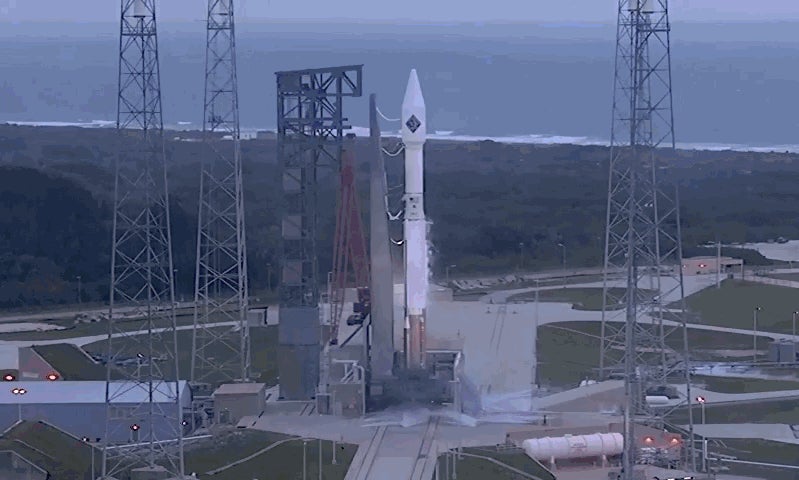 The Cygnus has its wings again! After four attempts, the cargo tug is finally on its way to the International Space Station. The commercial spacecraft will deliver equipment and supplies to astronauts when it arrives at the station on December 9th.

After the first launch attempt on December 3rd was scrubbed due to foul weather, a second scrubbed by gusting winds, and a third postponed for winds again, the Cygnus spacecraft launched at 4:44pm ET on December 6th. This is a return-to-flight mission: the first flight of the Cygnus since the previous spacecraft was destroyed during an Antares rocket explosion in October 2014. This is a journey of other firsts, too: the first of the new Enhanced Cygnus configuration, its first launch an an Atlas V rocket, and its first launch out of Cape Canaveral, Florida. 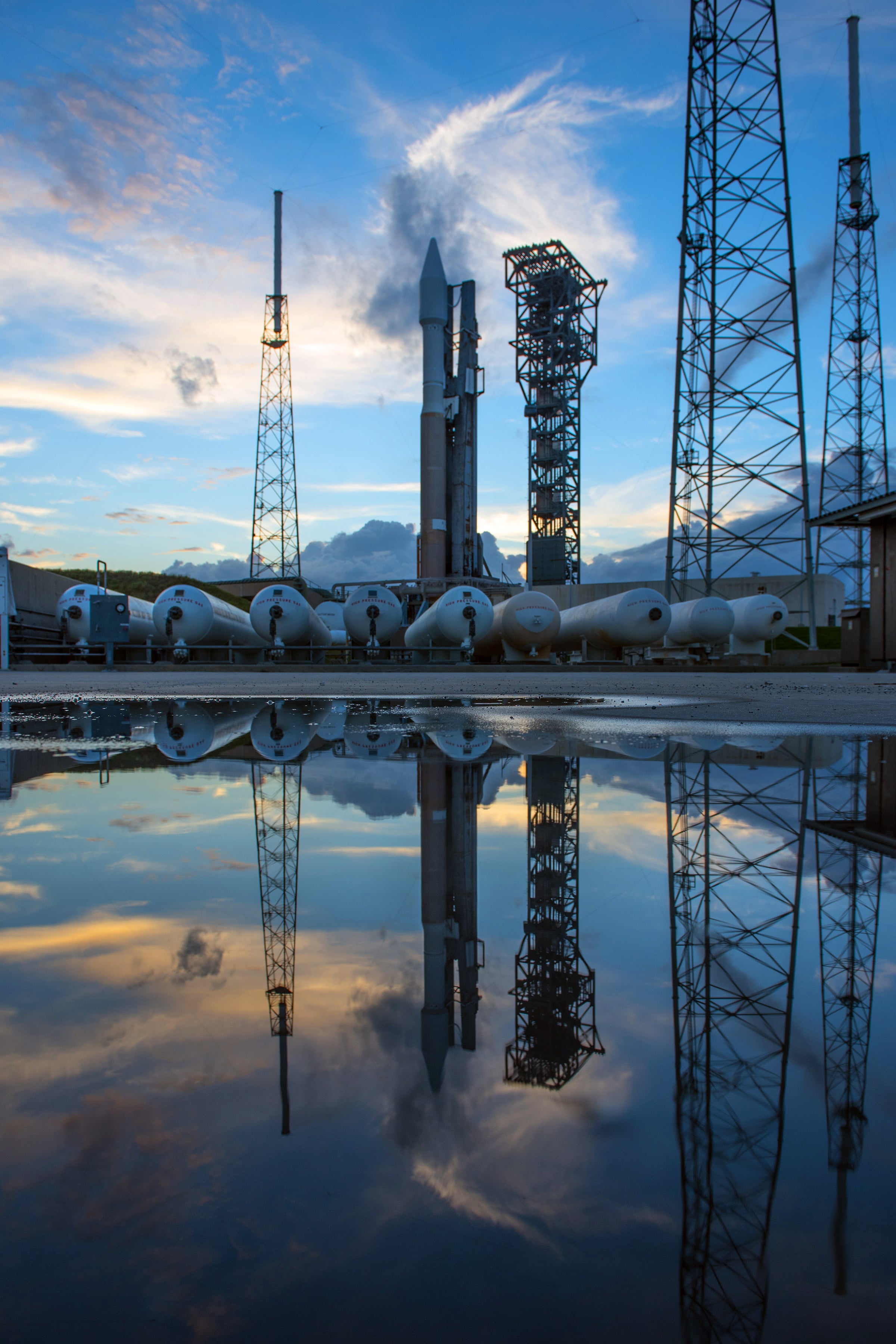 The return to flight mission is using both a new launch configuration and a new spacecraft. This is the first launch using an United Launch Alliance Atlas V instead of the Orbital ATK Antares until they finish upgrading their rockets with new RD-181 engines.

This is also the first launch of the Enhanced Cygnus, as the spacecraft has been modified with a larger cargo module (increasing volume by 25% and payload mass by 1,200 kilograms) and more mass-efficient service module with upgraded power systems and Ultraflex solar arrays. 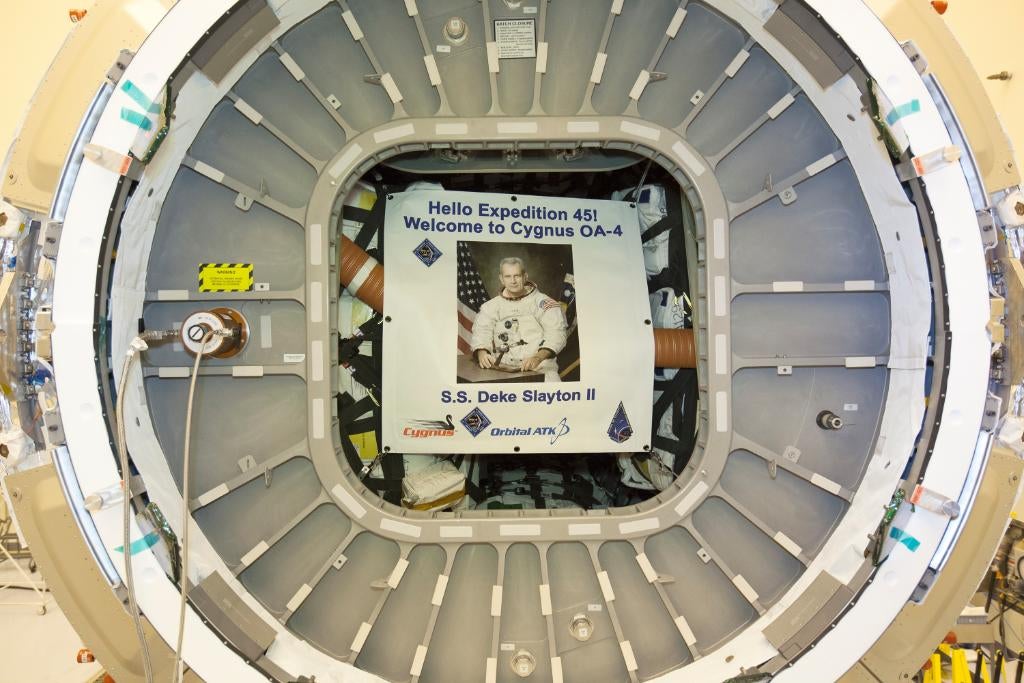 S.S. Deke Slayton II is a tribute to the Mercury astronaut of the same name. Image credit: NASA

The fourth Cygnus commercial resupply service is named S.S. Deke Slayton II in tribute to the astronaut of the same name for pioneering commercial spaceflight. Slayton was a decorated Air Force test pilot before being selected as one of NASA's original astronauts, the Mercury 7. After being grounded for a heart arrhythmia during the Mercury program, he became the first Chief of the Astronauts Office and ran crew selection for Gemini and Apollo missions including the Moon landing. He eventually received medical clearance to participate in the Apollo-Soyuz Test Project, then took up monitoring testing for the space shuttles.

When Slayton retired from the space agency, he became an advocate and driving force behind the development of commercial spaceflight. He served as president of Space Services, Inc, and was the flight director for the launch of the first commercial rocket, Conestoga. He continued his public service on the Commercial Space Advisory Committee for the Department of Transportation.

Slayton died from a malignant brain tumour in 1993. 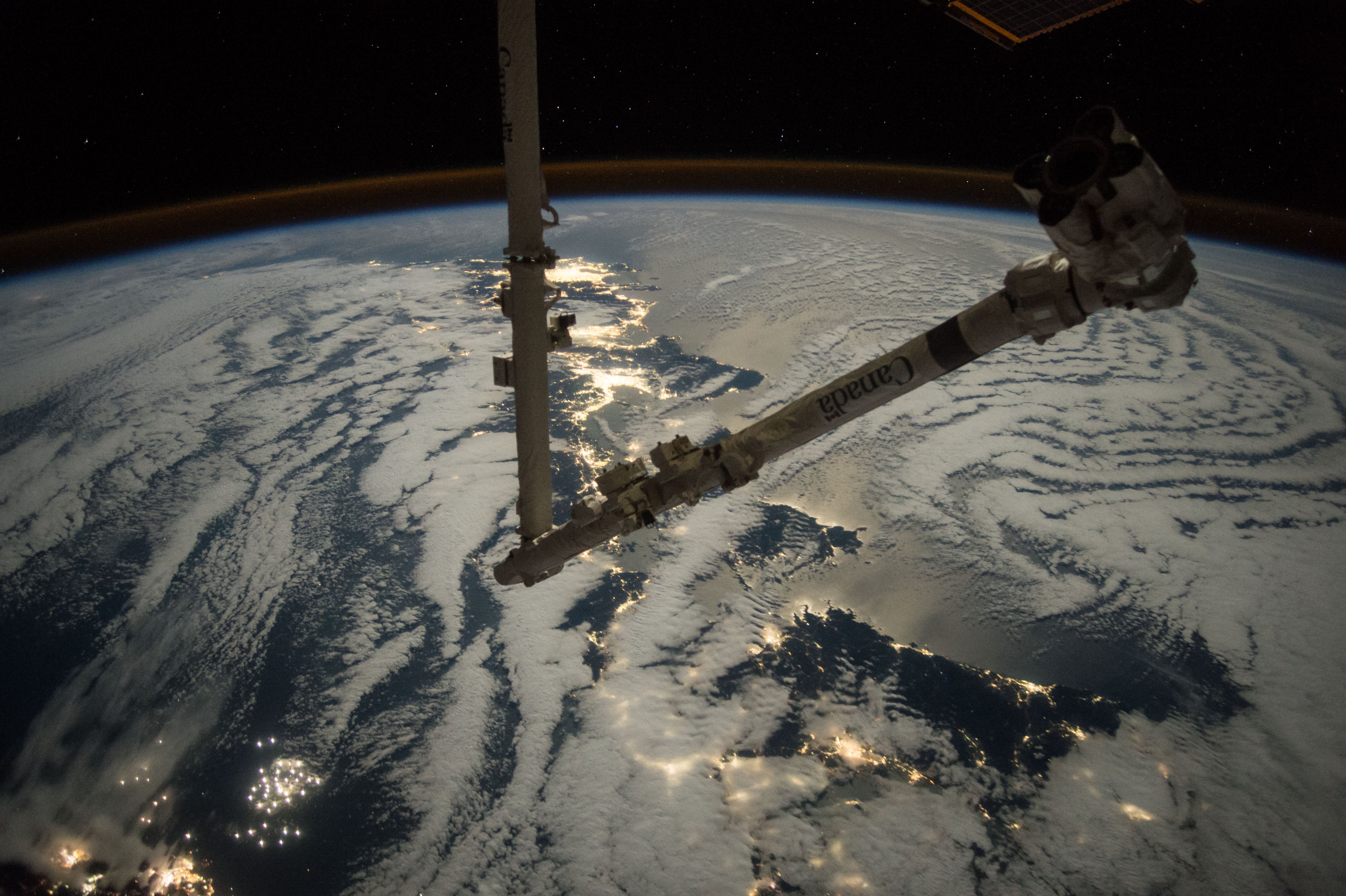 The Canadarm2 empty and waiting for the arrival of Cygnus. Image credit: NASA

Once the spacecraft reaches orbit, it won't intercept the station until two and a half days later. A pair of NASA astronauts, Kjell Lindgren and Scott Kelly, will manipulate the Canadarm2 into grappling the cargo ship and pulling it close to the station. This will be the first time any cargo ship is berthed to the Earth-facing port on the Unity module, opened as part of station reconfigurations for future commercial crew missions.

Keeping astronauts equipped is getting rough. Since the previous Antares/Cygnus explosion, only two of three SpaceX launch attempts succeeded (the third exploded in June), and four of five Russian Progress cargo tugs made it to the station (the fifth went astray in April). The only launch of the Japanese HTV succeeded. After all the disasters, the astronauts are well-supplied with basic necessities like food, water, and air, but are running low on critical parts for repairs, and on equipment for science experiments. 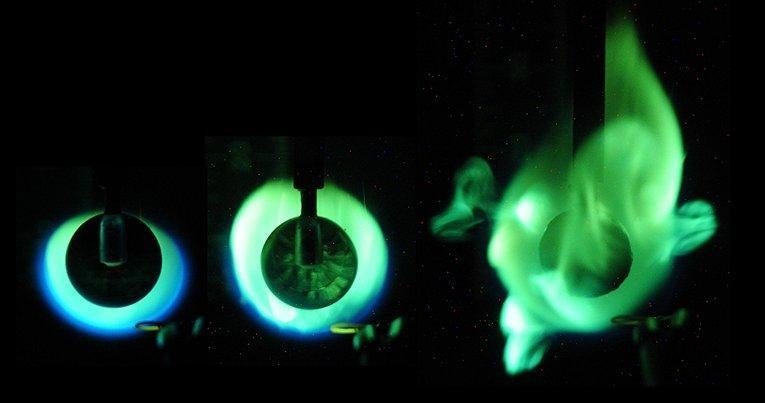 Cygnus' cargo is a mix of essential supplies and equipment, research materials, and personal goods. The notable projects buried in the 3,500 kilograms (3,493kg) of cargo are: 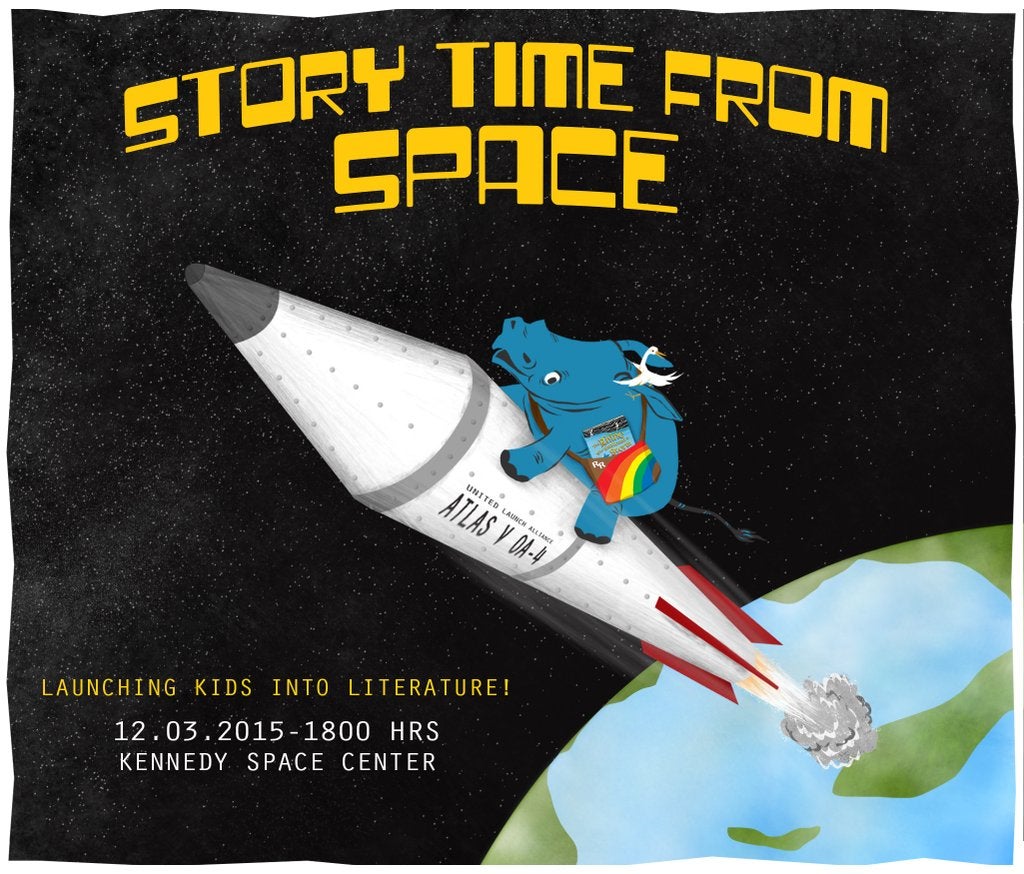 The spacecraft will stay attached to the space station while astronauts unload materials then repack it with nearly 1,400 kilograms (1,361kg) of garbage. It will detach from the station approximately a month later, heading for a fiery death during destructive reentry into the Earth's atmosphere in January 2016.

The Cygnus launch is the first flight for the vessel since the previous Cygnus was destroyed by an Antares rocket explosion in October 2014. It is the fourth launch of Orbital's commercial resupply contract.

You can rewatch the launch here:

Top image: The Atlas V blasting off on... Credit: