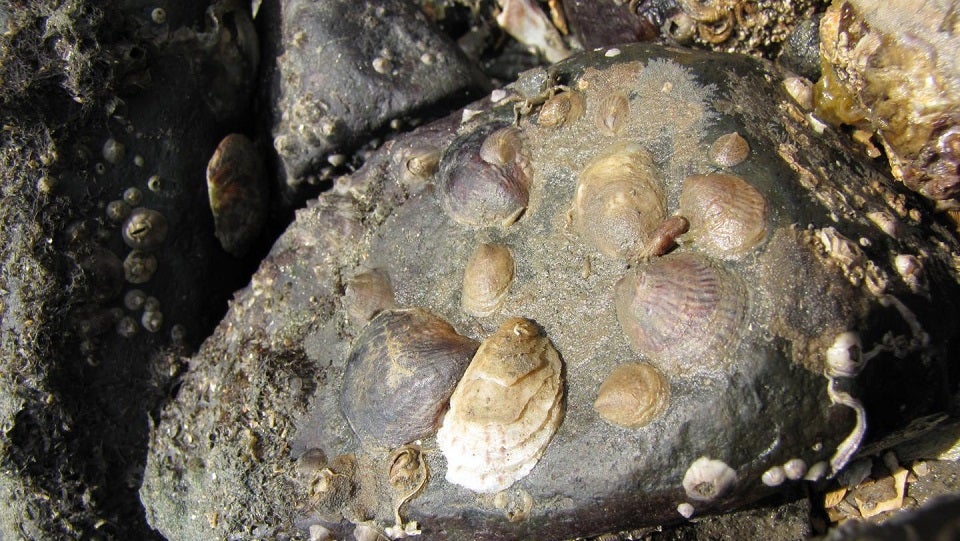 A surprisingly large number of animals change sex over the course of their lives. But why? Is it chemical? Is it due to some sophisticated twist of genetics? In the case of limpets, it's way simpler than that.

Limpets spend most of their lives clinging to rocks and having very long penises. Eventually, though, they require some other limpet to put their penis in and that's when things get tricky. We know that limpets change sex, but until recently some scientists thought that their cue to slowly shrink down and discard their penis came from some kind of chemical signal, put out by other limpets, washing around in the water they all share.

To find out, scientists got a couple of male limpets, a couple of cups, and a little sea water. One pair of limpets were allowed to freely wander around their cups, during which time they frequently came into contact with each other. Another pair of limpets were in an identical cup, but were separated by a mesh screen. Water and food freely moved through the mesh, and every now and again the scientists pried the limpets loose and made them swap sides so they could come in contact with each other's "pedal mucus."

Both pairs of limpets eventually changed sex — that's what limpets do, the lucky souls. But, compared to the limpets that were not allowed to touch each other, the larger limpet in the "contact pair" became female early, and the smaller limpet in the "contact pair" delayed becoming female for a long time. Apparently it's as simple as that. Being able to get their cold, clammy pedicles all over each other caused the limpets to work out which one was going to turn female and which one was going to stay male.