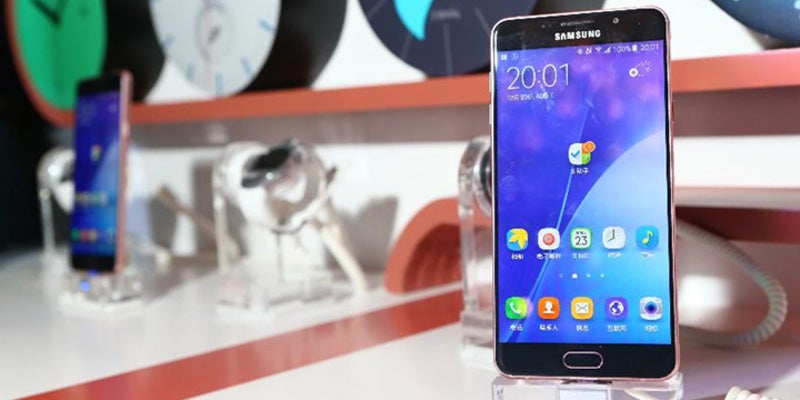 Samsung has announced the latest in its A series of phones at an event in China today. The Galaxy A9 is a slight departure compared to the svelte A8, with a monstrous screen and battery capacity to match.

The new phone features a massive 6-inch screen — it's a 1080p AMOLED panel for those who care about such details — with curved 2.5D edges. Inside, there are some respectable guts: 64-bit octa-core Snapdragon 652 processor, 3GB of RAM and 32GB of internal storage space. You can also boost that storage capacity using a microSD card.

Perhaps the best thing lurking inside the 0.3 inch-thick aluminium frame, though, is a hulking 4,000 mAh battery, that should keep the phone running... well, at least all day. Elsewhere, there's a fingerprint reader in the home button, a 13-megapixel main camera,an 8-megapixel front-facer, and Android 5.1.1 Lollipop.

All in, it's a nice-enough seeming phone, though you'll need rather large pockets to stow it away. There's no word on forthcoming pricing or availability at the time of writing.