Researchers Have Made Socks That Use Urine To Create Electricity 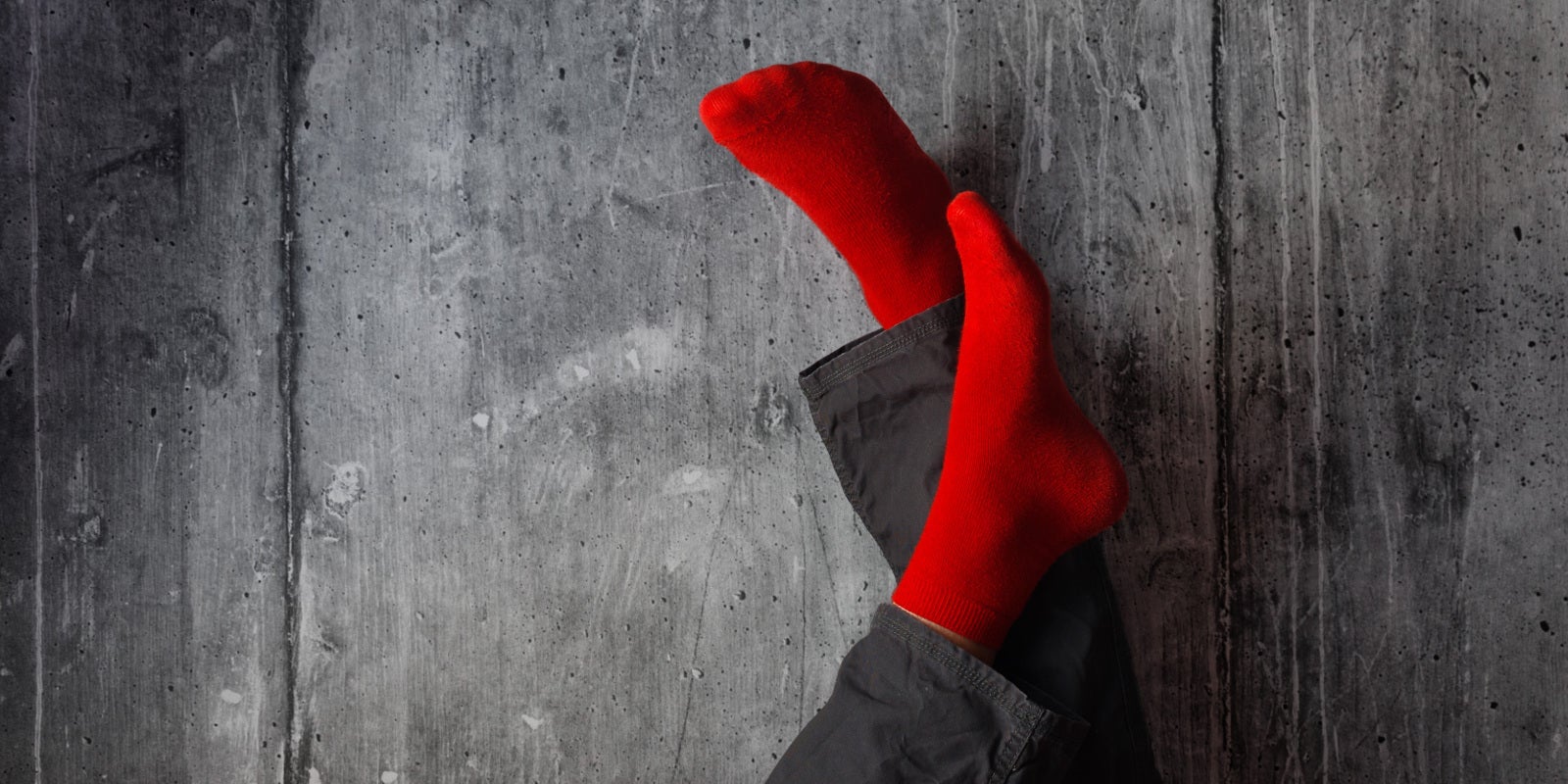 Your urine may be of more use kept about your person. At least, that's what a team of researchers from the University of the West of England think, because they have made a pair of socks that use the liquid to generate electricity. The new sock contains a network of integrated tubes that can hold up to 648mL of urine. The act of walking forces the liquid through microbial fuel cells, which contain bacteria that take delight in consuming the nutrients held in your pee, creating electricity in the process. In a series of experiments, published in Bioinspiration & Biomimetics, the team shows that the socks are capable of powering a wireless transmitter which could broadcast a message every two minutes.

Using urine to create electricity isn't a new idea, but usually the techniques use an electric pump to force the urine though the fuel cell. This time, it's humble human foot power that provides that pressure — each step forces a little urine around the silicone tubes in the sock's heel.

If you're wondering how you might get the urine into the socks, though, wonder no longer. "We envisage gear or clothing that already has or could have excretion incorporated, without people having to worry about collecting or handling their urine," explains Ioannis Ieropoulos, one of the researchers, to New Scientist. Nice.