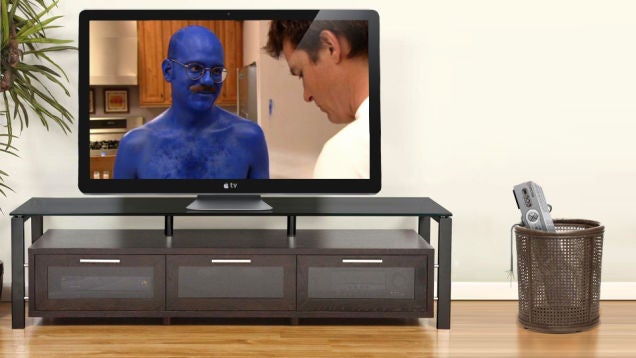 The idea of an Apple live TV service has long lingered on the horizon, a mythical cord-cutting utopia just out of reach. But according to a Bloomberg report, work on the project is "on hold".

Bloomberg quotes both an anonymous source, and CBS CEO Les Moonves as saying Apple's plans have been temporarily shelved. It's not that Apple doesn't want to make it a reality: apparently, the delay is due to resistance from the media world. It didn't like Apple's proposal to sell a package of 14 channels for $US30 ($42) to $US40 ($55) per month.

The plan might be on hold, but Moonves said it would almost definitely be happening at some point in the future. At the moment, Apple's focus is just on the Apple TV's app store. That makes sense: both the new hardware, and the third-party friendly App Store, are aimed at bringing new developers, services and games to your TV, rather than having Apple own the viewing process front to back.

Tegan Jones 17 Feb 2020 8:25 AM
We're calling it, this is officially the best phone plan we gave seen all year. Not only do you get an insane amount of data f0r only $38 a month, it doesn't have a contract and you get free Netflix for a year. But you only have until this afternoon to snap it up