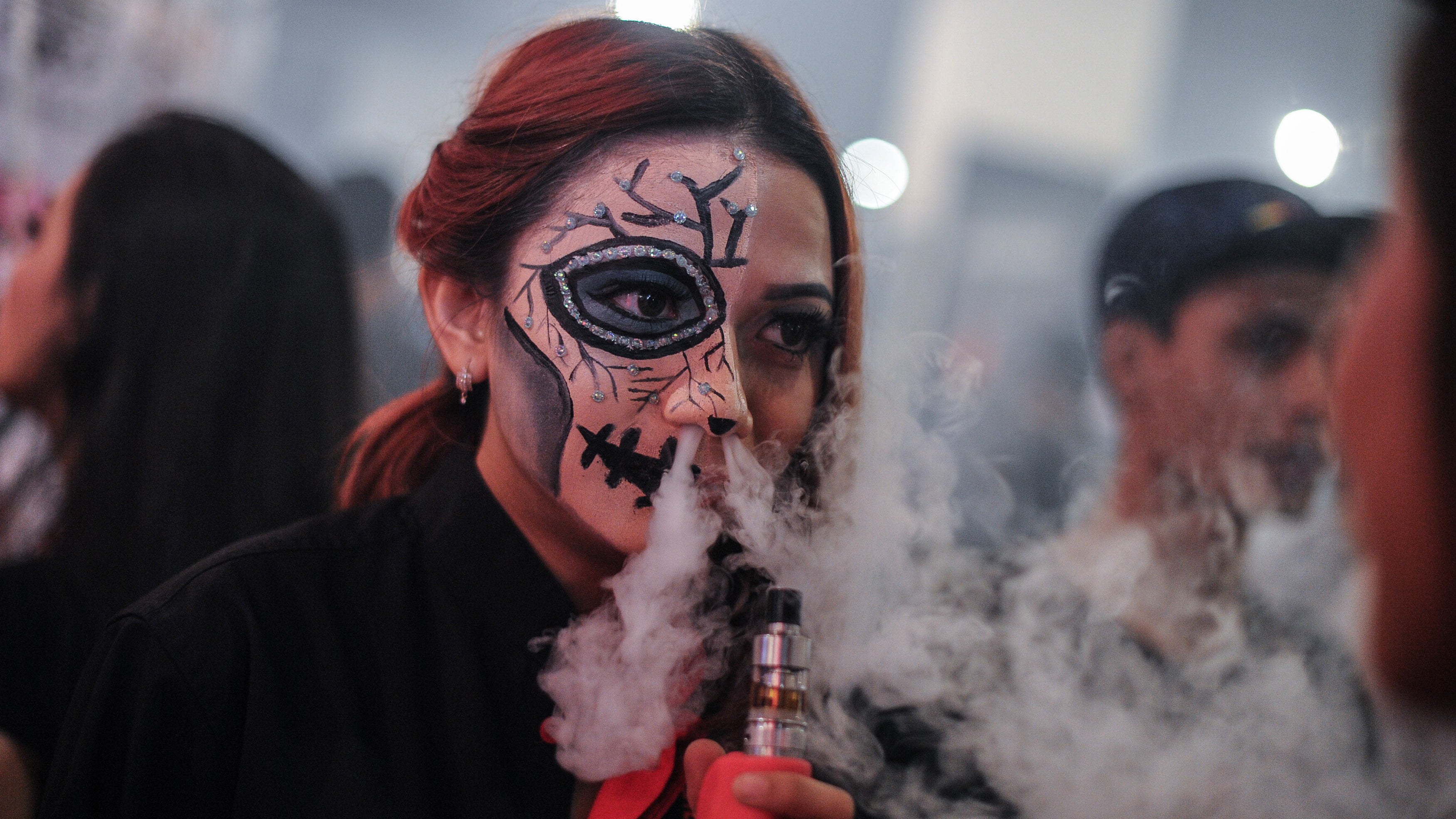 In the weird world of vaping research, it's hard to find a scientist who isn't funded by a tobacco company or an anti-smoking organisation. However, in a government-funded study, a team of Harvard scientists made a grisly discovery. Candy-flavoured e-cig liquid contains chemicals that cause a horrible condition called "popcorn lung".

The study revealed that 75-per cent of the 51 flavoured liquids tested contain the very dangerous chemical diacetyl and two other harmful compounds. The flavours tested "included varieties with potential appeal to young people such as cotton candy, 'Fruit Squirts,' and cupcake". (It's unclear if the teen-favourite "unicorn puke" was included.) Diacetyl is known to cause bronchitis obliterans, a degenerative and irreversible respiratory condition also known as that often requires a lung transplant. Bronchitis obliterans is also known as popcorn lung.

The name isn't as visual as it sounds. Its history can be traced back to a case of eight former employees of a factory in Missouri that made artificial butter flavour for microwave popcorn. The workers inhaled diacetyl from the flavouring on a daily basis and developed wheezing, coughing, shortness of breath, as well as night sweats and weight loss. It sounds like a very terrible condition!

Here's the scary thing: Many people who vape with flavoured e-cig liquids also inhale this chemical on a daily basis. Some of these people are kids, especially since many US states still allow e-cigs to be sold to minors. The US Food and Drug Administration (FDA) is considering regulation e-cigs like tobacco products, but for now, it's still a bit of a free for all.

What makes this revelation especially concerning is two-fold. One, the study was funded by the US National Institute of Health, not some tobacco lobby, so it's potentially more reliable that the many, often contradictory studies already out there. Two, the study focuses not on the perils of nicotine consumption but rather the chemicals used to flavour e-cig liquid. So even if you think you're safe vaping with nicotine-free liquid, you could still end up with popcorn lung.

"Since most of the health concerns about e-cigarettes have focused on nicotine, there is still much we do not know about e-cigarettes," says Harvard professor David Christiani, who co-authored a paper on the new study. "In addition to containing varying levels of the addictive substance nicotine, they also contain other cancer-causing chemicals, such as formaldehyde, and as our study shows, flavoring chemicals that can cause lung damage

All that said, there's still a lot of research to be done about the health effects of vaping. Another recent study funded by the British government claims that vaping is 95-per cent less harmful than smoking tobacco. That 5-per cent could still prove deadly, though.