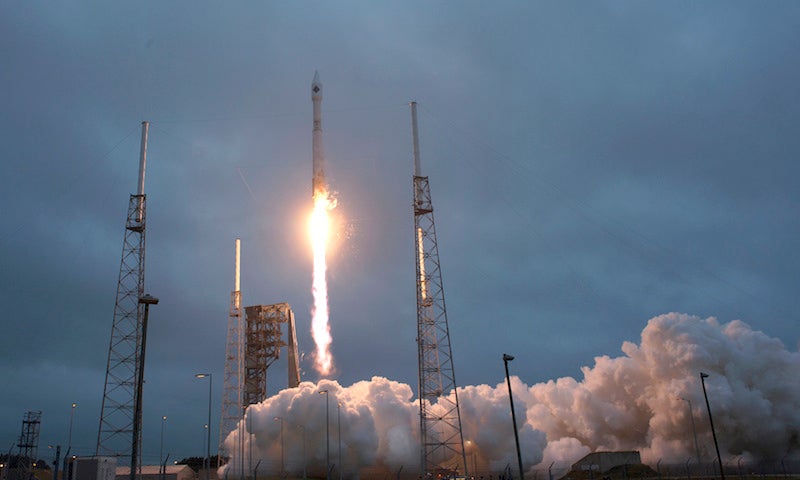 If you ever get a chance to watch a launch in person, do. Absolutely nothing compares to that bone-rattling roar of exhilaration. But if you're like most of us and stuck at home next time a rocket blasts off, savour NASA's new ultra high definition footage for your vicarious viewing pleasure!

NASA released its first ultra high definition launch footage with the successful return to flight of the Cygnus spacecraft performing a cargo run to the International Space Station. Launched on Sunday after several delays, the spacecraft docked early on Wednesday morning.

The video starts as Orbital ATK's Cygnus spacecraft is getting ready and tucked into a fairing, and loaded onto Untied Launch Alliance's Atlas V rocket. It finally gets to the final countdown at Cape Canaveral, Florida at around the 6:45 mark before showing the launch from a variety of angles. They even took advantage of the ridiculously high frame rate to include a close-up slow motion segment starting at 7:15.

Top image: Cygnus spacecraft blasting off on an Atlas V rocket out of Cape Canaveral, Florida in December 2015. Credit: NASA