Multiple US Airlines Ban Hoverboards Because They Keep Catching On Fire 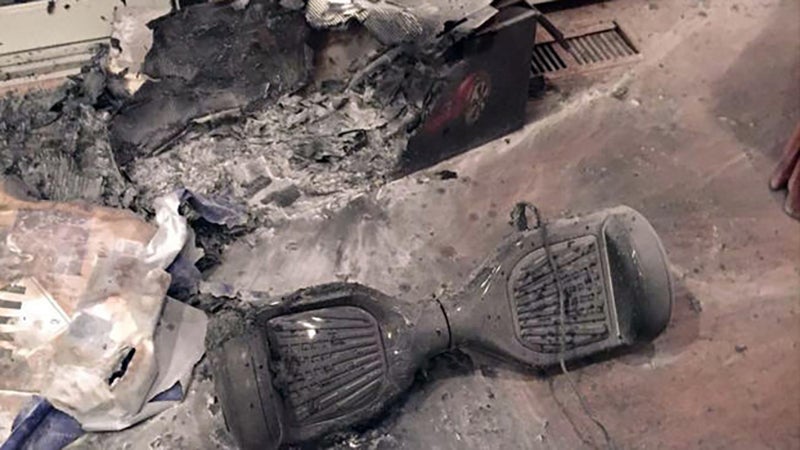 The three largest airlines in America — American, Delta, and United — put hoverboards on the no-fly list this week. The decision came after multiple reports of the gadgets bursting into flames without warning. Obviously, spontaneous combustion and planes do not mix. In addition to these three, both JetBlue and British Airways have banned people from bringing hoverboards on planes. The cited reasons include elevated risk that the devices will overheat and possibly catch fire during a flight. Again, this would be very bad since these types of fires can cause planes to crash. The airlines are not alone in their concern, either. This week, Overstock.com announced that it would no longer be selling hoverboards due to safety risks.

And there are risks. On Thursday, the US Consumer Safety Protection Commission (CSPC) told Gizmodo that it has 10 active fire investigations in nine states. These incidents are somewhat less common than accidents involving people falling off of self-balancing scooters. Sadly, a hoverboard-related death was also reported this week. In London, a 15-year-old boy was struck by a bus while riding a hoverboard on Thursday night. He was pronounced dead at the scene.

So maybe think twice before getting Junior a hoverboard for Christmas this year. Maybe wait until the CSPC concludes its investigations and potentially recalls the most dangerous of the devices, which currently adhere to no safety standards.

And maybe, seriously, can we stop calling them hoverboards? They do not hover. At this point, it seems like dangerboards would be a more fitting name.