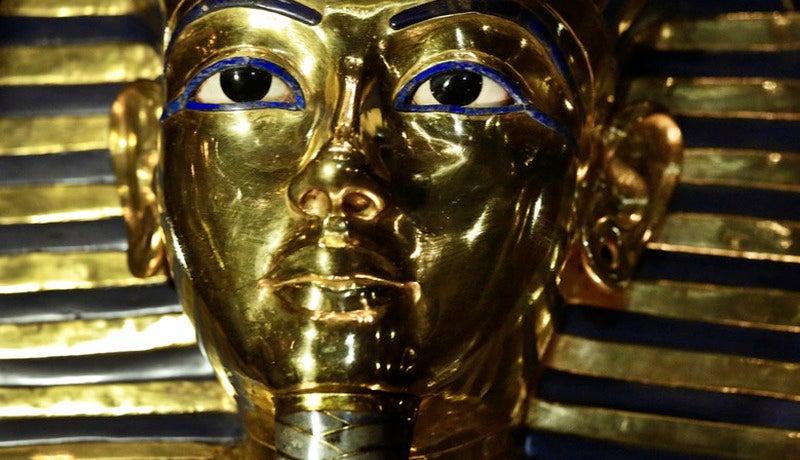 King Tut's iconic burial mask was damaged in 2014 during a failed attempt to reattach the mask's beard with glue. Now, after a $US110,000 ($154,690) restoration, the iconic relic has been put back on display at the Egyptian Museum in Cairo.

To quickly recap, the Egyptian Museum admitted last year that members of its staff accidentally knocked off the mask's blue and gold beard while trying to change the display's light bulbs. The staffers panicked, and hastily glued it back on with an inappropriate epoxy resin, damaging the mask even further; the glue produced a sickly layer of transparent yellow between the face and beard. Removing the stubborn epoxy wasn't going to be easy, prompting fears that the mask was irreversibly damaged.

This past May, experts took a close look at the damaged mask to determine the best restoration strategy, including CT scans and tests to determine how to remove the epoxy without causing further damage. The restoration team also seized the opportunity to fix the many scratches and dents inflicted onto the ancient relic over the years.

Now, some 18 months after the incident, the mask is back on display at the Egyptian Museum. The AP reports:

A German-Egyptian team began restoration work on the mask in October. Egypt's Antiquities Minister Mamdouh el-Damaty said the reattachment came after studies explored the best materials to use for the work.

"We indeed found them to be the natural materials which the ancient Egyptian used; they are still the best tools: beeswax," el-Damaty told reporters in Cairo on Wednesday. "It was prepared well and the beard was attached very successfully."

"We used wooden tools, spatulas, other wooden instruments ... In addition, we slightly warmed up the adhesive," he said.

Thank goodness. Now that this sorry episode is over we can shift our attention to a potential new discovery at King Tut's Tomb: A possible hidden chamber that may hold the remains of Tut's step-mum, Queen Nefertiti.