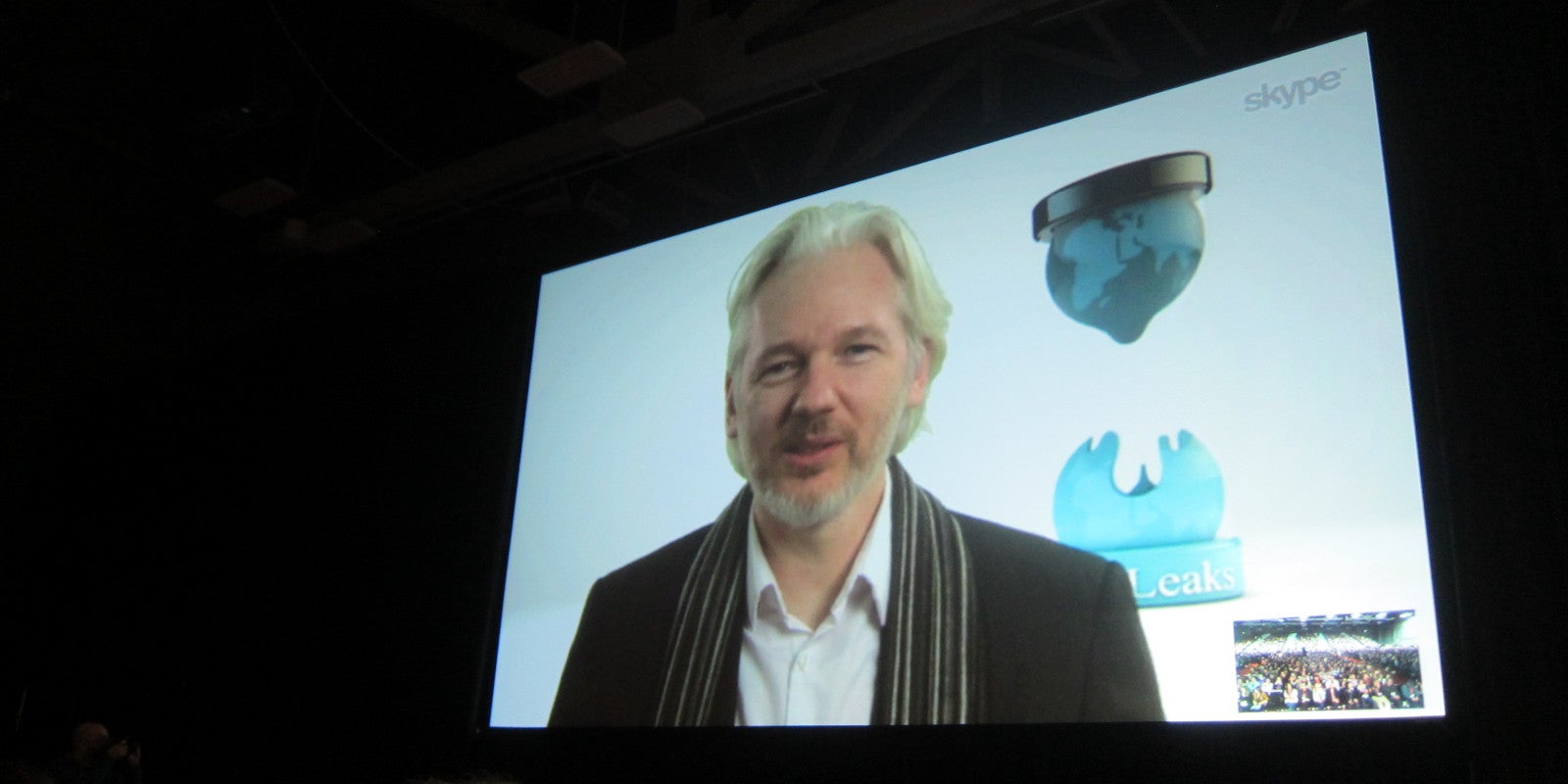 An agreement between Ecuadorian representatives, Julian Assange and Swedish authorities has apparently been reached, that may see him questioned by Swedish police without having to leave the safety of his diplomatic immunity bunker in London. The charges against Assange stretch back a long way, back to before the more sympathetic (and likeable?) Edward Snowden took over the mantle of being the internet's favourite source of governmental shame. The move would conveniently allow Assange to avoid extradition to Sweden to face those charges of sexual assault against two women — charges Assange has previously rubbished.

It would also mean Assange would be able to fulfil the Swedish request to answer questions while remaining in his tiny bit of London — inside the Ecuadorian embassy — without fear of being arrested by US authorities should he leave. Indeed, that's why he's so keen to avoid travelling to Sweden. (It's also quite cold there at the time of year, too, we guess...)

Assange's legal defence team leader Baltasar Garzon has said that: "Julian Assange's rights need to be respected by Sweden and the United Kingdom. These countries have failed to do so until now. Julian Assange's only demands are that his fundamental rights are acknowledged and respected, including the asylum granted to him by Ecuador."