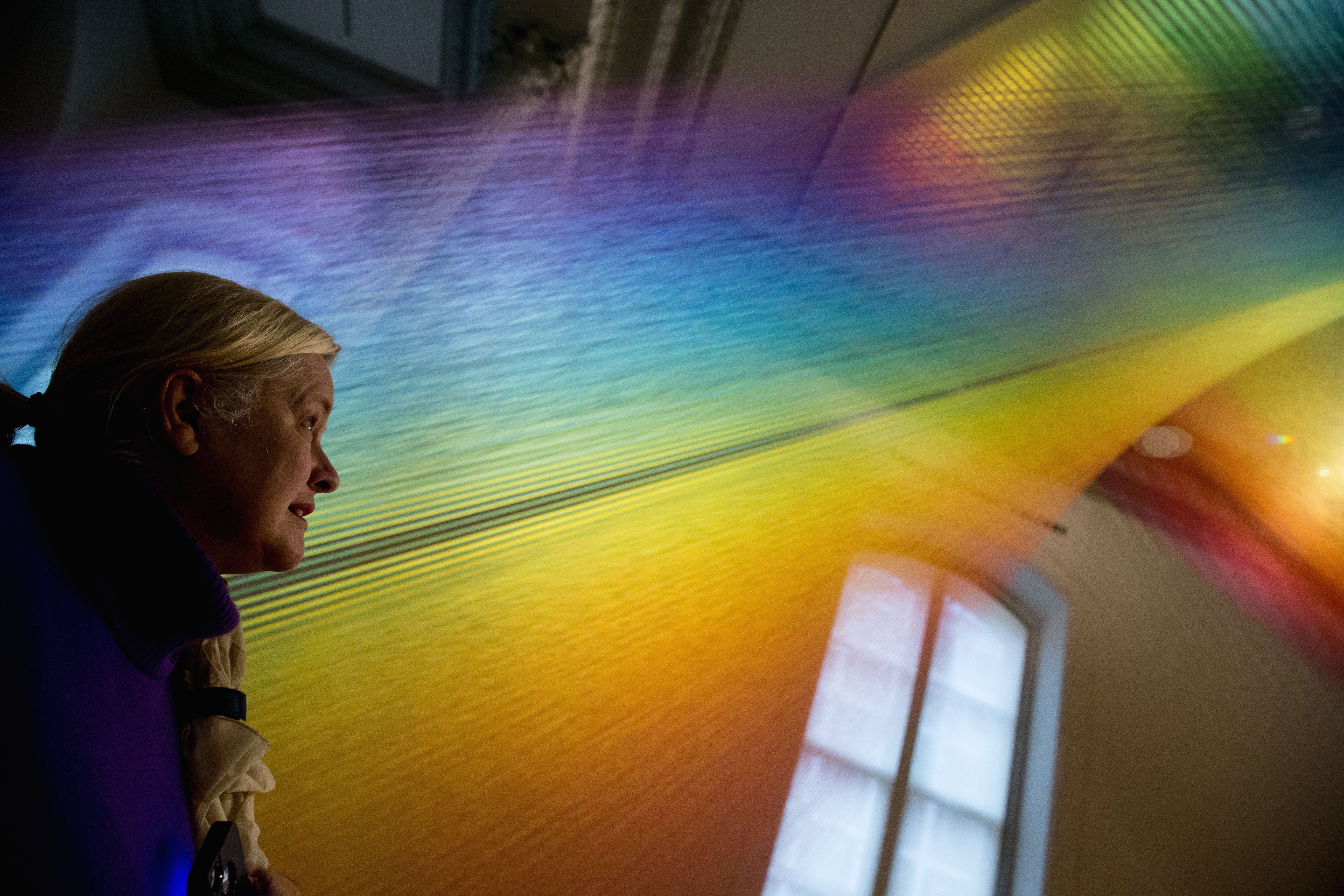 How do you sew up a seam that hangs 6m above your head? You develop your own, industrial-sized needle — like the artist Gabriel Dawe did to finish this installation.

"I use an extension pole with a tool I developed that works as a giant needle," Dawe explains in an interview about his piece at the Smithsonian's Renwick Gallery this month. The Dallas-based, Mexico City-born artist has had plenty of time to perfect the art of large-scale sewing, since he's made dozens of installations using sewing thread, each of them using every colour in the visible spectrum. "It's just stretching the thread one strand at a time," he continues in the video. "There's thousands of connections between hooks in the floor and hooks in the ceiling." 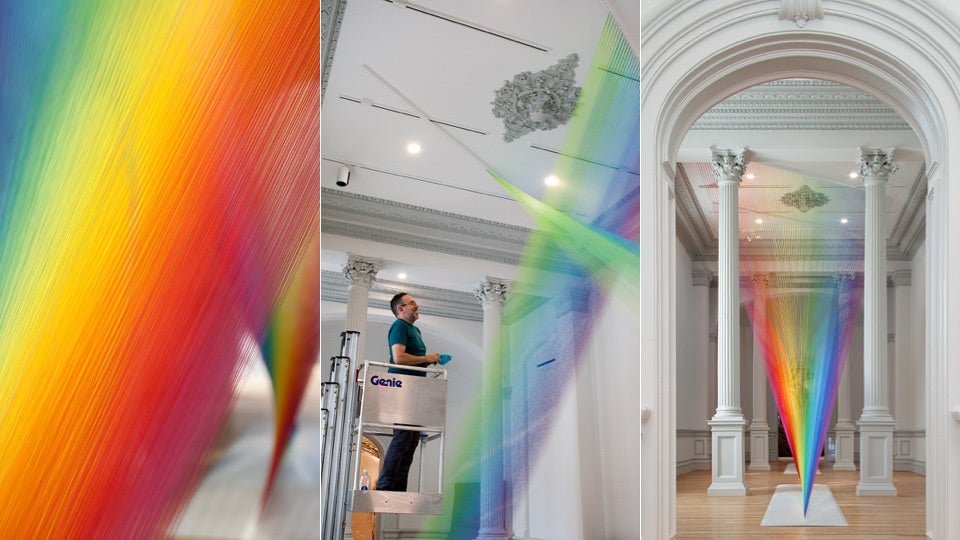 Images courtesy of the Renwick Gallery.

It may be tedious work, but the results are worth it. At the Renwick Gallery — which just reopened after a two-year closure — Dawe says he used between 55 and 97km of thread to weave a twisting rainbow of colour over the gallery's neoclassical hallway.

Together, these thousands upon thousands of fine strands of thread create something that looks almost like a gas or fog made into structure. "They're basically these architectural structures made with the core material of clothing," he says.

So, what made him so eager to play with string? In a great essay about his work, Dawe explains the fascination: As a kid, he looked up to his older sister, who loved embroidery — a "a definite no-no for boys" during his childhood. "Eventually, I grew out of that frustration, but the memory of it led me to explore this technique as an adult, and in doing so, to question the many social constructs that we sometimes presume to be permanent, rigid and inflexible," he writes. 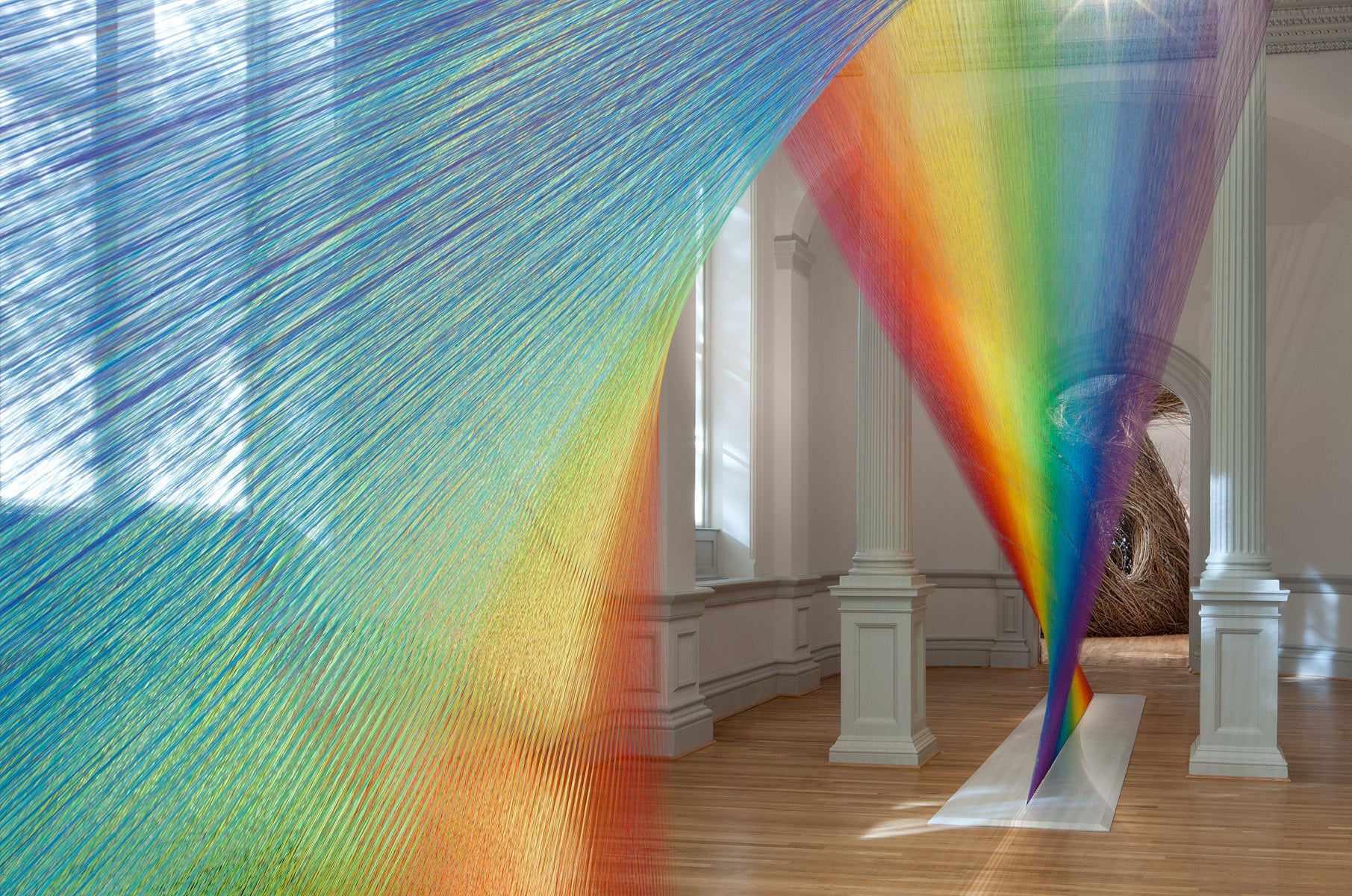 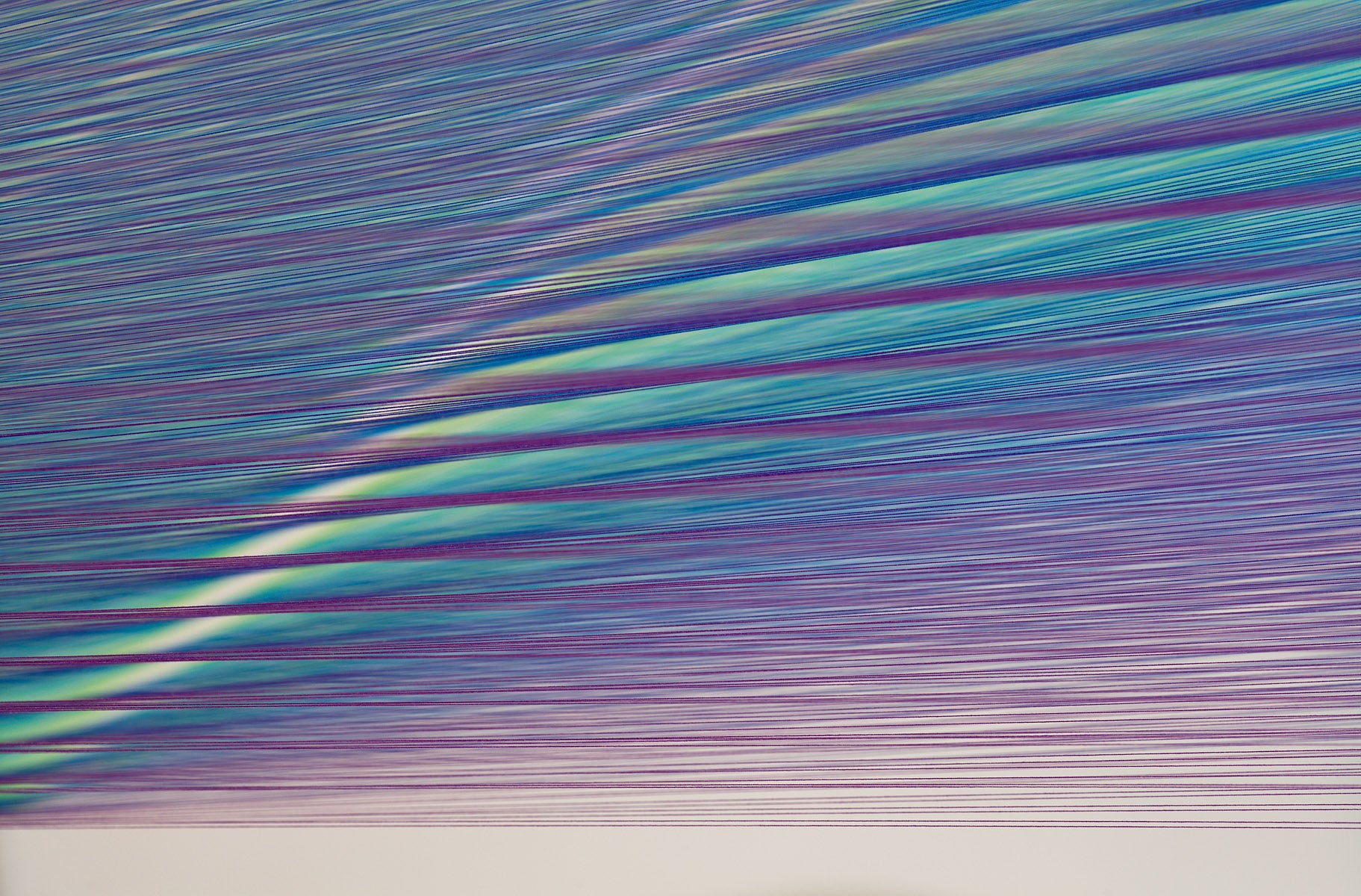 Really, he's still embroidering today — just at a scale that requires him to build his own tools. You can read more at Smithsonian Mag.

Lead image: AP Photo/Andrew Harnik. All other images courtesy of the Renwick Gallery.