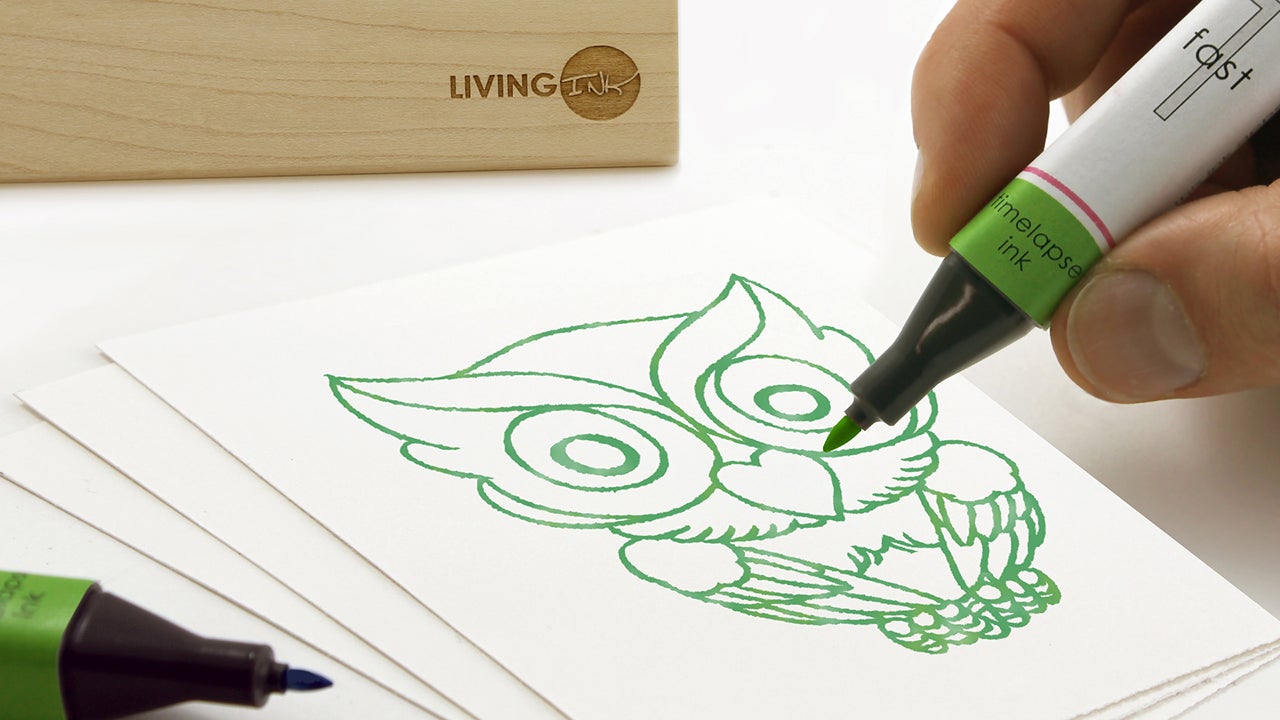 Some of the best inventions actually started out as accidents, and such is the case with the world’s first plant pen. Its creators were trying to create an eco-friendly alternative to printer ink using algae, but ended up creating invisible ink that magically appears after a few days exposure to sunlight.


The folks at Living Ink Technologies are still working on their sustainable printer ink dream, but in the meantime they have created a couple of pens filled with the algae-based ink that they refer to as “timelapse” ink because the artistic creations drawn with it only appears after a couple of days. 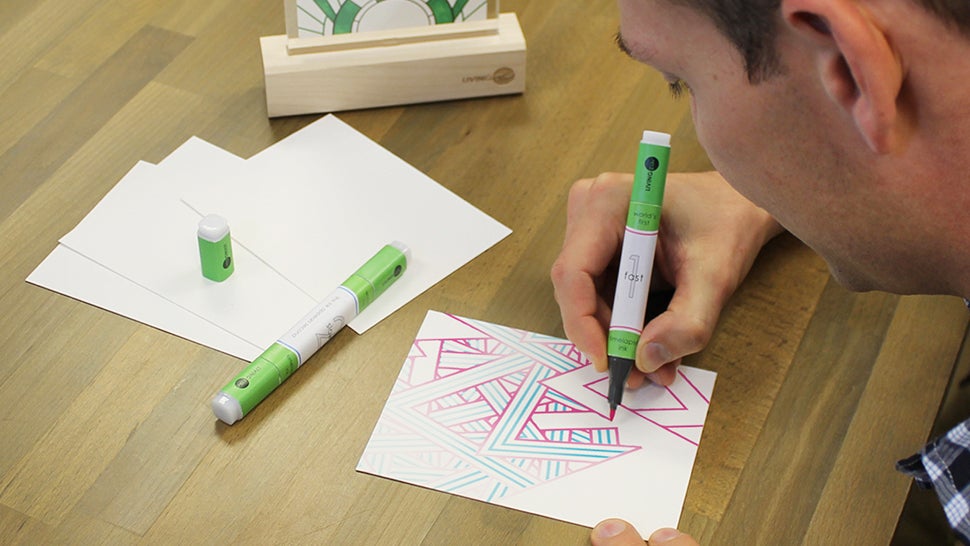 On the science side of things, the Living Ink pens contain cyanobacteria, algae, and chlorophyll in very tiny amounts that are invisible to the naked eye at first. But when exposed to sunlight, the algae and bacteria reproduce at astonishing rates, eventually bolstering their numbers to the point where they finally appear green, thanks to all that chlorophyll.

On the artistic side of things, the Living Ink material in the pens also contains disappearing ink so that you’re able to create an initial design on paper. The pink pen contains “fast ink” which then grows in the first one or two days, while the blue pen contains “slow ink” that usually takes about three to four to appear. This allows you to create a two-stage secret reveal over the course of about a week. 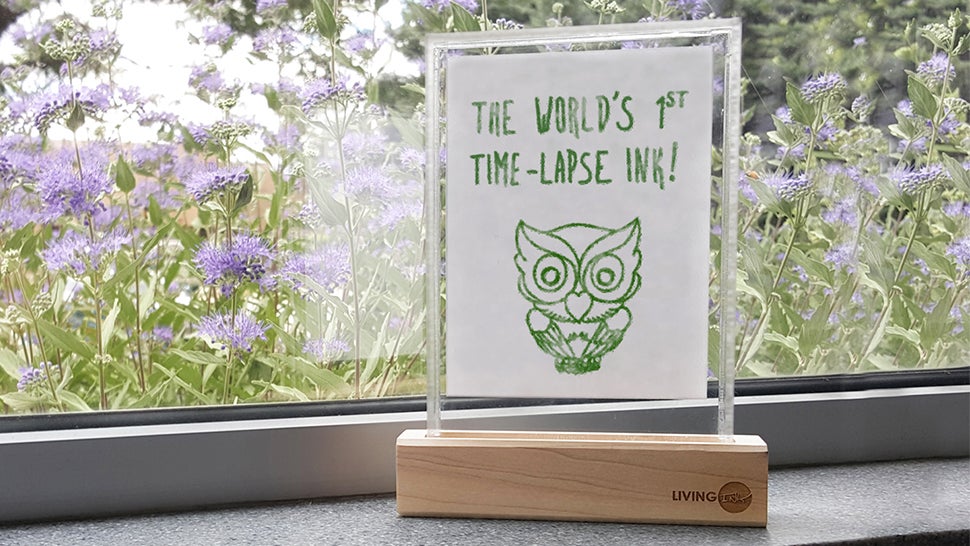 The last step is to put your Living Ink creation inside a compact greenhouse (which doubles as a picture frame) filled with a nutrient-dense material called agar that promotes the ink’s growth — and wait. With enough patience and exposure to the sun, eventually your artistic creation will make its appearance.

When removed from the frame the algae and bacteria will eventually die, but the resulting image actually stains the paper so that it won’t fade away. From the company’s own testing, the Living Ink images remain visible and colourful out of the frames for well over two years and counting. 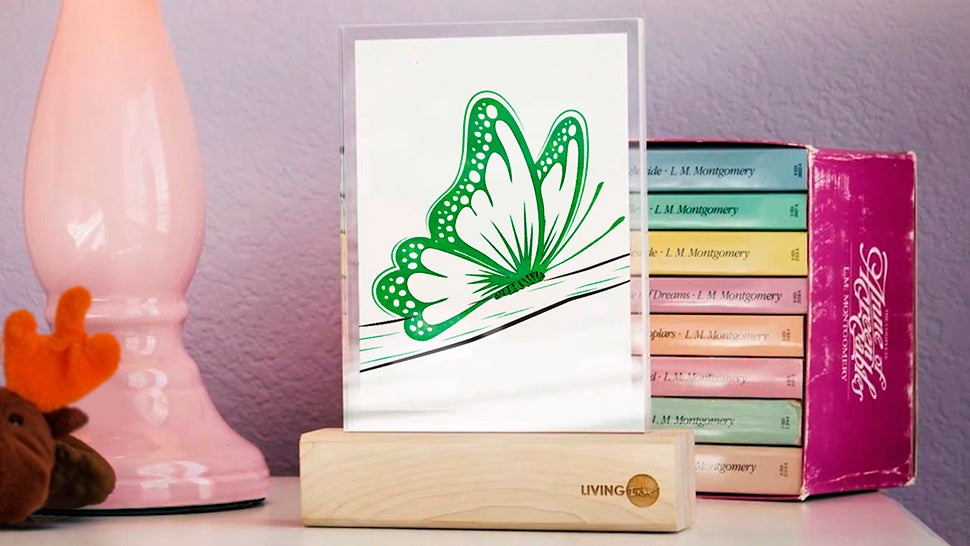 Living Ink Technologies is attempting to fund its creation through a $US15,000 ($20,737) Kickstarter campaign that just launched, and for a short time you can pre-order the most basic set, which comes with everything you’ll need including both pens, for just $US30 ($41).

Don’t count on this as the perfect Christmas gift, though, delivery isn’t expected until March of next year, and that’s assuming everything goes well from the Kickstarter campaign succeeding, to production going smoothly. They rarely do, but Living Ink Technologies has been working on and perfecting this algae-based ink for quite a few years now, so it’s not like they’re only working off an idea brainstormed on a cocktail napkin like countless other crowdfunding campaigns.