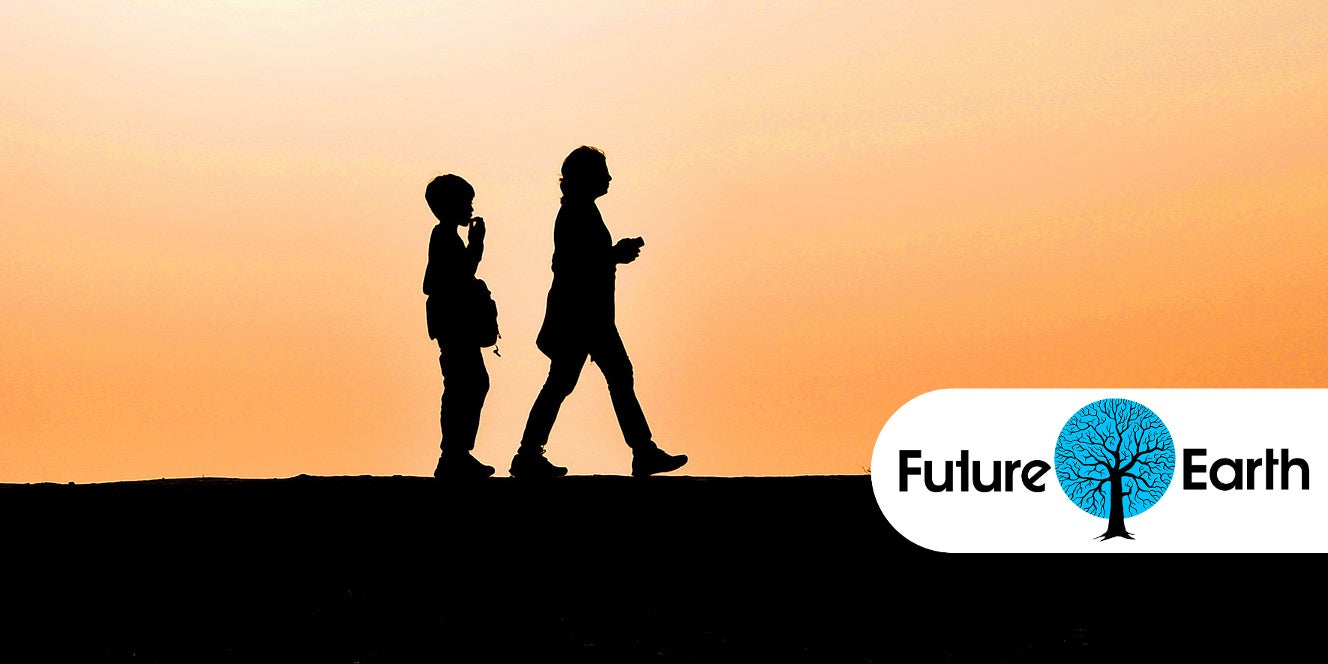 Reducing carbon emissions is vital for the health of our planet. But in a session at the Conference of Parties today in Paris, the World Health Organisation set out some compelling reasons why effective climate action might make humans a little healthier, too.

"People think the talks are about protecting the environment, plants, animals," explained Dr Maria Neira, Director of Public Health and the Environment Department at the World Health Organisation, during a sessions in Paris today. "But it's as much about human health. The measures you need to take in order to fight climate change also have a positive impact on basic health issues."

Some of the effects of climate change that can affect our health are strikingly apparent. The smog that recently engulfed Beijing, for instance, is hard to ignore — but it has some profound health impacts. Over the weekend, the air quality index was measured by the US Embassy in Beijing to be 611, for what's referred to as small particulate matter. For context, in the US, the scale tops out at 500 and anything above 300 means that the entire exposed population is at risk of 'serious' health effects.

Dr Carlos Dora, also from the WHO, pointed out what should be obvious: those small particulates in the smog are really very bad for those exposed to them. "We've see that the small particles, smaller than 2.5 microns, can enter the bloodstream through the respiratory tracts and cause diseases," he said. "Look at blood vessels [after exposure], and you'll find similar affect to high blood pressure or cardiovascular disease."

Such air pollution isn't confined to China: it affects other Asian cities, too, including the likes of Singapore and Delhi. And it's spreading west, to cities like Madrid, Paris Krakow, and London. In fact, air pollution kills an estimated 7 million people around the world every year, according to Dora.

There is a lot that can be done, and the benefits are two-fold. "We reduce air pollution, we improve the climate — but we also improve health, too," said Dora. As he sees it, rapid transition to more sustainable transport — whether it's public transit, walking or cycling — is a given for improving health.

But of the 7 million deaths that occur due to air pollution every year, a staggering 4 million of them are a result of indoor pollution, according to Neira. Much of this effect is due to the use of inefficient coal fires for cooking and kerosene lamps for lighting — things that are used in many countries where electricity is scarce. It was polluting coal fires lit by the poor in China as temperatures plummeted that is said to have bought about the recent smog in Beijing.

"Many people wake up with a polluted and contaminated environment," admitted Neira. Effective decisions in Paris, she pointed out, may help encourage countries to put much tighter controls on the availability and burning of coal — in turn improving air quality and, by extension, health.

It's not just air quality. As Dr Diarmid Campbell-Lendrum, from the Public Health and Environment department at the World Health Organisation, pointed out, the warming of the planets brings its own health threats, too. "Malaria, malnutrition, diarrhoeal diseases, and extreme weather events," he said, all pose severe health risks which are "exacerbated by climate change."

In what he called a "conservative estimate," he suggests that, by 2030, over 250,00 deaths could occur every year simply as a result of climate change. As he sees it, the problem is that environmental and health workers simply haven't worked closely enough in the past decade to help tackle the issues before they become a substantive problem. That is due in part to a lack of climate-related health funding: Campbell-Lendrum pointed out that 1.5 per cent of climate change finance goes towards health work.

The good news is that there's still time to avoid the predicted impacts. There's a two-pronged attack that can be made: moving to a low-carbon economy will reduce the impact of the threats, and rolling out effective public health measures can help safeguard against them, according to Neira and Campbell-Lendrum, respectively.

"We want a very ambitious treaty [to be made in Paris]," said Neira. "Because our health can gain a lot from a positive agreement, or it can lose a lot if it's not."