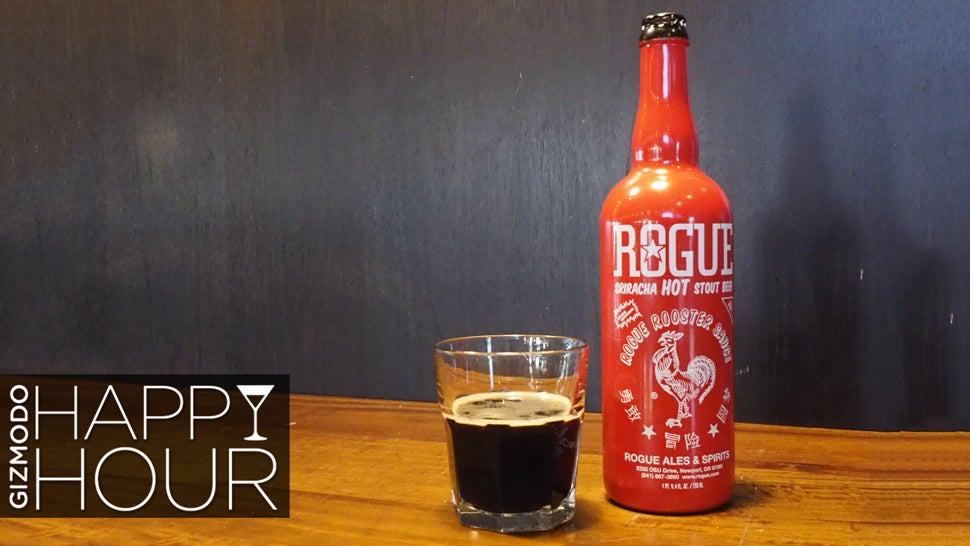 Even though I've never chased a sip of creamy beer with a few squirts of cock sauce, I know Sriracha is going to make it better. Hot sauce makes everything better. Just to make sure, though, I poured myself a glass of Rogue Sriracha Hot Stout Beer.

Not that beer needs improving, mind you, it is a Fine and Good thing on its own. But I'm one of those uncultured eaters who puts hot sauce on everything (OATMEAL?!?!) so that my tongue can't register flavour unless I've doused my meal in some caustic red stuff that measures death on the Scoville Scale.

Made by the free spirited brewers at Oregon's Rogue Ale house, this brew is basically perfectly designed for me. I'm more of a pale ale guy, so I always find stouts a little flat and syrupy for my taste, and Rogue's beer succeeds in kicking up the flavour to something a little more interesting. 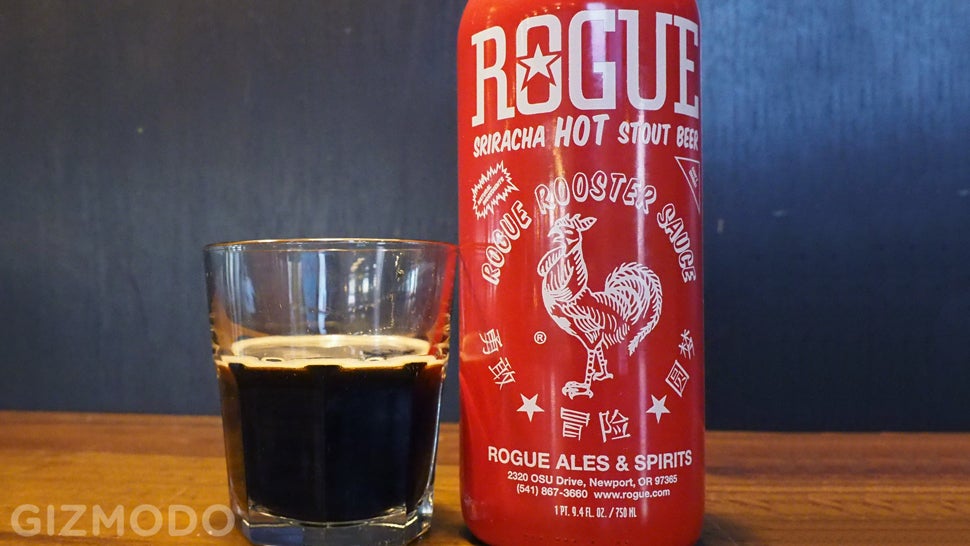 When I first pulled the bottle out of the fridge it was a little too cold, I could only barely glean the spice in the aftertaste. As the beer warms up a little bit you can taste the bite all the way through.

Though my colleague Adam described the flavour as "like squeezing a Sriracha into a good porter," I don't entirely agree. Sriracha is wonderful stuff but the flavour isn't exactly subtle, and I wouldn't say the spice or flavouring totally overpowers the the stout. It's got a nice tingle throughout.

Right now I'm about 3/4 of a way through a 750mL bottle, and I'm not regretting it at all. It's a slow sipper of a beer — you don't want to drink this too fast any more than you want to plough through a enchilada stuffed jalapeños and covered in green chilli sauce. I've got another bottle under my desk, and I don't know that I would necessarily want to dive in for another round. This is a nice novelty, but not a get drunk beer. Or even a drink multiple beer. This is a drink one beer, pound your chest two times, and move on to something else beer.

Even as I write this I can feel my heartburn kicking in. It hurts. I like it. Confirmed: Spicy beer is good.