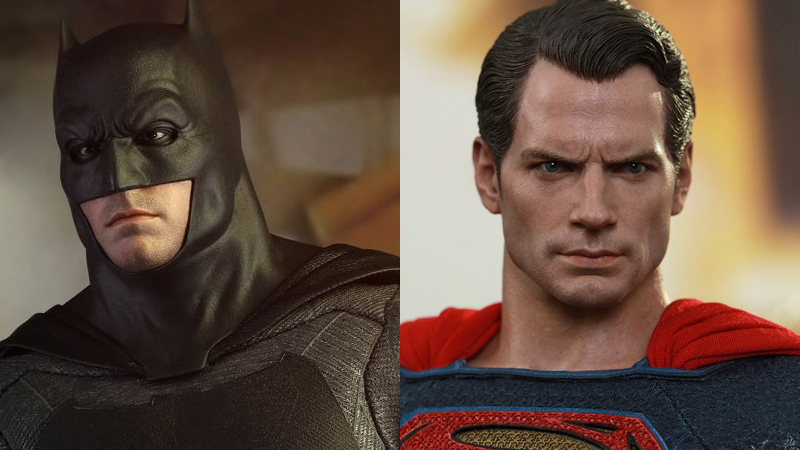 We got a brief glimpse at Hot Toys figures for Batman v Superman earlier this week, but now the company has released a full look at the Dark Knight and Man of Steel, and — nope. Can't do it any more. Have to say it. LOOK AT THE GODDAMN SIZE OF BATMAN'S NECK, HOLY COW. Seriously. I get that Ben Affleck's Batman, inspired by the slab of meat that was Frank Miller's iconic interpretation of the character in The Dark Knight Returns, is meant to be this big, beefy guy who can really rough someone up. But the neck on this figure just looks inhuman. I can't tell if it's the actual size, or the material of Batman's cowl billowing out and creating an unfortunate effect, but it just looks so weirdly cartoonish. It's an effect that stands out even more considering the level of detail going on with the rest of the toy. 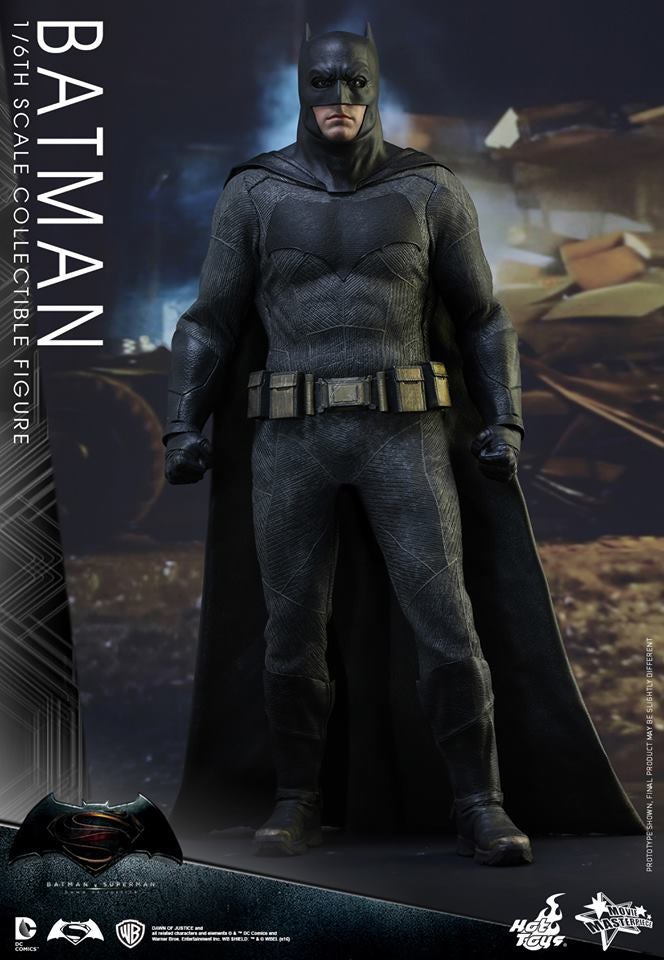 Aside from his massive Bat-Neck, the 1:6 scale Batman comes with a few extra goodies. The usual bonus hands to grip and pose are included, as is a selection of batarangs, a bat-symbol brand, a grappling hook launcher, and an item that looks an awful lot like a gun, but probably isn't a gun, because Batman. The special edition of the figure comes with a Sniper rifle as well, because oh what the hell Batman you're meant to hate guns. On top of that, the toy also comes with three replacement sets of eyes and mouths to slot into the head to emote your Batman however you see fit. 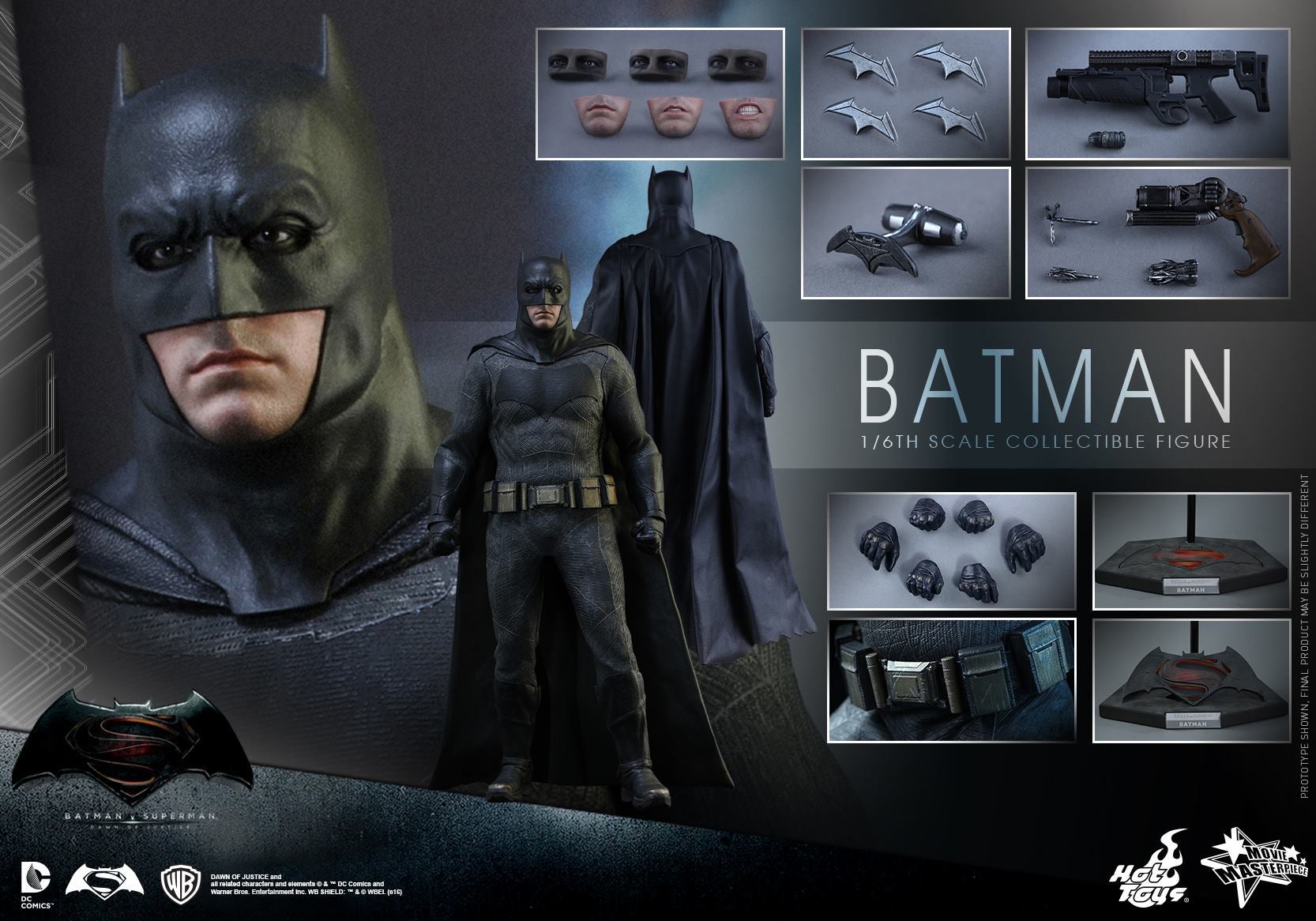 I'm going to be honest. I shared this picture rather than any other just to show the petrifying creepiness of the little sets of Ben Affleck eyes and mouths splayed across a surface. As creepy as that neck is gigantic!

Meanwhile, the Man of Steel himself fares a bit better than Batman, simply because he doesn't have a neck that could span the entirety of Belgium. Just as the updates between Man of Steel and Batman v Superman: They Put Batman In My Own Sequel, Goddammit's looks for Superman are incremental, so are the differences between this Superman figure and the one Hot Toys released for Man of Steel a few years ago. 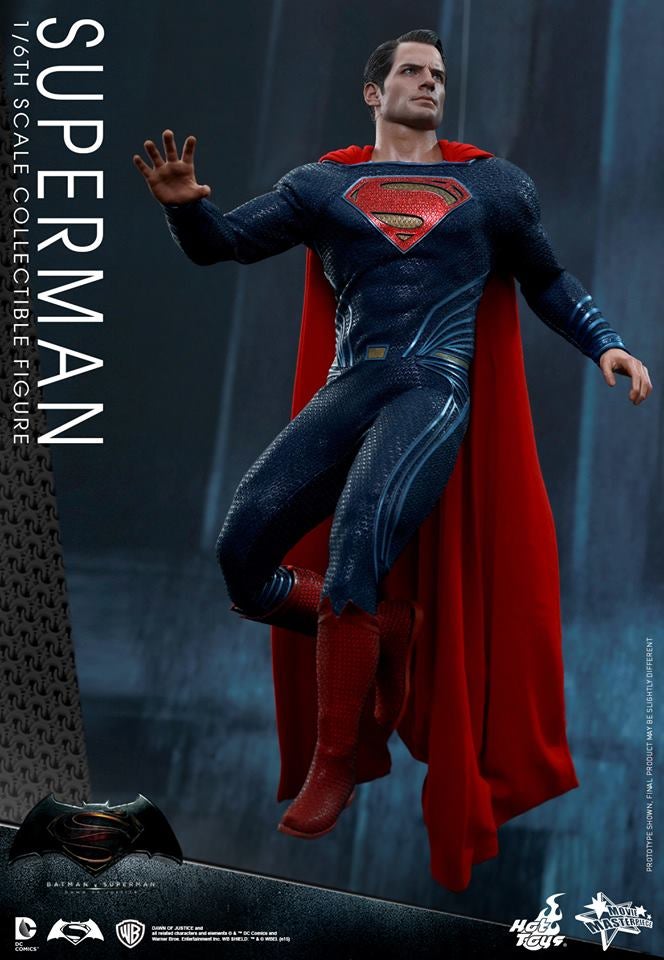 The colours are a little brighter, Superman's headsculpt itself is a little sterner (and has slicker hair), but otherwise this Clark Kent is pretty much the Clark Kent that was out before in terms of detail and overall appearance. But with shiny new branding!

Unlike Batman and his myriad wonderful toys, Superman is a bit more sparsely accessorized — all he has is a set of extra hands to pose him ready to fly or punch the bejesus out of someone. However, the special edition version of the figure does come with one neat addition: an LED-powered glowing hunk of Kryptonite. It's a nice little extra, but also, probably a bit weird for Superman to come with a whacking great chunk of the one thing that can weaken him? Poor fella seems like he's got the short end of the stick, even without being marred by a giant neck. 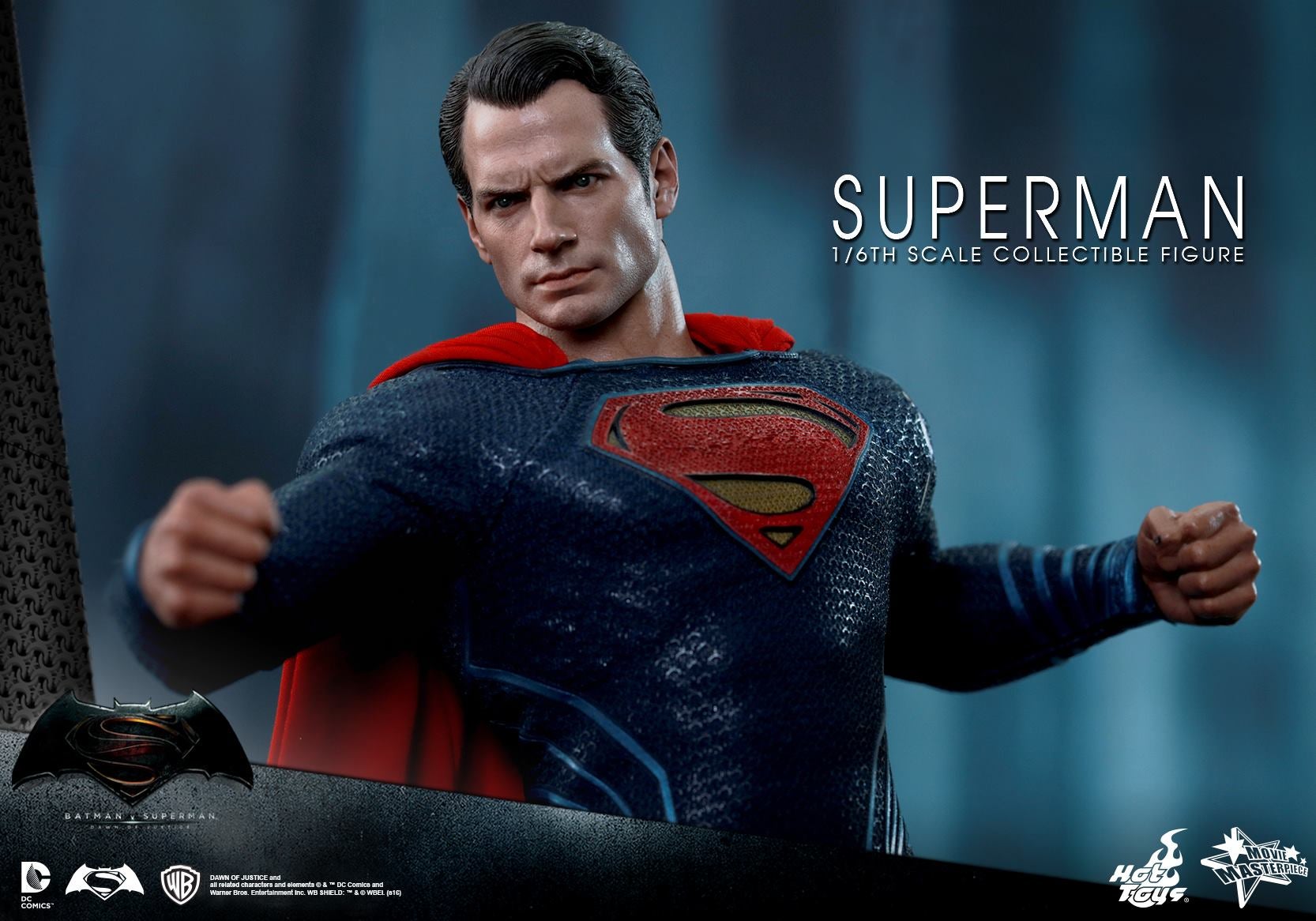 No pricing details have been released just yet, but both Batman and Superman will, as usual, be available to preorder from Sideshow Collectibles shortly — expect the usual price of around $US225 ($313) per figure ahead of their release in the middle of next year.