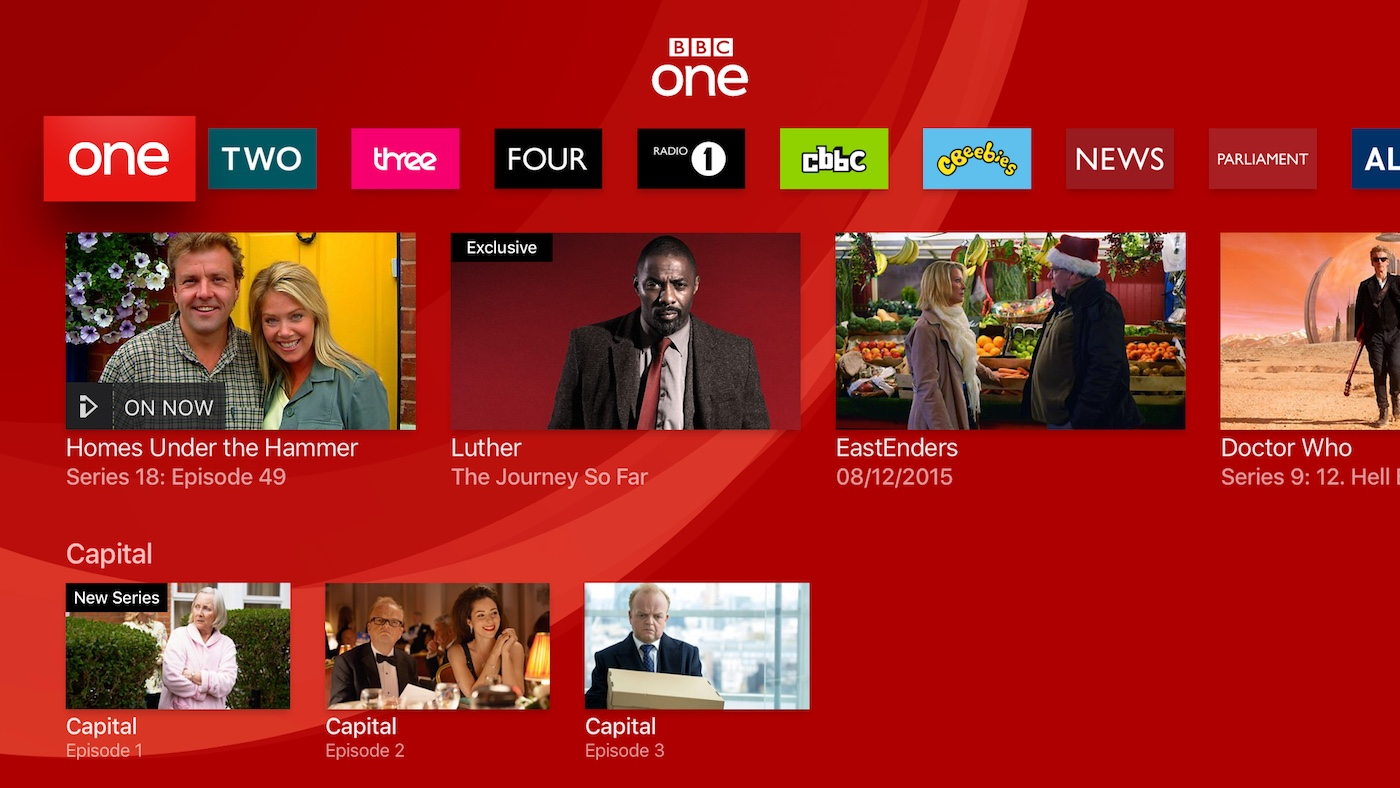 BBC's iPlayer has been conspicuous in its absence from the Apple TV for years. Yesterday, finally, that's changed. The BBC announced in October that iPlayer was headed to Apple TV "in the coming months", and it's kept its promise in time for the holidays. The new app provides the option to stream BBC content or watch shows purchased in the BBC Store. iPlayer had an update earlier in the year, providing features such as cross-device pause-and-resume and a My Programmes section, and they're all included in the Apple TV app.

It won't all be good news depending on where you live, though — because most of the BBC's content is limited to UK licence payers.