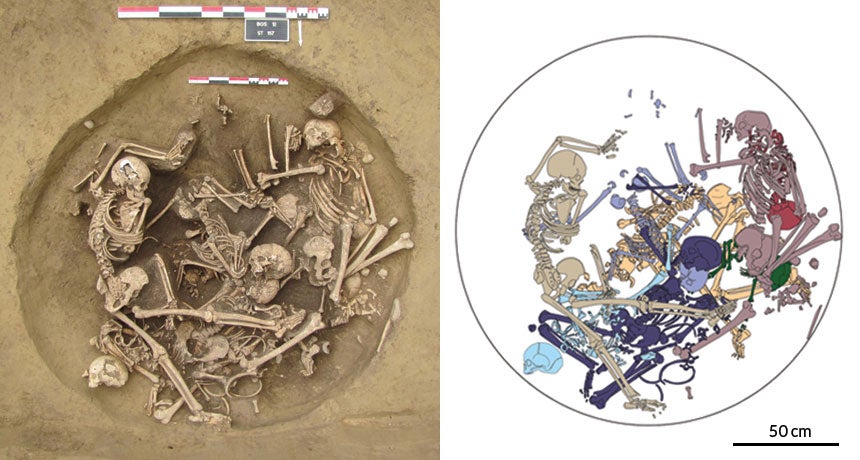 Scattered hand bones, severed arms, cracked skulls: if one thing is clear from this Neolithic burial pit, it's that some some serious shit went down 6000 years ago.

Circular burial pits like the one shown above were common during the Neolithic period in Central and Western Europe some 6500 to 5500 years ago. But rarely do graves from this time hint at so much brutality. This one, a 2m deep circular pit excavated in Bergheim, France, includes several complete human skeletons (coloured differently in the upper right) strewn atop a pile of left arms and hand fragments that appear to have been hacked off their former owners by axes.

The archaeologists behind the discovery suspect that the two men, one woman and four children buried at the top of the pit were killed during some sort of violent raid. The origin of the severed limbs below remains unknown. 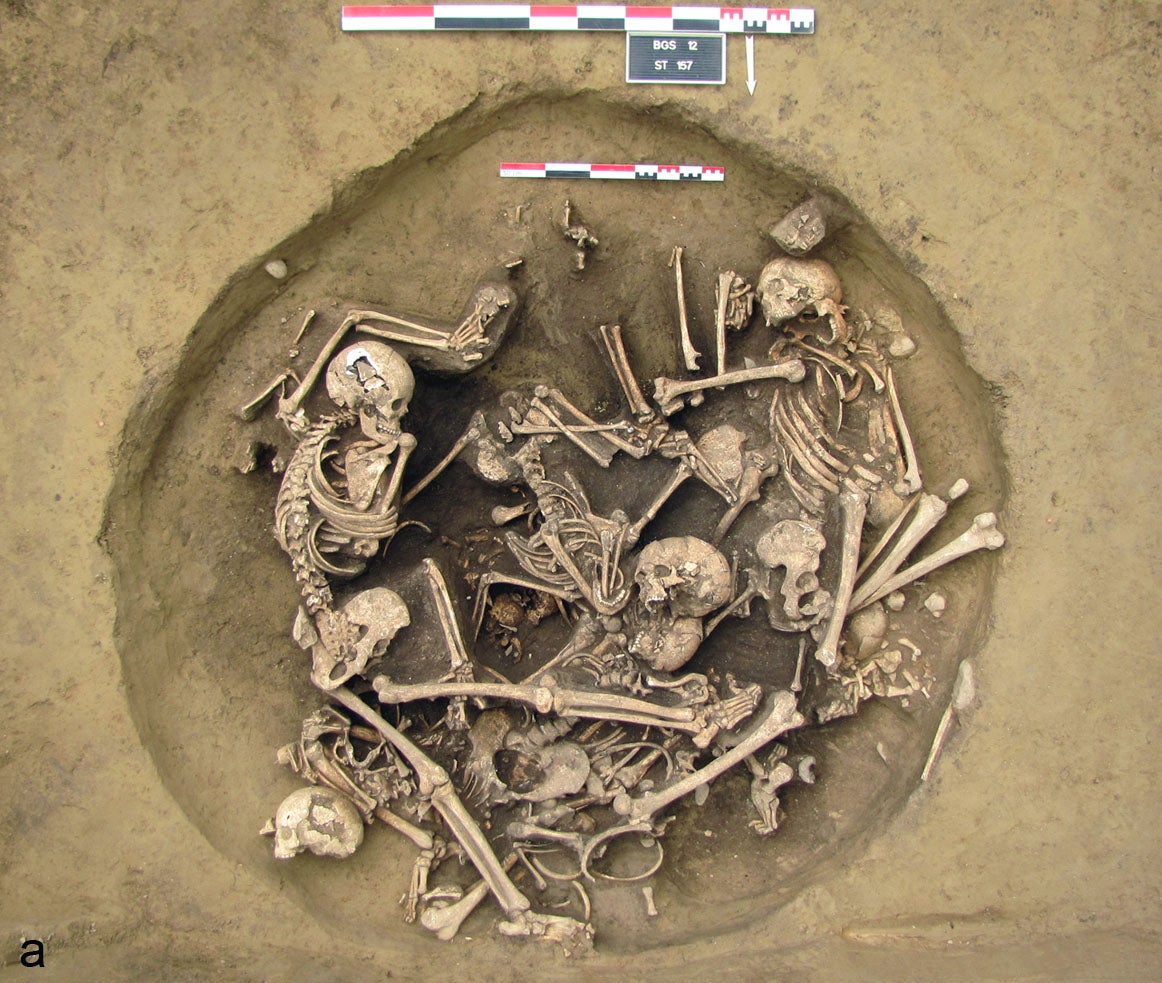 "For a long time, Neolithic societies were considered relatively egalitarian and peaceful," archaeologist and lead study author Fanny Chenal of INRAP told Gizmodo in an email. "But since several years a lot of research has shown that it was not the case." 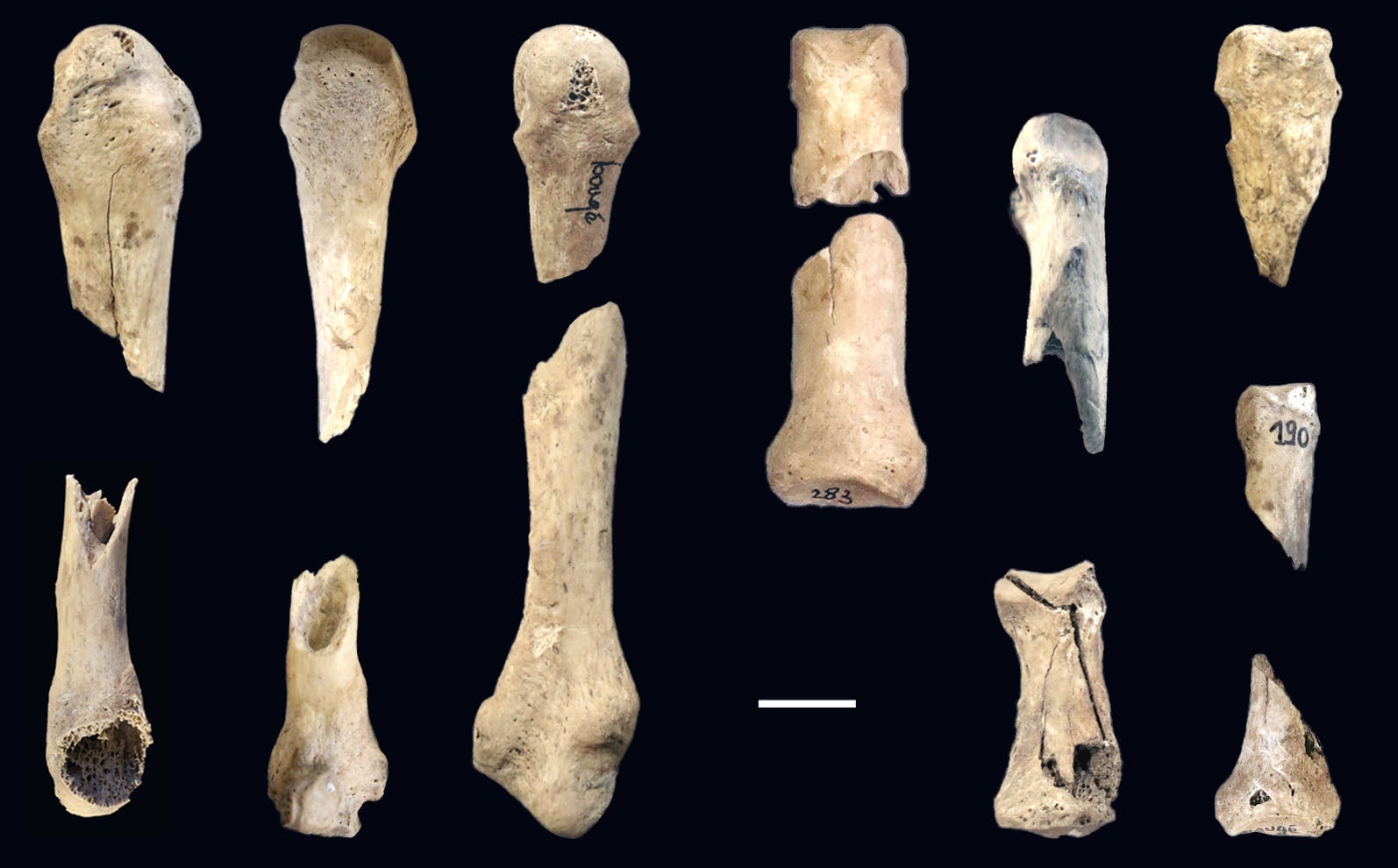 That research now includes an epic pile of carnage, which promises to stoke a long-standing debate over the use of circular burial pits. Some researchers suspect these pits are the remnants of storage silos that people stuffed full of bodies deemed unfit for proper burials. Others say the pits were dug for wealthy individuals, whose servants and slaves would have been murdered and tossed in the grave along with.

Now, it seems the pits could have played a third role in Neolithic society: vaults for trophy limbs chopped off people who were killed or mutilated during raids.

"Bergheim is the first discovery which allows to clearly link human deposits in circular pits and violence, probably armed conflicts," Chenal said. "It's a very important result, but it raises more questions than it answers."

My only question — would time-travelling to the Neolithic period be fun? — has been answered loud and clear.