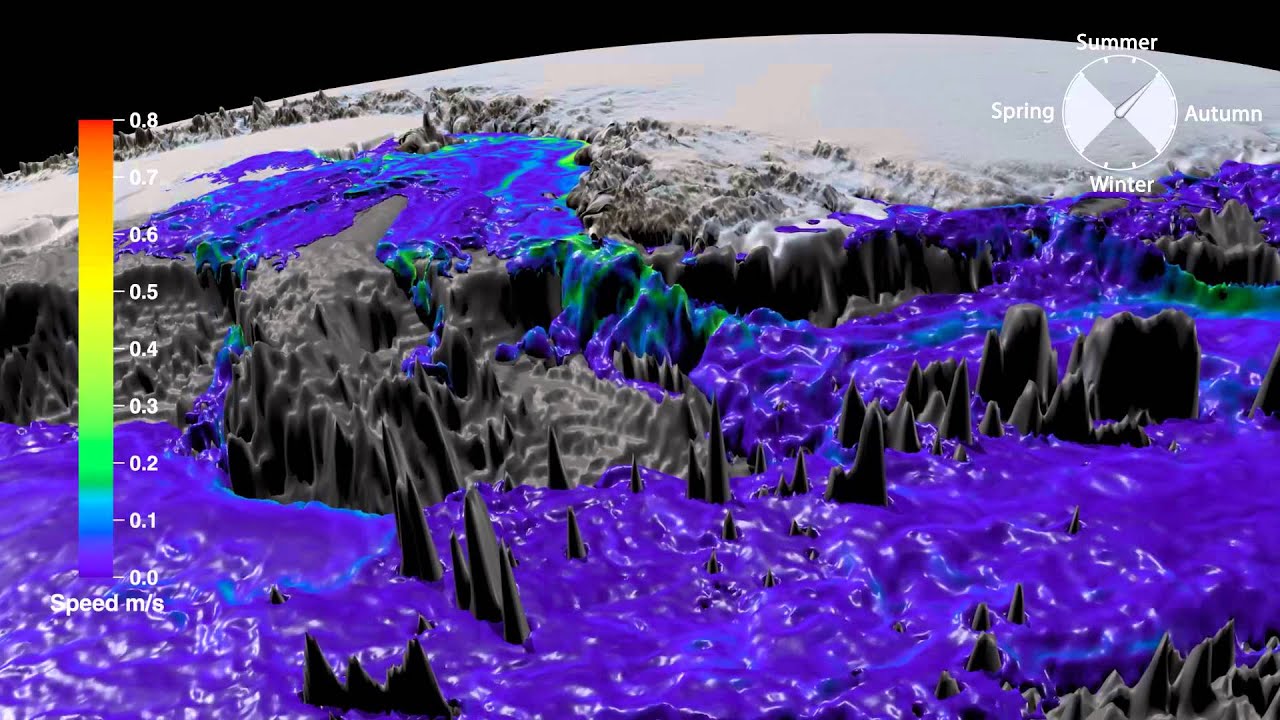 The movement of the densest and coldest water in the world makes a big difference to the planet’s climate, but we don’t know much about it. Australia’s most powerful supercomputer, Raijin — named for the Shinto god of thunder, lightning and storms — has been used to model an incredibly detailed look at the underwater currents around the Antarctic landmass, and the flow-on effects that movement has on temperatures and eddies around Earth.

Raijin is located at the National Computational Infrastructure facility in the ACT, and comprises 3592 compute nodes with a total of 57,472 cores in dual octa-core Intel Xeon Sandy Bridge processors, with 160 terabytes of main memory and 10 petabytes of short-term disk storage scratch space. This ain’t your grandad’s supercomputer — and it may be being superseded by a Cray-built machine for the Bureau of Meteorology in mid-2016, but until then, it’s the most powerful computational machine that Australia has to offer. It also costs $12 million a year to run.

And the Australian National University’s hub at the Australian Research Council’s Centre Of Excellence For Climate System Science has put Raijin to good use in crunching the numbers for the video you see above, showing the movement of near-freezing water around the world’s southernmost continent. Each second of the animation took seven hours to process using Raijin, which is used by a number of different contributors to the Centre for climate research.

Slightly amusingly named “Antarctic bottom water” — we promise we’re not laughing, guys — the phenomenon is what drives many of the major water currents in the basins connected to the Southern Ocean. This water is the coldest, most dense and most oxygenated water in the deep ocean, and actually plays a vital role in combating — or at least metering out — climate change, as it carries heat and carbon down into the deep ocean, rather than returning it to the atmosphere. Bottom water is the densest isopycnal layer, as opposed to antarctic intermediate water.

Between the cold and the inhospitable climate, it’s not exactly feasible for scientists to study the Antarctic portion of the Southern Ocean close up for extended periods of time; these visualisations make it easier to understand what’s actually going on as Antarctic sea ice melts — and sometimes doesn’t melt — year on year. You can watch this fascinating snippet of climate science in its full 1080p 60fps glory on YouTube. [ARC Centre Of Excellence For Climate System Science]