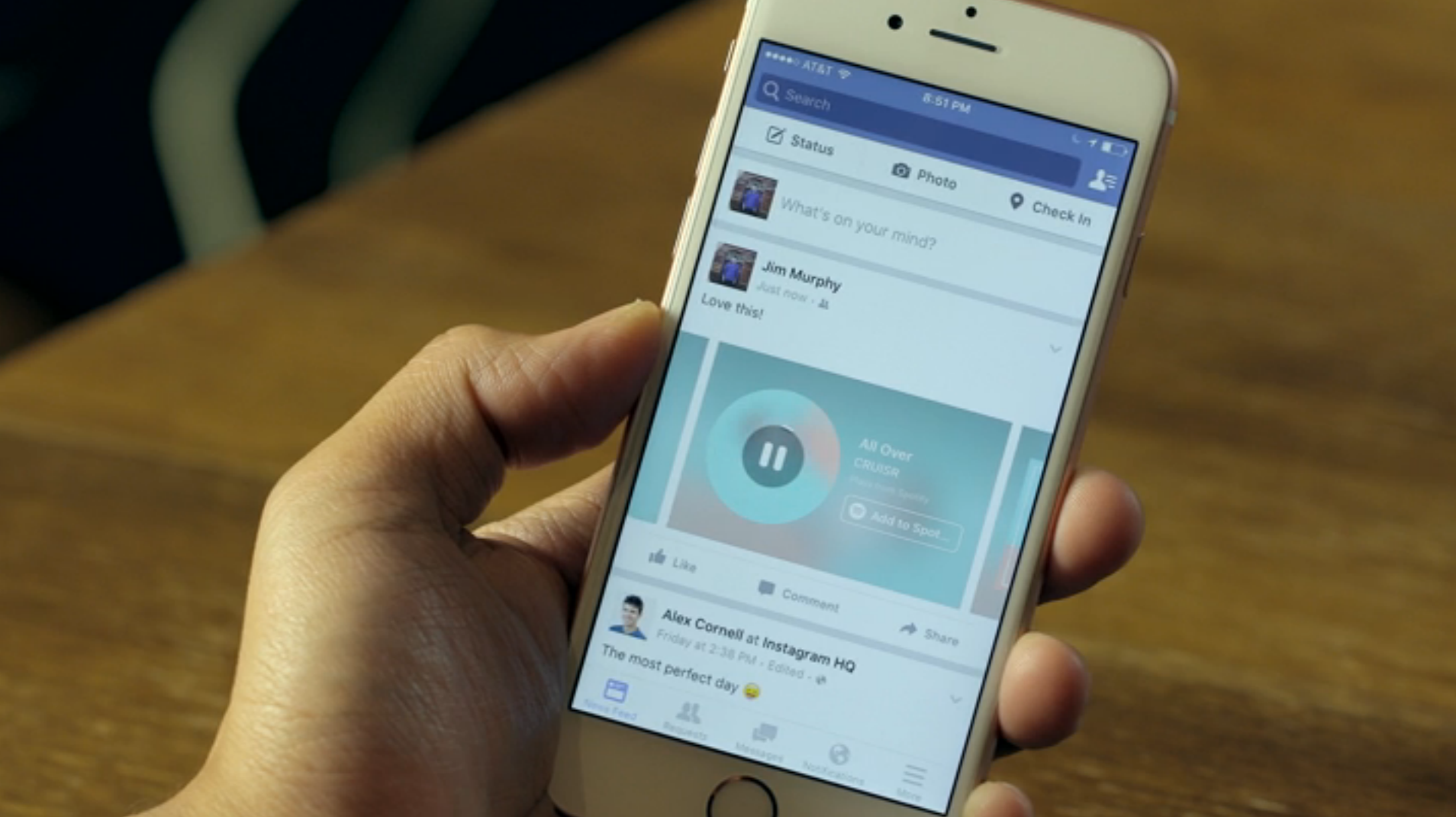 If you wanted to communicate just how “raw and emotional” that new cover of a cover of a cover of a Taylor Swift song is, Facebook probably wasn’t the website of choice. But now you can share 30-second clips on iPhone from Apple Music or Spotify for whenever you listen a song that is just absolute fire.

Facebook calls it Music Stories, but really it’s a way to put bring actual audio to your Facebook proclamations of musical excellence.

To make use of this feature, you can share in app or just paste a track link into a status box, and Facebook will take care of the rest. If you you click through to an Apple Music link, you’ll have the option to buy the song through iTunes (How very 2011!), but you can also stream from Apple Music or Spotify.

Another big bonus for Music Stories is its a more elegant way for bands to promote their own fan pages. Maybe your favourite ska band from 2003 will finally forsake MySpace for good. The feature arrives for iOS users starting today and the company says it will add more services as it grows.

Speaking of growing, it’s unlikely that this is the end of Facebook’s music ambitions. In July, rumours suggested that Zuck and Co. were maybe dipping their toes into making a full-fledged music streaming service. With hundreds of millions of users, they’d be crazy to at least not consider it. But the company confirmed that they’re not going to take it that far, and that talks with record labels were in associate with its growing video interests. Be that as it may, it’s unlikely that Facebook’s music ambitions stop at this simple implementation.

Couple of questions remain, mainly what services Facebook plans on adding and if people on Android also like to share music with friends. Regardless, I hope my friends appreciate my undying love of Broadway musicals.