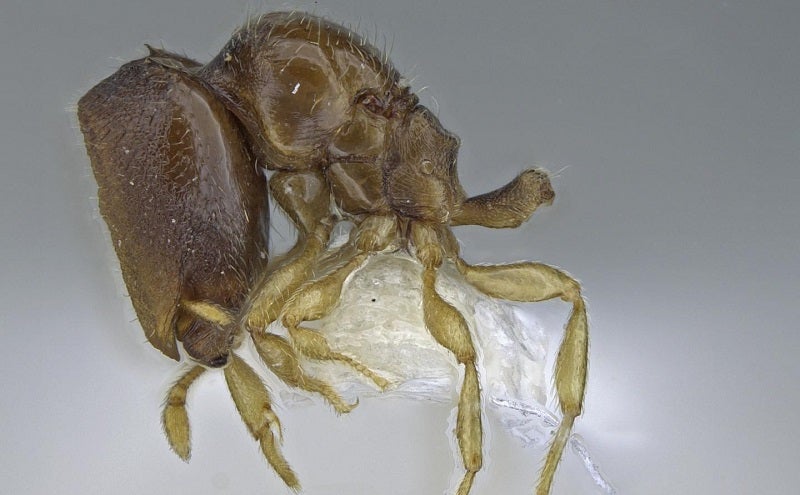 This is a worker ant of the newly-discovered species Carebara lilith. You may notice that it has an absolutely enormous noggin. Why? 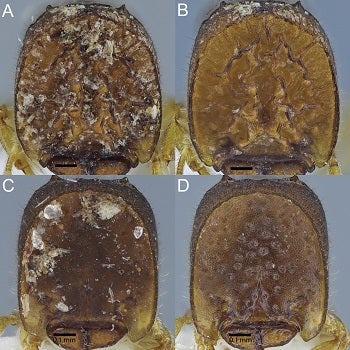 The first thing to notice about this specific sample is its comically over-sized head. If ants had a spine, that head would snap it. Just to add insult to injury, the head secretes slime. This makes organic matter and dirt stick to the head as the ant, which as a worker, goes about its business.

When there’s a threat to the nest, these moving thumbtacks manoeuvre themselves to the nearest entrance to the nest and jam their dirty heads into it, width-wise. Their heads perfectly fill the space, camouflaging and protecting it, while shields protect their eyes and antennae from attackers. This had earned them the name “door-head ants.” It’s probably earned them a lot of brain injuries as well, but that’s the life of an ant, for you.