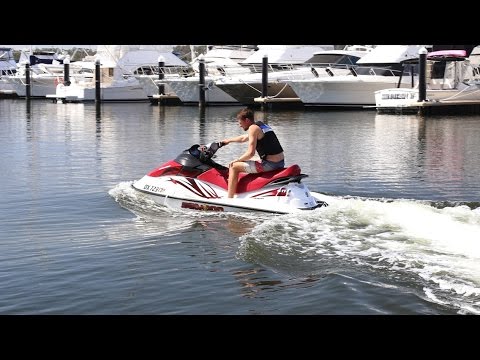 Those crafty engineers over at the University of Western Australia have designed Australia’s first electric jet ski, and invited folks along yesterday to see in in action.

It might be not too far off for you to vacation on a lake and not feel guilty about ruining said lake when you have some jet ski fun on it. In fact, whether you feel guilty or not, many protected bodies of water around the world have put a ban on petrol-guzzling water vehicles. You might just want to avoid giving the park ranger a heart attack and tell them beforehand.

Built by a group of students, the project also had a fair amount of outside support — including an exclusively designed motor from Submersible Motor Engineering, technical support from Total Marine Technology, and donations from the Australian Medical Association and Altronics.

You never quite see them ripping it up on the prototype in the video above, but petrol jet skis have been around a long time, so let’s put these electric ones through a few iterations before putting them side-by-side with the status quo.

According to UWA, the jet ski can go for around 30 minutes in its current form, though more batteries can be fitted. Directing the university’s Renewable Energy Vehicle project is professor Thomas Braunl, who said “the major challenge was to make everything water-tight and safe; from batteries, to switches and motor controllers.”

But then again, if you’re doing tricks, you might opt for the Bat-ski.