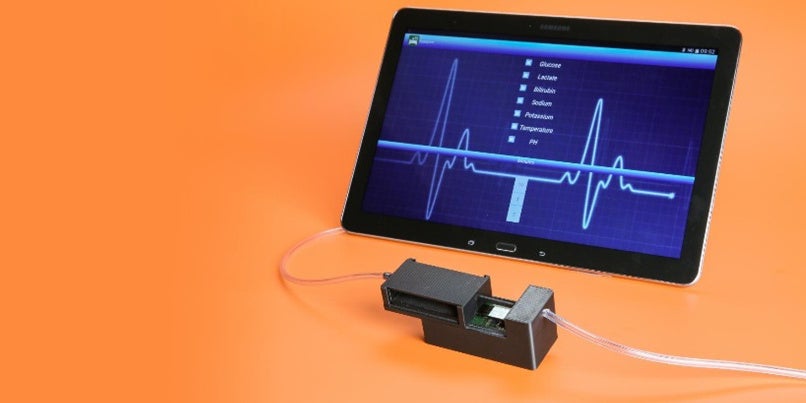 This tiny 3D-printed device doesn’t look all that, but it manages to keep track of five different substances floating around in your blood and sling the results to a nearby tablet using Bluetooth.

Created by researchers at the École Polytechnique Fédérale de Lausanne in Switzerland, the device keeps an eye on the metabolites glucose, lactate and bilirubin in the blood, as well as checking the levels of the ions calcium and potassium, all in real-time. It uses a series of biosensors to do that, then takes the results and sends them wirelessly so that doctors and nurses can keep an eye on them. It was presented this week during the BioCAS Conference in Atlanta.

About the size of a pack of chewing gum, it’s designed to be connected to a drainage tube that may already be in place on patient. The idea is that this single device could replace a series of other invasive monitoring devices and techniques in situations like intensive care. The device has been tested on rodents, and it’s hoped it could finds its way into hospitals in the next two years.