These Are The First Baby Giant Squid Ever Discovered 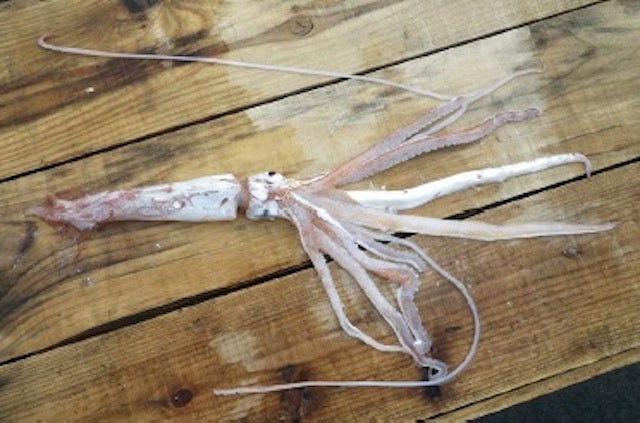 Giant squid are among the most mysterious creatures on the planet; the camera-shy behemoths lurk in murky ocean basins across the world. We’ve only seen adult giant squid a handful of times, and now, you’re looking at the first ever wee baby ones.

The three specimens of Architeuthis dux shown here measure only 5.5 to 13 inches (14 to 33cm) across, each weighing less than a pound. According to Motherboard, they were caught by fisherman off the coast of Japan in 2013, and sent to Toshifumi Wada, a cephalopod expert at the Institute of Natural and Environmental Sciences at the University of Hyogo, for identification. Wada quickly realised that these were no ordinary squid. 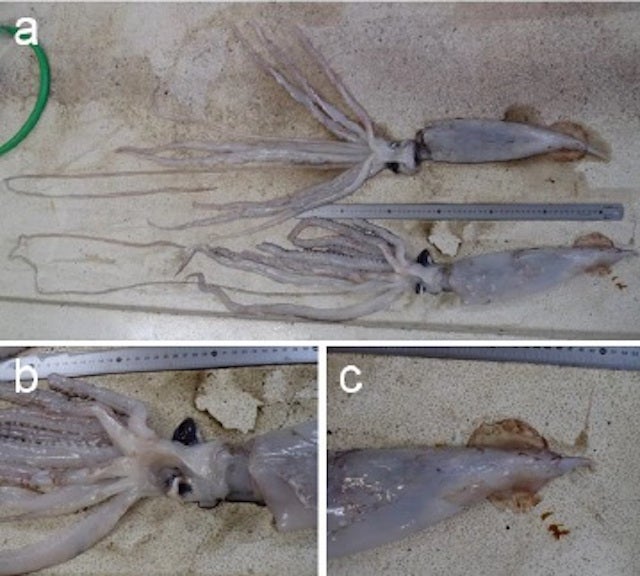 Baby giant squid (doesn’t the name just make you want to squee!?) are comparable in size to adult squid of other species. But Wada, who’s apparently badass enough to have captured an adult two years ago, could tell that these were baby giants based on the length of their tentacles and arrangement of sucker pads. This was later confirmed by genetic analysis. The squid are now slated to go on display in the Museum of Nature and Human Activities in Hyogo, and their discovery is detailed this week in Marine Biodiversity Records.

Hopefully, having a few baby giants on hand will help marine biologists learn more about these mysterious creatures, whose breeding habits and early development are largely a mystery. It’s often said that we know more about the surface of Mars than the deep ocean; this discovery serves as a reminder of how much exploring we’ve yet to do in our own backyard.