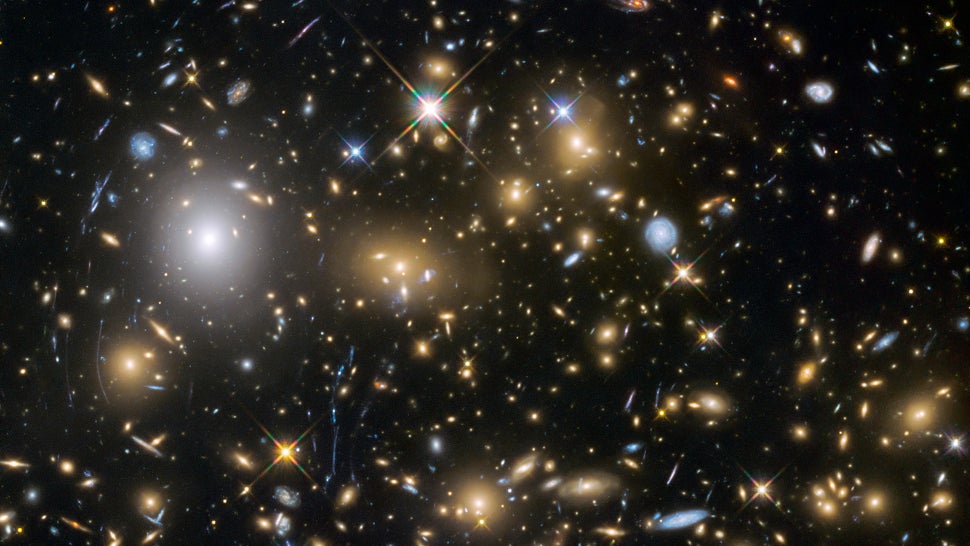 It’s time to update your desktop wallpaper, folks. The Hubble Space Telescope has captured some of the most remarkable images ever seen of the faintest and earliest known galaxies in the Universe. 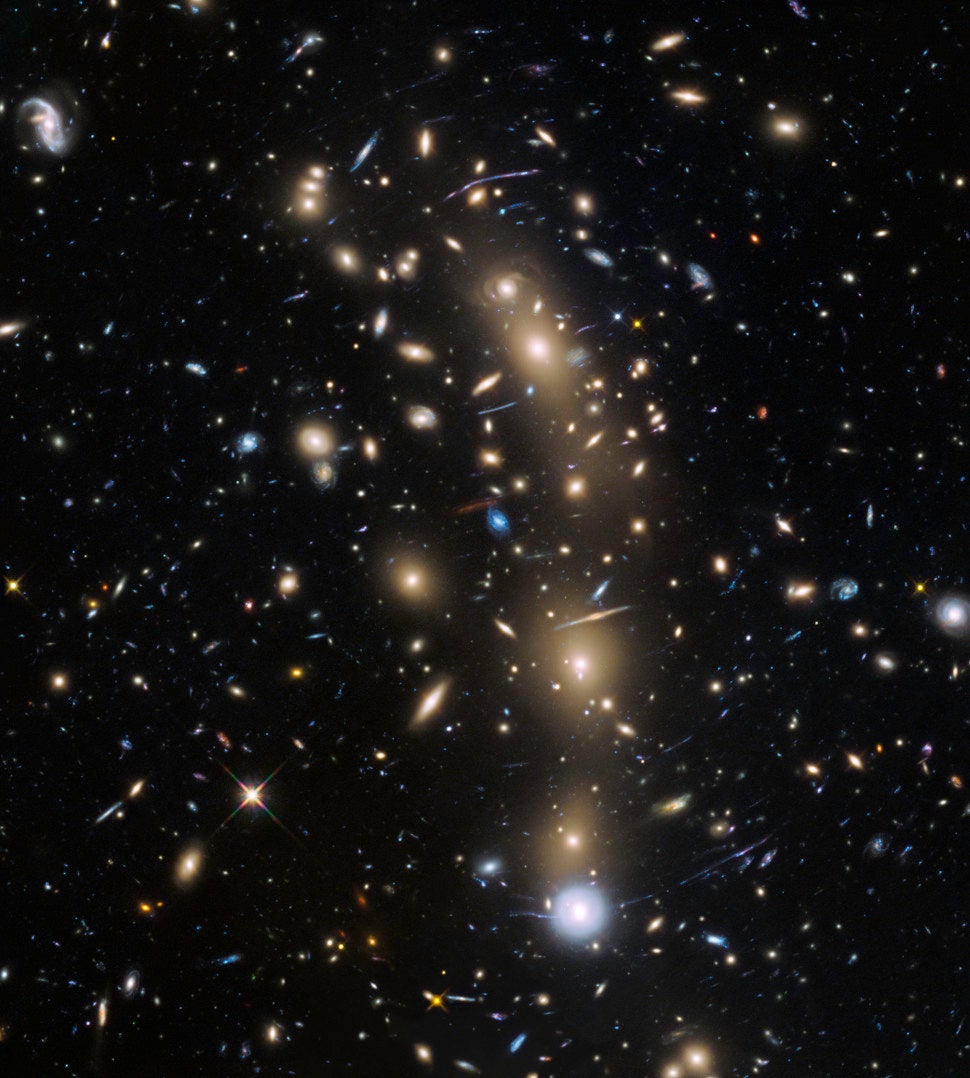 Using a technique called gravitational lensing — a phenomenon whereby intense gravitational forces can be leveraged as a kind of cosmic-scale magnifying glass — an international team of astronomers has catalogued over 250 “dwarf” galaxies that popped into existence a mere 600 to 900 million years after the Big Bang. It’s considered one of the largest samples of primordial galaxies yet to be discovered. 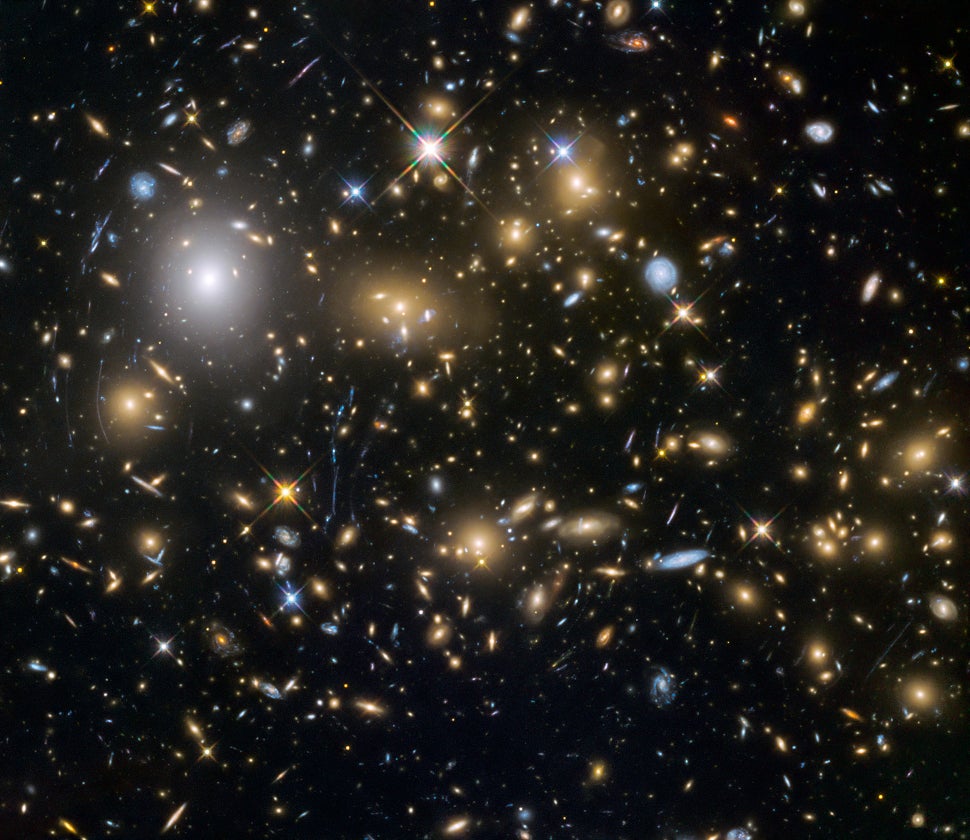 The light beams from these galaxies have been wafting through space for the past 12 billion years. It’s a unique opportunity for astronomers to peer back in time to when the Universe was still very young. 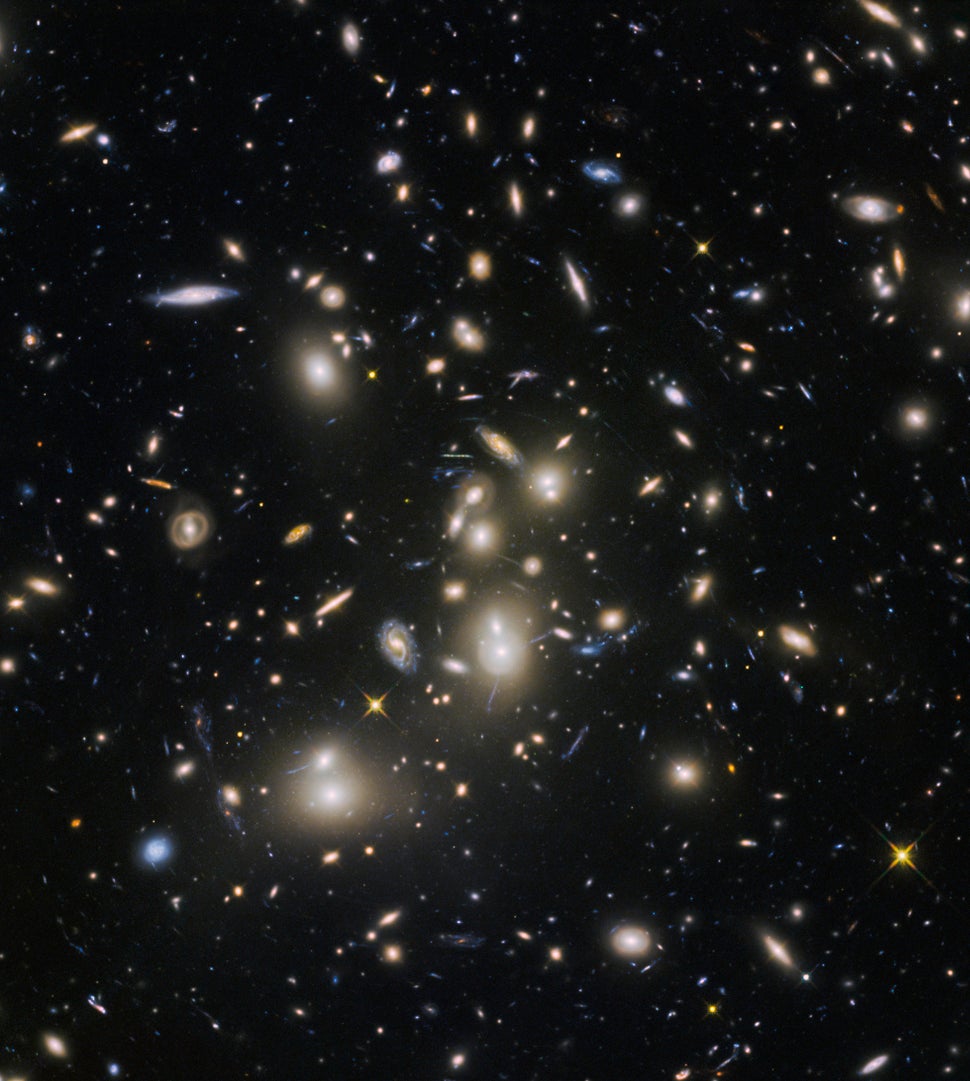 As a release from the Hubble site explains, the light emitted by these galaxies likely played a major role during the formative reionization epoch:

Reionisation started when the thick fog of hydrogen gas that cloaked the early Universe began to clear. Ultraviolet light was now able to travel over larger distances without being blocked and the Universe became transparent to ultraviolet light.

By observing the ultraviolet light from the galaxies found in this study the astronomers were able to calculate whether these were in fact some of the galaxies involved in the process. The team determined, for the first time with some confidence, that the smallest and most abundant of the galaxies in the study could be the major actors in keeping the Universe transparent. By doing so, they have established that the epoch of reionisation — which ends at the point when the Universe is fully transparent — came to a close about 700 million years after the Big Bang.

If you think these images are impressive, just wait until the space-based James Webb Telescope comes online sometime around 2018-19.

All these images are available in wallpaper size, which you can find here.