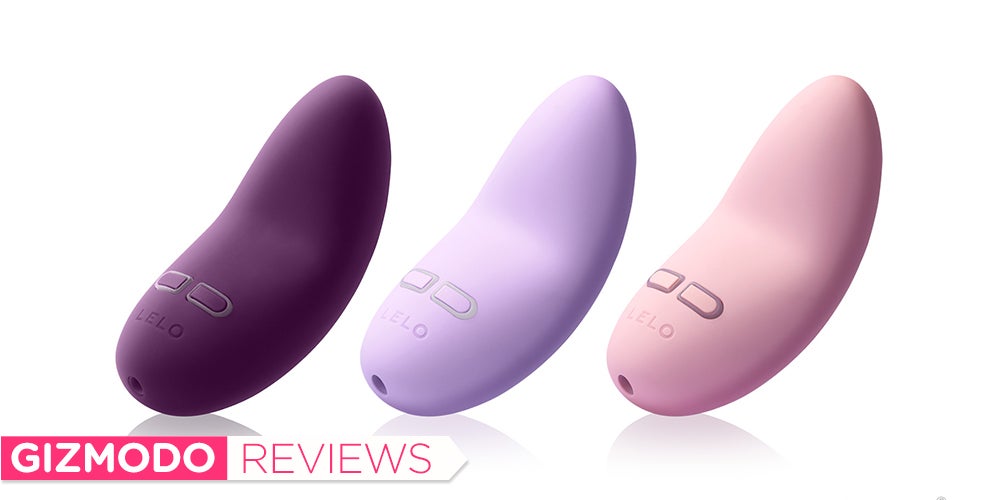 There are three versions of the vibe, colour-coded by scent: dark purple is for wine and chocolate, pink for the super-floral rose and wisteria, light purple for lavender and honey. It’s a fun gimmick, but an unscientific one.

While the scents they have used smell nice, and all of them are certainly derived from plants that have been called aphrodisiacs in the past, there’s no credible scientific evidence that any of them actually produce physiological changes in people that increase desire. What’s more, you’re usually supposed to eat an aphrodisiac, not smell it.

Still, the placebo effect can be a powerful thing, and maybe an odor can help set the mood. We decided to find out. The company sent us a lavender and honey model, which we passed on to a member of Throb’s anonymous testing panel. She had mixed feelings about it:

The vibe has both broad and pointer areas for diffuse or more pinpointed stimulation. Its curved shape is supposed to let it sit comfortably between partners during intercourse, but our tester had no feedback for that particular feature.

My partner’s not a fan of that much vibration. I flew solo this time.

Strong motor means strong vibration, if that’s what you like.

Waterproof and easy to clean.

Good battery life. Like most high-end vibes, the LILY 2 has an internal rechargeable battery and comes with a USB charger. It reliably runs for around 4 hours when it’s fully charged.

What’s Not So Good

Tiny buttons that you have to mash really hard make it hard to change vibration modes.

Lower speeds are only available in the basic continuous vibration mode, not in the patterned vibrations.

If you like stronger vibrations, get it for the juiced motor and the comfy shape, not the scent gimmick. [LELO]